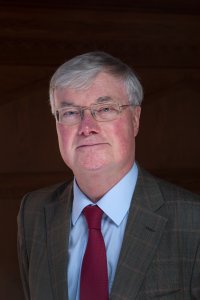 Jaap de Zwaan is currently an emeritus Professor of European Union Law. His professional background concerns the domain of European integration. During his career he was, respectively, member of The Hague Bar; worked for more than 18 years for the Netherlands Ministry of Foreign Affairs; was Professor of European Union Law at Erasmus University Rotterdam; Director of the Netherlands Institute of International Relations; and Professor of European Integration at The Hague University of Applied Sciences. De Zwaan has participated in negotiations at the European Union level regarding EU treaties, the accession of new member states and the harmonization of national legislations. He also was agent of the Dutch Government in numerous cases before the EU Court of Justice in Luxembourg. In 2014, he received the Dutch Royal decoration ‘Officier in de Orde an Oranje-Nassau’. With regard to the NHC’s work, De Zwaan attaches particular relevance to fundamental principles such as democracy, the rule of law, independence of the judiciary as well as human and fundamental rights.