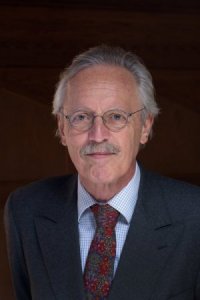 Piet de Klerk has over 25 years experience in diplomacy and international politics at the Netherlands Ministry of Foreign Affairs, in particular in the security and human rights fields. Most recently, de Klerk was Ambassador at Large for the Netherlands Ministry of Foreign Affairs, during which time he acted as Special Envoy for Counterterrorism. Prior to this, he was the Ambassador to Jordan, where he focussed on matters of humanitarian assistance and human rights. De Klerk was also Ambassador for Human Rights, where he was responsible for human rights dialogues with other states and civil society organizations in the Netherlands and abroad. He has also worked extensively in the security field of nuclear disarmament and arms control. He worked for five years at the International Atomic Energy Agency, and in recent years was chairman of the Nuclear Suppliers Group and the Missile Technology Control Regime. He still is one of the co-chairs of the International Partnership for Nuclear Disarmament Verification.