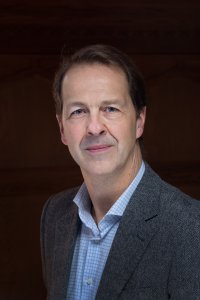 Rick Lawson is a law professor and current Chair in European Human Rights Law at Leiden University. Previously, from 2011-2016, he was the Dean of Leiden Law School. In his research, he focuses on human rights and the rule of law, specifically on how European organizations – including the OSCE – contribute to global and regional human rights. Lawson advises the Council of Europe, notably the Parliamentary Assembly, and the European Union on issues surrounding human rights. He also previously worked as a lawyer for the European Commission of Human Rights in Strasbourg and was a founding member of the EU Network of Independent Experts on Fundamental Rights. Lawson’s first position (1988) was actually at the NHC as the Committee’s first paid staff member. Lawson’s motivation for being on the Committee is the belief that the organization can play a very useful role in the promotion of human rights and the Rule of Law and that there is a great potential for synergy between the NHC and academia.

Lawson studied law and received his doctorate degree in law from the University of Leiden. He has also conducted research at the Europa Institute in Edinburgh.