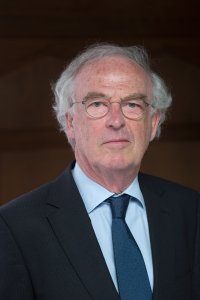 Lodewijk (Lo) Casteleijn has over 30 years of experience in security and defense issues and international affairs. He worked at the Ministry of Defence of the Netherlands from 1982 until 2011. Most recently, Casteleijn served as Principal Director of the Department for General Policy Affairs and was responsible for advising Dutch ministers on aspects of Security and Defence policy. He specialized in matters relating to NATO, the EU’s Common Security and Defence Policy, nuclear and proliferation issues, crisis management and the political aspects of international military operations. Casteleijn has also previously led Dutch delegations to NATO and the EU.

Prior to working at the Ministry of Defence, Casteleijn was Policy Advisor to then Minister of Foreign Affairs Max van der Stoel. Currently, Casteleijn is Chairman of the Foundation Raam op Rusland, a forum for knowledge exchange, analysis and debate on Russia. He is also a Senior Research Fellow (associate) at the Clingendael Institute for International Relations and a member of the Commission on Peace and Security of the Dutch Advisory Council on International Affairs (AIV). His main motivation for joining the NHC is the crucial rationale of the organisation’s work to sustain the realization of the basic principles of the Helsinki Treaty (1975) and the Charter of Paris (1990) in different and much more difficult circumstances.