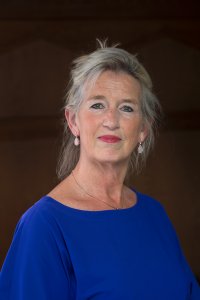 Marijke van Veen was the Director of the Veiligheidsregio Gelderland Zuid from 2008 until 2017, a collaborative organization between 16 municipalities and one of the 25 safety and security regions in the Netherlands. In this role, van Veen was responsible for coordinating effective and comprehensive disaster and crisis response, working with a broad range of partners including the Dutch Ministry of Defence and the Municipal Health Services. Prior to this, van Veen has held several senior management positions in the Dutch prison system. She was as Deputy Sector Director at the Gevangeniswezen (prison administrative body) from 2004 until 2008. Van Veen also holds several board and committee positions, including membership of the Council for the Administration of Criminal Justice and Protection of Juveniles and Deputy Chairship of the Commission for the Supervision of Detainee Care in Central Netherlands. Van Veen hopes to bring her considerable expertise on prison administration to her work with the NHC.

She holds a Doctoral degree in Andragogy from the University of Groningen.