The project “Promoting a Victim-Centred Approach in Trafficking Cases in Albania and Bosnia and Herzegovina” was successfully completed on 3rd July with the conclusion of the Sarajevo conference (pictured above). This project supported capacity building of the judiciary and the prosecution service in Albania and Bosnia-Herzegovina (BiH) in the fields of investigation, prosecution and adjudication of trafficking cases to comply with the applicable EU standards. Special attention was given to the improvement of the position and treatment of victims/witnesses in criminal proceedings.

The leading project participant was the Netherlands Helsinki Committee (NHC). Cooperation partners included the judiciary and prosecution service and their professional organisations; the judicial academies, the relevant ministries, NGOs, and their Dutch counterparts. Universities were approached for assistance in the selection of students as Case monitors. The main Dutch counterparts were: Studiecentrum Rechtspleging (SSR, Dutch Judicial Academy), Raad voor de Rechtspraak (Council for the Judiciary), Dutch judges and prosecutors.

The NHC cooperated with Dutch experts and local NGO counterparts to conduct research on existing legislation and implementation, with a focus on the protection of the rights of victims. The outcome fed directly into a long and intense training programme for judges and prosecutors in both countries. A select group of the participants were trained to transfer their expertise in applying a victim centred approach in trafficking cases to colleagues in their countries and in regional activities. Through monitoring of court cases and research, the project gathered solid evidence of the gaps in the implementation of the protective framework for trafficked persons. Training sessions on trafficking in human beings are now part of the curriculum in Albania and are being further professionalised. Similar courses have been included within the curricula by the training academies in BiH.

Most reactions, gathered by a large external evaluation, expressed that prior to this project the situation of victims of trafficking in these countries hardly improved. Since the NHC and its partners have started this project, this has changed significantly. One of the problems in tackling this situation is that trafficking cases often are not labelled as such. Prostitution is illegal in both Albania and BiH, and in many cases victims of trafficking who have been sexually exploited, are seen as offenders. The same applies, for example, to children who are exploited for begging or committing petty crimes. The very low number of cases reported suggests that victims are very rarely identified as being victims of trafficking. Furthermore, as in any illegal activities in which money plays a central role, trafficking is very sensitive to corruption, involving officials at many levels and affecting entire systems. In BiH, as in Albania, the attitude of the judiciary is predominately oriented towards the interest of the investigation and prosecution and much less towards the rights and interests of the trafficked persons/victims.

The most encouraging change, with regard to the impact, is related to the judges and prosecutors. There are signs that they, being involved in the core group of trainees, are changing their attitudes and behaviour in investigation and trial proceedings. The project has also contributed to reciprocal learning and strengthening the relations between Dutch judiciary institutions and training academies and the targeted counterparts in BiH and Albania.

More focus on the rights and position of victims

A shared problem in both countries, and in many countries in the Southeast of Europe, is that the relevant legal provisions on trafficking and the protection of the privacy and safety of victims are largely in place, but that they are not implemented in practice. Moreover, the attitude towards victims, especially those trafficked for the sex industry, is often highly problematic. Generally, there is little attention given to the position of victims/witnesses and the protection of their privacy and safety within the judicial system. Cross-examination and direct confrontation with the perpetrators is still common, victims have no access to legal aid and compensation is rare. This often leads to their secondary victimisation through the criminal process.

The proposal for the continuation of this project, to expand and strengthen the victim-centred approach towards trafficked persons, was recently declined for funding by the Ministry of Foreign Affairs. To reflect upon the conclusion of this project the NHC interviewed our partner throughout, human rights consultant Marjan Wijers. In the below interview Marjan reflects on the difficulties the project faced and discusses its success and challenges as well as her feelings about the discontinuation of the project.

Interview with Human Rights Consultant Marjan Wijers on the conclusion of the NHC project: “Promoting a Victim-Centred Approach in Trafficking Cases in Albania and Bosnia and Herzegovina” 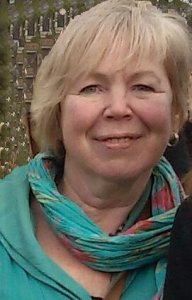 Marjan Wijers: “I have been involved with the project since the conception of the proposal and throughout its development with other partners. The project, along with the other anti-trafficking projects the NHC has implemented in its recent past, builds on the first anti-trafficking work undertaken in Serbia with NHC’s long time NGO partner Astra-Anti Trafficking action. The NHC and me developed and organised the first lawyers’ trainings on trafficking in human beings and created a well-functioning national network of victim lawyers.

In the case of Bosnia and Herzegovina (BiH) one of the difficulties is that the country consists of three different entities plus the overall state of BiH and that they each have their own jurisdiction. This makes it very problematic to bring consistency across the 4 judicial jurisdictions. Until last year, for example, human trafficking was not separately criminalised in the Penal Code of the Federation Bosnia Herzegovina.

In Albania, the task itself was eased slightly by the fact that the country is smaller in scale and that all trafficking cases are dealt with by one central Serious Crimes Court. However, it is the local courts that have to identify trafficking cases and refer them to the Serious Crimes court. Another problem is that sex workers themselves are criminalised. So, it depends on local courts whether they identify a case as prostitution or trafficking, this determines whether a victim is punished or assisted and protected. This also shows the importance of building a basis to train people in order to achieve and maintain consistency. It also shows how criminalising sex workers not only makes them vulnerable for abuse and other human rights violations, but also hampers the effective combat of trafficking.

Most states tend to focus on the prosecution and punishment of the perpetrators, while the protection of the rights of trafficked persons lags behind. This also applies to BiH and Albania. The effect is that

“Trafficked persons are being used twice; once by the criminals for monetary gain, second by the judicial system for evidence”

This is what the project aimed to change: to lay the foundations for altering perceptions, within the judicial framework, towards trafficked persons and to train judges and prosecutors to take their rights and interests into account. This is not only important for victims of trafficking but for all victims of crimes.

“Criminal law is not made for victims, basically they have the same status as fingerprints”

This is only slowly changing under the influence of what you could call a victim-emancipation movement, as for example reflected in the EU Victim Directive. Yet, it is also in the interest of the prosecution. If victims are well cared for, they are also better witnesses. Chances are higher that they maintain – or dare to maintain – their statement and they are more willing to press charges. NGO’s are key in this development.

“NGO’s are the engines behind change”

They are one of the most influential and valuable stakeholders in creating change. NGO’s generally are very dedicated and represent a critical and continuous factor in bringing about change. NGOs can play an influential and valuable role when it comes to enabling change within this field. As NGO’s are predominantly vocational entities, they are consistent in their objectives and focus. The work they carry out is aimed at being continuous, in spite of trends or lack of interest from other stakeholders. By training judicial professionals to train their colleagues the project has created a ripple effect throughout the judicial regional structures, helping to administer a new approach and increase awareness of the needs and rights of victims in trafficking cases.

Therefore, for the above reasons, the discontinuation of the project was surprising, unfortunate and hard to accept. As one of the Dutch judges involved in the project expressed, “You work so hard together for a number of years. I have the feeling that I let down my partners and participants in the countries where we worked.” However, perhaps most importantly the foundations you have created will no longer be built upon which effects the longevity of the work.

Work on the follow-up proposal has been an intense and concentrated effort from all those involved, in order to develop a strong proposal that answered to the needs of the partners.

The continuation of the project, should funding have been granted, would have expanded towards strengthening the understanding of other stakeholders, such as the police and labour inspectorates, in how a victim-centred approach to trafficked persons can be adopted by all parties who are in contact with these victims. In conjunction, the project would have also involved lawyers, as they have a key role in defending the interests of victims.”

This project was funded by the Dutch Ministry of Foreign Affairs (MATRA CoPROL).

To read the full report on the projects conclusion, click here.