Amid the recent coup-related wave of purges in Turkey, at least 1,684 judges and prosecutors have been taken into custody to the regime, as they have been held in detention pending investigation.

Turkish authorities have presented no evidence or proof to corroborate the arrests or alleged criminal conduct, according to the report released by Human Rights Watch. Arrest warrants were issued by the Turkish judiciary on the grounds of an alleged association of the arrested judges and prosecutors with the Gülen movement. According to the authorities, this is a terrorist organization that purportedly orchestrated the coup. 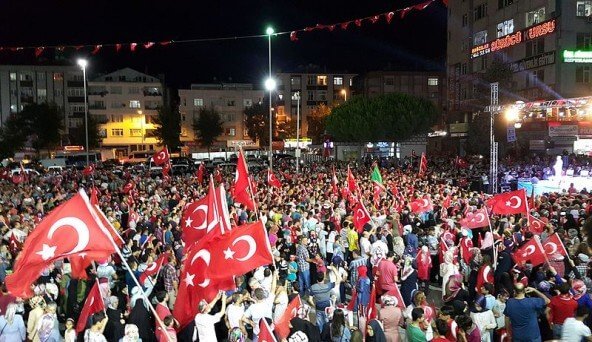 Under a July 23 government decree, judges and prosecutors “assessed to be members of terrorist organizations or a structure, entity or groups that carry out activities that the National Security Council has ruled are against national security or assessed to be in connected or in contact with them” were promised to be permanently discharged from their posts. The European Court of Human Rights criticized such “general and abstract” justifications for detention. Instead, evidence of specific facts and personal circumstances are needed to validate the detention and confirm that an offense has been committed.

“Jailing judges without even the pretense of due process will cause profound damage to Turkey’s justice system for years to come. Bypassing the rule of law is no way to protect it.”- said Emma Sinclair-Webb, Turkey director at Human Rights Watch.

This interpretation of the demeanor of the Turkish judiciary is not shared by Deputy President of High Council of Judges and Prosecutors Mehmet Yılmaz. He asserted that the Ankara prosecutors’ office had issued a decision to detain 2,740 judges and prosecutors after a two-year investigation of their alleged membership of “the Fethullah Gülen Terrorist Group/Parallel state structure (FETÖ/PYD)”

The judicial crackdown has been widely criticized by human rights groups and the EU Supreme Courts officials, voicing concerns about the lack of independence of the judiciary in Turkey. The precarious post-coup instability that reigns in the country at the moment might erode judicial independence and separation of powers even further.