Deliverables of the EU Eastern Partnership

On 9 July 2018, Lawrence Meredith, Director for Neighbourhood East, Directorate-General for Neighbourhood and Enlargement Negotiations (DG NEAR) of the European Commission attended a meeting with Dutch civil society and government representatives in The Hague. The meeting revolved around the progress of the “20 Deliverables for 2020,” which aims to deepen and strengthen relations between the European Union, its Member States and the Eastern Partnership (EaP) countries: Armenia, Azerbaijan, Belarus, Georgia, the Republic of Moldova and Ukraine. 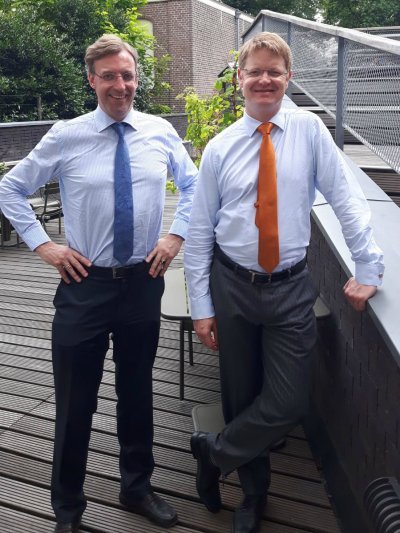 The meeting opened with introductory remarks by NHC Executive Director Pepijn Gerrits, who spoke about some of the challenges in the EaP initiative. These included:

“The whole essence of this agenda is about building trust vis-à-vis citizens,”- Lawrence Meredith

“The whole essence of this agenda is about building trust vis-à-vis citizens,” said Meredith, not only referring to the people in the countries he works but also the people of the EU. “My job is to ensure type of projects we do benefit those on the ground in a way that we can explain it to people outside of the country…,” he explained.

Reform was a focal point in the discussion about how trust can be built. Meredith mentioned “judicial reform, tackling corruption, and public administration reform,” as requirements for a credible process also noting that good governance was one of the most difficult areas to tackle. He pointed out that “judicial reform is the biggest insufficiently addressed challenge in the Western Balkan region,” an area and region the NHC focuses heavily on in its work on the Rule of Law.

The challenging nature of the agenda was recognised by all participants. Other participants suggested that judicial reform remains slow, due to the difficulties in fomenting an ingrained democratic and critical culture in the local populations. Several civil society representatives called for a more ambitious and comprehensive agenda for DG NEAR that tackles, inter alia, political reform within countries, peacebuilding in protracted conflicts of the region, freedom of the media, reforming visa policies, and communicating the importance of the agenda to EU citizens. 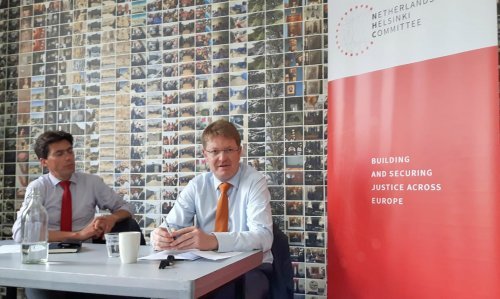 One Size Does Not Fit All

Meredith also stressed the need for differentiation in strategy and approach between the EaP countries, avoiding the “one-size-fits-all” mentality. The idea of differentiation goes beyond the strategies per country, but also the strategies amongst all actors. Meredith stressed that primary responsibility for reform within a country remains in the hands of the national governments. He pointed out that the work of DG NEAR deals with central governments, making work at the local level more difficult to achieve, whereas individual states have more flexibility in forming the relationship and policies approached with specific countries. In response to the question of the role of civil society and shrinking space, Meredith stated, “There is substantial space… even in Belarus and Azerbaijan, there are areas we can engage like working with vulnerable groups, [civil society can] strengthen work in that area while maintaining dialogue on human rights defence.”

There is substantial space… even in Belarus and Azerbaijan, there are areas we can engage like working with vulnerable groups, [civil society can] strengthen work in that area while maintaining dialogue on human rights defence.”- Lawrence Meredith

Progress of the 20 Deliverables for 2020

In addition to the long and substantial discussion about what approaches should be pursued in the agenda, Meredith also described the progress that has been made up until now including:

The NHC is deeply involved in the promotion of judicial reform in and around the EaP region, through The Matra Rule of Law Training Programmes, aimed at capacity building and institutional development through exchange, and programmes focused on prison and probation reform. In addition to judicial reform, the NHC also works on challenging judicial systems that fail to comply with universal rights and fundamental freedoms through work on human rights defence and mainstreaming human rights in broader fora (e.g. International Association of Prosecutors.)