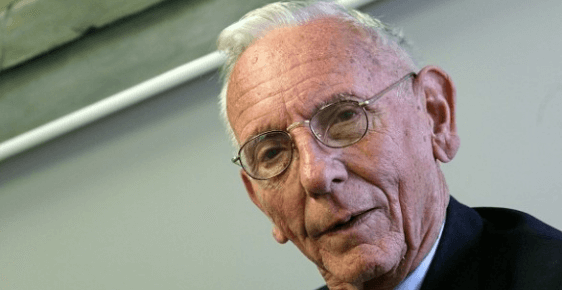 The Netherlands Helsinki Committee congratulates the Foundation Max van der Stoel on their establishment in June 2013. The new Foundation is linked to the Dutch Labour Party (Partij van de Arbeid), of which Max van der Stoel was a member. The Foundation’s aim is to work internationally on Democracy, Development and Dialogue. It is a merger of the old Evert Vermeer and Alfred Mozer foundations.

Max van der Stoel was a diplomat, politician and government minister for whom human rights and international solidarity were central to his work. As Minister of Foreign Affairs, he attended the 1975 inter-governmental conference at which the Helsinki Final Act was agreed, and which led to the establishment of the present Organization for Security and Cooperation in Europe (OSCE). In 1993, he became the first High Commissioner of National Minorities of the OSCE. He was one of the founders of the Netherlands Helsinki Committee, and served as Honorary Chair from 2000 until his death in 2011.

One of the 2011 issues of the journal Security and Human Rights, co-published by the Netherlands Helsinki Committee, was completely devoted to Max van der Stoel. A number of articles of this special issue are available on the Security and Human Rights weblog: on his work around 1970 to defend democracy in Greece, on his assignment as UN Special Rapporteur on Iraq , recollections from a personal advisor when van der Stoel was High Commission on National Minorities, on his activity in Latvia as High Commissioner, and a tribute by former Dutch Prime Minister Wim Kok.

The full issue contains 41 articles (table of contents). This unique collections of documents with many personal recollections and unique details of this work and personality is still available and can be ordered by transferring 18,00 euros to the Netherlands Helsinki Committee bank account, IBAN NL48INGB 0000 4178 08. Please make sure your address data are transmitted, or send a special email advising us of your address to shr@nhc.nl.