Grave concern about the arrest of three Turkish human rights defenders and journalists.

Members of the OSCE-wide NGO coalition Civic Solidarity Platform express their grave concern about the arrest on the 20th of June 2016 of the President of the Human Rights Foundation of Turkey (HRFT), Sebnam Korur Fincanci, Erol Onderoglu (journalist associated with Reporters Without Borders) and Ahmet Nesin in connection with their participation in the campaign to counter suppression of the Ozgur Gundem journal. Arrests for participation in such a campaign are not acceptable in terms of international human rights and freedoms.

Read the statement in which the signatory organisations express their concern and call upon the Turkish authorities to release the human rights defenders and journalists: Statement Sebnem Korur Fincanci, Erol Önderoglu and Ahmet Nesin.pdf 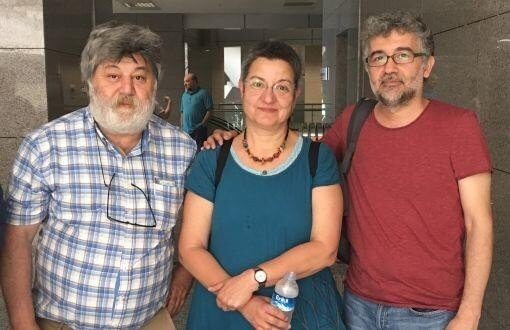 The three arrested human rights defenders and journalist from Turkey.