My Human Rights Hero: students from the Royal Academy of Art present the ‘Gentle Opponent’ 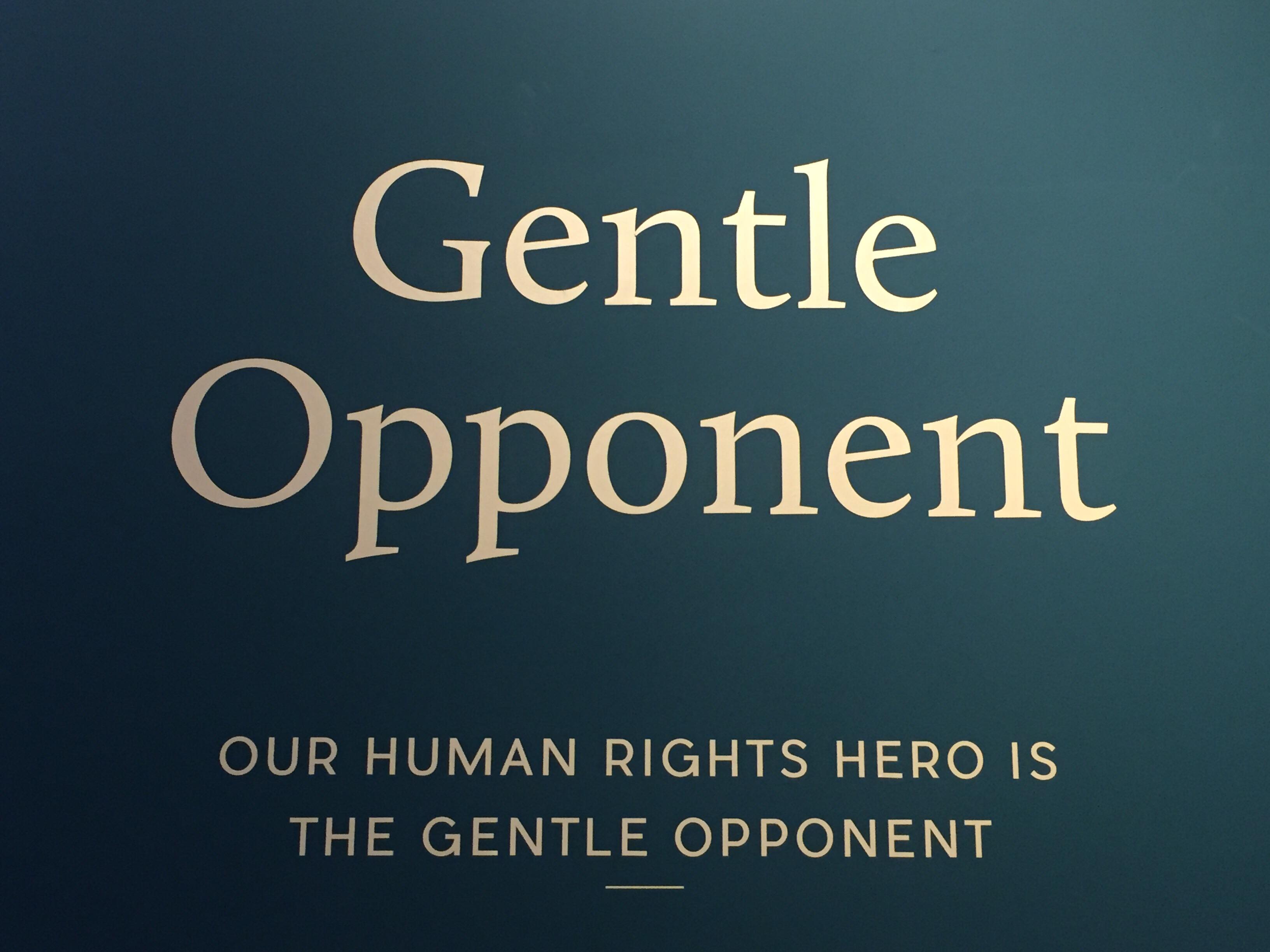 'Gentle Opponents', artwork by four students from The Hague's Royal Academy of Art, will be on display at Het Nutshuis until February 2nd.

‘Gentle Opponent’, a collection of work by four final year students from The Hague’s Royal Academy of Art (KABK), is now on display at Het Nutshuis as part of the ‘My Human Rights Hero’ exhibition. The addition of these individual works – produced by Daniela Rosca, Jill Verweijen, Indra Gleizde and Caspar von Eugen – mark the expansion of the exhibition, which is free and open to the public until 2 February 2019.

Change is always met with resistance. No matter how noble the end goal. The KABK’s ‘Gentle Opponent’ celebrates those individuals who, despite resistance, pursue their end-goal with respect and without resorting to force. Human rights history is rich in such characters, from Frederick Douglass to Eleanor Roosevelt. These individuals, the world’s gentle opponents, are the artists’ Human Rights Heroes. The displays are “an ode to those who dare to be troublemakers, and more so, do it gently.”

The works – featuring photos, videos, audio and three-dimensional interactive spaces – encourage visitors to think about the myriad of ways in which individuals have, and continue to, promote human rights through innovation and without violence. Caspar von Eugen’s ‘Shake Up, Shake Down’ focuses on a simple gesture, the handshake. President Trump’s infamous handshakes have, in recent years, represented intimidation and power. However, von Eugen’s focus on iconic images of the infamous handshake between Nelson Mandela and F. W. de Klerk reveals that handshakes can stand as symbols of reconciliation and proof of the power of the gentle opponent.

My Human Rights Hero: be inspired

The ‘Gentle Opponent’ forms just one part of the My Human Rights Hero exhibition. A celebration of the 70th anniversary of the adoption of the Universal Declaration of Human Rights (UDHR), the exhibition also presents the personal stories of seven human rights heroes, including NHC Committee member Kathleen Ferrier. Find out more about the exhibition – free and open to the public until February 2nd 2019 – here.