Human Trafficking and Victim Protection in Times of COVID-19 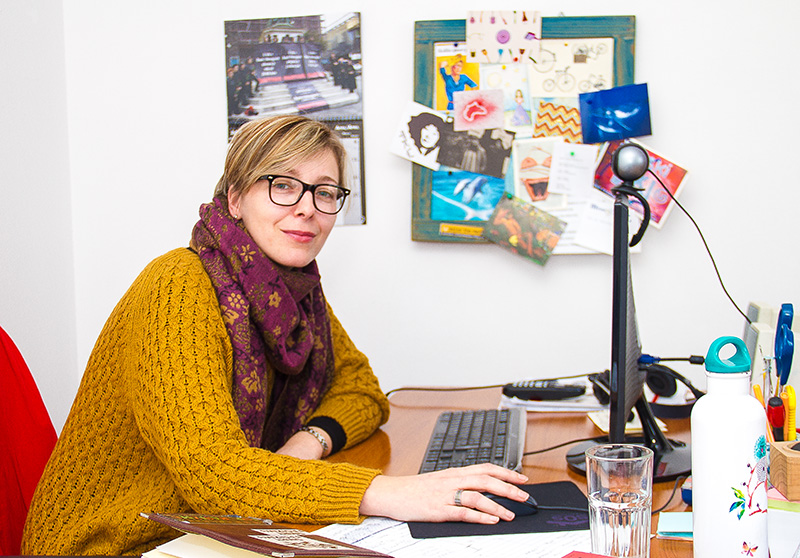 The Balkans Act Now! project is part of the Netherlands Helsinki Committee’s Access to Justice programme, which focuses on criminal justice processes in which the rights of vulnerable groups are protected. It strengthens capacities of actors in the justice chain, as well as of civil society organisations that assist these groups. By focusing on networking and coalition building, the programme brings together actors that normally do not cooperate.

The ultimate goal of the BAN III project is to ensure the protection of human trafficking victims. To achieve this, BAN III provides mechanisms for regular monitoring of the rights of victims throughout the criminal justice process. It increases victims’ participation in policy development, and it ensures that civil society organisations (CSOs) have the right skills, knowledge and capacity to ensure that the victim’s needs, rights and entitlements are met. The project works with civil society sectors in Serbia (ASTRA Anti trafficking action), Macedonia (Open Gate La Strada), Albania (Center for Legal Civic Initiatives), Montenegro (Women’s Rights Centre) and Bosnia and Herzegovina (International Forum of Solidarity –Emmaus). Here, it aims to promote systematic monitoring of anti-trafficking policies by establishing a national rapporteur mechanism.

The NHC has worked closely with ASTRA Anti-trafficking Action as part of our Balkans Act Now! project for many years. We spoke to Mirjana Mirosavljević Bobić, Head of Operations at ASTRA Anti Trafficking Action about our cooperation on the BAN III project in these unprecedented times.

The BAN project is in its third phase now. What makes this phase particularly important, and what changes do you hope to see happen by the end of this phase?

Trafficking in human beings is not a local/national phenomenon. Western Balkan countries in the middle of EU accession processes, focusing on requirements relating to tackling organised crime, are dealing with common challenges, and close cooperation amongst regional stakeholders is needed. Our hope is for closer cooperation in this phase of the project to result in improved victim cross border identification and support, and a start to adopting legislation and displaying a strong track record of implementation. The ultimate goal is to make sure that anti-trafficking policies in no way do harm either to victims of trafficking or to other social groups that are in a broad sense considered to be at risk of falling victim to trafficking, all in the pursuit of some alleged higher purpose.

This last year has been challenging for civil society organisations around the globe. How would you say your organisation, and partner organizations from this projects were affected in particular?

Despite the efforts invested, all BAN countries from the Western Balkans region are still facing numerous gaps in the institutional response to the trafficking in human beings, as the most severe form of human rights violation and gender-based violence. The weakest points in institutional protection are lack of specialised victim support and services, quality indicators of support and coordination among all relevant actors, including lacking expertise and sensitivity in recognising trafficking and dealing with female victims of trafficking, and their gender specific longer recovery. After the official declaration of COVID-19 as a pandemic, in March 2020, many BAN countries were faced with a state of emergency. Consequently, all above mentioned constraints of the institutional social services system, became even more exacerbated. The economic and social impact of the crisis led to higher demand for social services. For instance, since the beginning of the COVID-19 crisis in Serbia, the number of calls to ASTRA’s Victim Support Unit SOS hotline, increased by 100% compared with 2019, while the number of field interventions increased by 163%. COVID-19 is adding a new burden on the victims of trafficking and those at risk, with its economic consequences and increase of domestic violence, moving restrictions, etc. Programs for assisting victims, including psychological and legal assistance predominately depend on CSOs’ resources. Without CSO’s support, victims would be returned to the same circumstances that led them to trafficking, invisible and discriminated because of what happened to them.

What was the biggest obstacle to overcome in the past year?

BAN is a regional project that involves many actors from relevant institutions who need to meet often and work together and, through direct contact, improve their relations that can strengthen future cross-border cooperation. The lack of face-to-face contact due to impossibility of travelling in the previous year as well as lack of digital capacities, made it more challenging.

On a personal level, I think it is important to emphasize that we dealt with something that many human rights CSOs globally dealt with – almost internalised pressure that even in these “abnormal” circumstances we need to keep the same (or even higher) level of efficiency.

What achievement would you say you are most proud of from this project?

The Unique Monitoring Tool database that is developed to facilitate the usage of the indicators for monitoring and evaluation of anti-trafficking policies, in order to provide anti-trafficking practitioners with a monitoring and evaluation framework which will allow them to gather evidence and analyse the quality of the laws, procedures and practices related to combating trafficking in human beings and protecting victims. The greatest value is that the indicators and tool itself are developed by professionals who have been working on the problem of human trafficking for almost 20 years, governmental representatives and CSOs together. It is important because in the future we will all use and report based on this mechanism.

ASTRA has been a strong advocate for the introduction of the role of a National Rapporteur for Human Trafficking in the Western Balkans. Can you tell you a bit about the success of this campaign, and how it developed also during the pandemic.

BAN envisages the establishment and effective functioning of National Rapporteur or equivalent mechanism – independent institution whose prime responsibility is monitoring of implementation of anti-trafficking policies. Based on our common advocacy efforts, a National Rapporteur in Macedonia has been established and is operational within the Ombudsman office. In Serbia, there are positive signals that a similar change is also on the way. The Ombudsman of Serbia announced that the National Rapporteur mechanism needs to be recognized in its organisational structure. However, this needs to happen through a change of law, which is more difficult and might prolong implementation, but it is a positive signal that change is on the way.