Improving the Use of OSCE Human Dimension Instruments 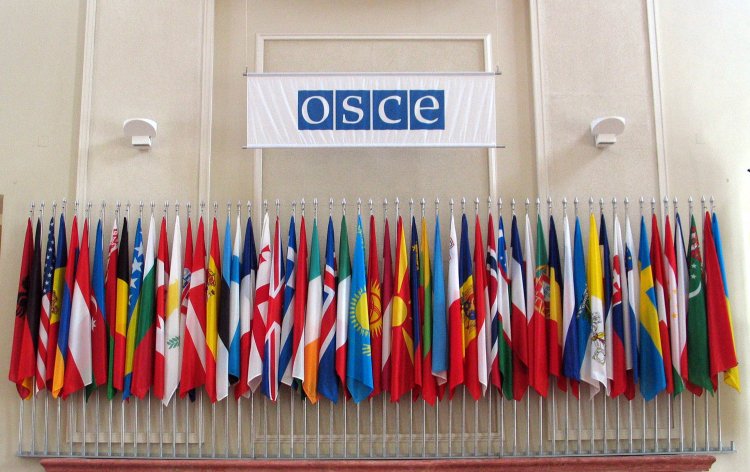 On 16 July, a new document reviewing possibilities to improve the use of OSCE human dimension instruments was presented at a side event of the Supplementary Human Dimension Meeting on Effective Multilateralism. The OSCE human dimension refers to human rights and democracy norms OSCE participating states to which they have committed themselves. Human dimension monitoring and reporting by the OSCE produce a wealth of material. On a range of issues, OSCE standards and methodology are widely recognized. The organization’s Office for Democratic Institutions and Human Rights (ODIHR) issues legal opinions, often together with the Council of Europe’s Venice Commission, monitoring reports on elections and assemblies. The Representative of Freedom of the Media issues frequent alerts and reports on regular basis to the Permanent Council, the OSCE’s main body of participating states’ representatives. More efforts are needed and possible to systematically review the implementation of recommendations arising from these reports, the new document argues.

The document was elaborated by members of the Civic Solidarity Platform working group on Reform of International Organisations, including by the Netherlands Helsinki Committee. It contains reflections and recommendations shared at a series of roundtables held in 2017 and 2018 with staff of OSCE institutions, OSCE-accredited diplomats and civil society representatives. Even in a situation of political deadlock among participating states and unequal appreciation of the importance of the human dimension, states interested in developing the human dimension can voluntarily report on implementation, and adopt quality standards for these reports. The Permanent Council’s Human Dimension Committee has already built up a tradition of voluntary reporting. Civil society should be systematically asked to contribute its information and expertise to these reports, and/or be asked to provide comments. The OSCE Parliamentary Assembly should urge its member to follow-up OSCE expert recommendations at the national level, alongside civil society advocacy at the national level.

The Moscow mechanism, under which expert reports are drawn up on human dimension implmentation issues in any OSCE country, can be invoked by ten participating states. It was created precisely for situations in which states do not have a uniform view of a particular situation, and is suitable in crisis situations which often are controversial. Yet it has been used infrequently – most recently on Turkmenistan (2003), on Belarus (2010) and on the Chechen Republic of the Russian Federation (2018). Pursuance of the follow-up of these reports requires persistence, and the initiating states (and others) should have a clear strategy for continued highlighting of heir recommendations throughout their diplomatic interactions, not only at the OSCE but more broadly.

The document also contains a description of the experience with ‘self assessment’ by OSCE Chairmanship states of the implementation of human dimension commitments. The Civic Solidarity Platform has promoted these self assessments since 2014 with the argument that the Chairmanship should include a special effort to live up to commitments itself. A methodology has been established. Here again the weakest element appears to be the implementation of conclusions and recommendations.