Mirlinda (not her real name) is a 19-year-old girl from Kosovo, who spent most of her youth in prison. A highly motivated individual, she obtained a high school diploma while in prison and is now in her second year of Law at the University of Pristina. We got to know Mirlinda as part of our prison reform project in Kosovo, which focuses on creating conditions towards a safe, stimulating and rehabilitative prison environment for children and juveniles in conflict with the law. In partnership with the University of Applied Sciences Leiden (UAS Leiden) Mirlinda’s first year at university was successfully crowdfunded , ensuring she could start university and pursue her dream of a career in Law and Criminology; helping victims of childhood abuse. In order to make sure Mirlinda can continue her studies for the next three years, UAS Leiden is again asking for your help. 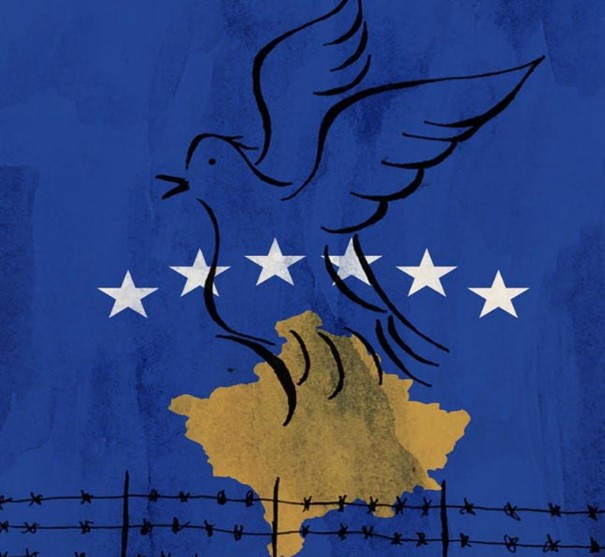 After suffering years of abuse at the hands of her father, Mirlinda managed to run away from home aged just 14. Unfortunately, she fell in with a bad crowd and was soon being used as bait by a gang to rob others. To her great regret, a man died during one of these robberies. Mirlinda’s was in no way actively involved, but her presence at the scene saw her sentenced to 9 years for accessory to murder, and she was sent to the Lipjan prison.

In prison, Mirlinda found the support she had been missing, from both the prison staff and the women on her block. She also worked closely with the experienced teaching staff and successfully completed her high school diploma. However, the possibilities for further development seemed to end there, as Mirlinda was not allowed to enroll in a university. It was around this time that UAS Leiden professor Peer van der Helm visited the prison (as part of the NHC and Kosovo Rehabilitation Centre for Torture Victims’ project mentioned above) and first met Mirlinda. She stepped up and asked if imprisoned juveniles in the Netherlands could study at a university, recalls Peer van der Helm:

I remember a small girl stepping up to me and saying she completed high school and wanted to go to university. I was very moved by so much resilience and courage by a young girl facing another four years inside. So, I went with the NHC/KRCT team to the Director General, and he was aware of the situation. I told him education was the best preventive measure against recidivism. He promised to do everything he could to grant Mirlinda occasional leave to complete her exams. Next time I was in Kosovo, professor Njomza Llullaku from Pristina University, with whom we work closely together, joined me for a visit to the prison. She talked with Mirlinda for an hour. In the meantime, the chief warden told me parts of Mirlinda’s story. Njomza found Mirlinda to be a very bright girl and shared her plans to study Criminology. Mirlinda has found the strength to forgive her father for the abuse, and is very much focused on the future. By studying criminology she wants to help other children in the same predicament.

Underpinning the NHC prison reform project is the belief that rehabilitation contributes more positively to safer societies than punishment, with education being a key element of rehabilitation. Therefore, UAS Leiden organized a crowd funding action in 2019 in cooperation with NHC/KRCT to fund Mirlinda’s studies. In addition, a young graduate student from Pristina, Rita Selimi, was found to coach Mirlinda. Studying on your own can be very lonely; you lack contact with other students and peers of your own age, and Rita was able to help out. The prison administration continues to support Mirlinda with everything possible and will continue to do so despite the COVID-19 measures. Surrounded by a supporting environment, Mirlinda passed all of her exams and she is now preparing to enter the second year of her studies.

Support is key. With the power of connecting various actors and efficient collaboration, we can contribute to Mirlinda’s successful rehabilitation and potentially create the basis for others that will follow, demonstrating that education is an essential part in the successful integration of juveniles into society.

At the NHC, we believe a criminal justice system focused on rehabilitation rather than punishment is better at contributing to safer societies. Together with local partners, governments and seasoned practitioners from different countries, we aim to facilitate collaboration between different actors in the local justice system. We work on changing criminal justice systems so that offenders are more able to successfully re-enter society and less likely to re-offend; prison staff and probation officers effectively carry out justice, while respecting human rights; governments adopt the most effective policies and practices, and reforms made are systematically implemented.