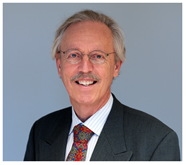 The NHC is pleased to announce that Mr. Piet de Klerk is the new Chairman of the Supervisory Board of the NHC. Mr. de Klerk officially took over the position from Mr. Ian de Jong on the first of January, 2018.

A former Dutch diplomat, Mr. de Klerk’s career in international affairs spans over 25 years. Much of this time has been primarily dedicated to the issues of arms control and disarmament on one hand, and human rights on the other.

Mr. de Klerk: “I am very happy to take over the helm at this point in time – a time in which the NHC is in good shape; 30 years old and in the prime of life. I hope to bring in some of my experience with human rights and some of my experience with the OSCE. After all, the guiding thoughts of the Helsinki process, the process that led to the OSCE, are still very relevant, maybe more relevant in a time of greater polarisation than before. One of those thoughts is that there is an important role for civil society, and that civil society can build bridges where governmental relations are strained.”

Mr. de Klerk’s association with the OSCE is deep and diverse. He has been involved in confidence building measures, playing a role in drafting and implementing the Vienna Document. During his time as the Netherlands Ambassador for Human Rights in the Hague, his responsibilities included maintaining human rights dialogues with other states as well as contact with civil society within the Netherlands and abroad. Recently, Mr. de Klerk held the position of the Netherlands Special Counterterrorism Envoy, focusing on the prevention of violent extremism and radicalisation which may lead to terrorism.

The NHC warmly welcomes its new Chairman of the Supervisory Board and looks forward to the collaboration with Mr. de Klerk during his tenure.