PACE Should Appoint Rapporteur for Political Prisoners in Azerbaijan 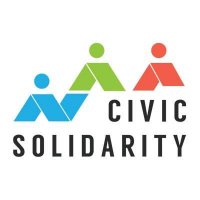 To:
– Members of the Committee on Legal Affairs and Human Rights of the Parliamentary Assembly of the Council
of Europe (PACE)
– All members of the PACE

We, representatives of the undersigned international and national non-governmental organizations, issue this appeal to the Parliamentary Assembly of the Council of Europe (PACE) to request the appointment of a Rapporteur to examine the situation of political prisoners in Azerbaijan.

For the past decade, Azerbaijan has consistently ranked among the most oppressive countries in Europe. President Ilham Aliyev has consolidated power by systematically rigging elections, liquidating the remnants of democratic institutions by amending the Constitution, violating fundamental civic, political, social and economic rights, and reducing the space for civil society, independent media and the opposition. In the last year alone, President Aliyev’s government officially blocked the last remaining independent online media platforms; tightened restrictions on the work of human rights lawyers representing people imprisoned on politically motivated charges; announced snap presidential elections which were held with the leader of the opposition political party, Ilgar Mammadov, still behind bars despite two judgments of the European Court of Human Rights, and continued to manipulate the judicial system to intimidate, detain and imprison those critical of the authorities. Political activists and human rights defenders are often ill-treated and tortured in detention in order to extract confessions and in retaliation for their activities. Recent reports by international human rights organizations, such as Freedom House, Human Rights Watch, and Reporters without Borders, document a significant decline in fundamental rights and freedoms in the country.

Civil society groups report that today there are at least 100 prisoners held on politically motivated charges in Azerbaijan. Among them are dozens of religious activists, at least nine journalists, editors and bloggers as well as members of the political opposition, human rights defenders and several persons who have been imprisoned in retaliation for the actions of their relatives who have fed the country. The most notable cases include the continued imprisonment of former opposition Presidential candidate Ilgar Mammadov, investigative journalist 2 Afghan Mukhtarli, the leader of Muslim Unity Movement Tale Baghirzade, and Mehman Huseynov, young blogger and journalist who documented corruption among high-ranking government officials through his YouTube posts.

On 24 May 2018, ahead of the 100th anniversary of Azerbaijan’s First Democratic Republic, 634 prisoners were granted official pardons by the authorities. Although of those released, twelve were political prisoners, the recent decree did not substantially address the issue of political prisoners in Azerbaijan. Furthermore, shortly after the decree for the pardon was signed, the authorities intensified the crackdown by rounding up a number of Azerbaijan Popular Front members and falsely accusing the leader of the party, Ali Karimli, of money laundering. On 29 May, police arrested several members of the REAL political party, including Azer Gasimli, organizer of a march scheduled to celebrate the 100th anniversary of the Republic of Azerbaijan. Arrested REAL members Arastun Bakhshaliyev, Azer Gasimli, Neriman Ismayilov, Elmin Hamza were all sentenced to between 25 to 30 days in administrative detention.

Most recently, on 4 June 2018, human rights lawyer Emin Aslan was approached in central Baku by plain clothes officials. The officials frst asked Emin’s identity and then took him away in a car traced to an employee of the Ministry of the Interior’s Department to Combat Drugs. The employee was also later said to work at the Ministry of the Interior’s Organized Crime Unit. Emin’s family and friends were not informed of his whereabouts for 24 hours. It is believed that the authorities have obtained Emin’s Facebook password and have accessed his messages. On 5 June, Elchin Sadigov, Emin’s defence lawyer, announced that Emin had been sentenced to 30 days’ administrative detention for an alleged violation of Article 535.1 of the Code of Administrative Offences (disobeying police orders). We are concerned that he Emin was initially held in incommunicado detention and that he is at risk of torture or other ill-treatment.

The use of imprisonment as a tool to crush legitimate political opposition, intimidate the public and undermine civil society has been a key feature of President Aliyev’s rule in recent years.

Although the government continues to brush off international criticism by claiming that all fundamental rights and freedoms are respected in Azerbaijan, international pressure remains one of the few remaining ways to demand accountability in the country. In 2012, PACE adopted its own definition of political prisoners in a resolution that served as basis for a report titled “Follow-up to the Issue of Political Prisoners in Azerbaijan” by Rapporteur Christopher Strässer. A draft resolution based on the report was rejected by the Assembly on 23 January 2013 by a vote of 79 in favour and 125 against. The findings of the April 2018 report by the Independent Investigation Body on allegations of corruption within the Parliamentary Assembly linked the defeat of the resolution based on Strässer’s report to the action of some MPs engaged in activities of a corrupt nature resulting from influence peddling by Azerbaijani representatives.

On 24 April 2018, Pieter Omtzigt and other members of the Assembly tabled a motion for resolution on political prisoners in Azerbaijan. PACE members highlighted the need to prepare a new report on this issue to free the position of the Assembly from any corruptive influences. On 31 May, the Bureau referred the motion to the Committee on Legal Affairs and Human Rights for report.

It is time for PACE to take decisive action to tackle the issue of political prisoners in Azerbaijan in order to hold the authorities accountable for implementing the commitments undertaken upon the country’s accession to the Council of Europe in 2001. On that occasion, the Azerbaijani government committed itself to ending arbitrary detention and undertook “to release or grant a new trial to those prisoners who are regarded as ‘political prisoners’ by human rights protection organizations”.

Resuming the work started by Christopher Strässer will send a first strong signal to the Azerbaijani authorities to demonstrate that the Assembly will not tolerate a continuation of this systematic repressive practice which has no place in a Council of Europe Member State. As politically motivated imprisonment violates the underlying 3 principles of the Council of Europe, appointing a Rapporteur with the mandate to investigate the issue and make recommendations is consistent with the mandate of the organisation.

Prior calls for scrutiny on this important subject have been systematically rejected, largely due to pervasive corruption of European institutions by Azerbaijani officials. Corruption within the Council of Europe, which was first exposed in 2012 in a report by the European Stability Initiative (ESI)(1) and later in reports and statements by other NGOs,(2) finally received due attention in spring 2017 when PACE decided to appoint an Independent Investigation Body on the allegations of corruption and again in April 2018 when its report and conclusions were published. Following the investigation, Anders Samuelsen, the Danish Foreign Minister and Chairman of the Council’s Committee of Ministers, described the corruption case as “deeply worrying” and called for immediate actions. We welcome the recent decision by the Assembly to impose restrictions on Azerbaijani representative to the PACE Samad Sayidov as well as three other PACE members known for shielding Azerbaijan from international criticism for human rights violations, Pedro Agramunt, Cezar Florin Preda, and Jordi Xucla.

However, the demands for scrutiny expressed by the international and national civil society are not limited to corruption within European institutions and extend to demanding accountability for the repressive policies of the Azerbaijani government inside the country.

Reiterating our concerns about the widespread use of politically motivated imprisonment in Azerbaijan we, the undersigned civil society organizations call upon the members of the Committee on Legal Affairs and Human Rights of the PACE, which has been mandated to make a decision on this matter, to:

Standing together: EU COVID-19 Solidarity Programme for the Eastern Partnership