In March 2020, the Netherlands Helsinki Committee (NHC) took part in the 128th session of the United Nations Human Rights Committee to discuss the issue of peaceful assembly.

The right to a peaceful assembly is a fundamental human right and the bedrock of civic participation. It enables everyone – regardless of their political or economic power, to gather together without fear or repression. For this reason, those who want to freely associate with one another under a common cause must be able to do so without fear of reprisals from their government. From meeting in private, to holding public meetings, to forming associations, upholding the freedom of assembly gives all people the right to freely associate with one another in public under a common cause or shared value. 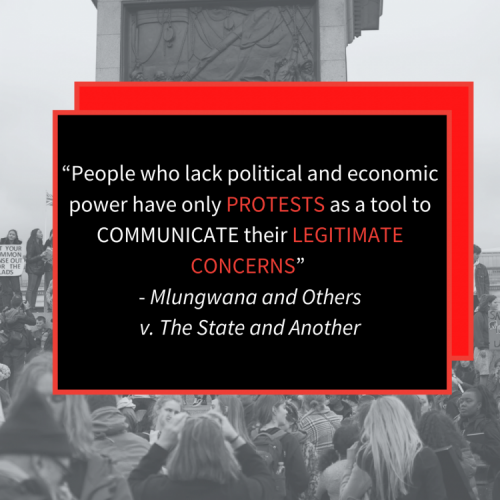 It helps promote diversity in public discourse and opinion, and can contribute to a more holistic expression of governance. The right to peaceful assembly, therefore, contributes to the rule of law and democracy in individual states and the world over.

Yet, increasingly, governments are cracking down on and criminalising this fundamental freedom. With this worsening trend, better protection of this right is becoming urgent.

The Human Rights Committee, a human rights body of the United Nations, monitors how governments apply and respect human rights. The Committee issues so-called “general comments” to explain the rights enshrined in the International Covenant on Civil and Political Rights. These comments help guide states in the application of human rights, not only serving to provide a better understanding of human rights laws, but also contributing to the further development of the law as well.

The right to a peaceful assembly is a fundamental human right and the bedrock of civic participation. It enables everyone – regardless of their political or economic power, to gather together without fear or repression.”

Recognizing the worrying trend regarding the denial of the freedom of assembly, the Committee has been working on its first ever comment on the right to peaceful assembly: Draft General Comment 37. At the March session of the Committee, the Netherlands Helsinki Committee, represented by Senior Advisor, Dr. Sergei Golubuk, provided further comments to the Draft – a process in which the NHC has been involved since the first draft was prepared.

The NHC’s recommendations have focused on the need to give special attention to the erroneous penalisation of protestors for criticism of their government and to include specific reference to the efforts of the various actors involved in promoting and defending the freedom of assembly, including, among others, journalists, human rights defenders, and human rights monitors.

The NHC’s full recommendations as delivered for the 128th session on the Draft General Comment 37 can be viewed on the website of the Office of the High Commissioner for Human Rights.