Visegrád 4: Democracy in the heart of Europe 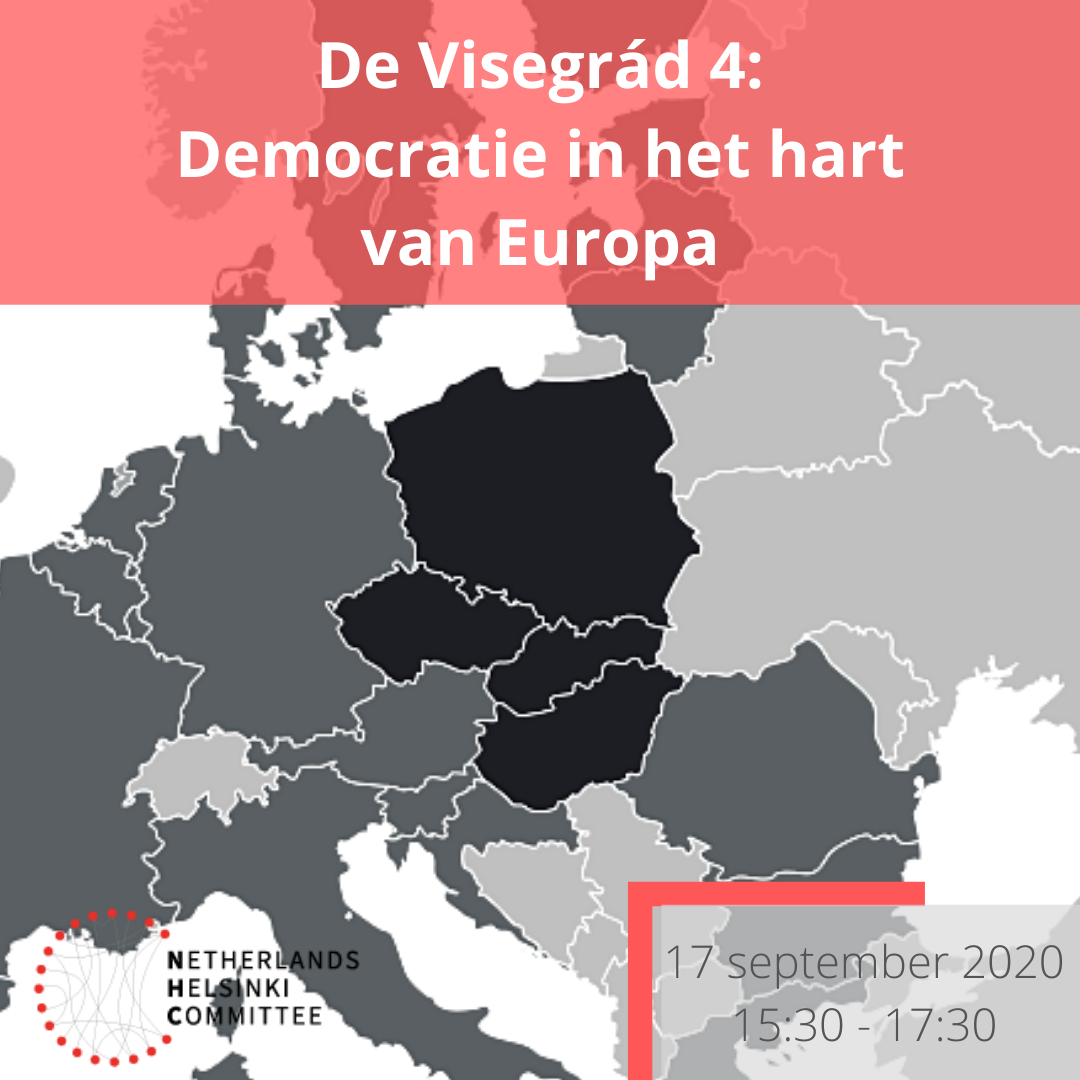 The Visegrád-4: Hungary, Poland, Slovakia and Czech Republic are countries in the heart of Europe that, after the fall of the Berlin Wall, convened in the Hungarian town of Visegrád to set up a regional cooperation. Their goal was accession to the EU, and the EU received them with open arms. In recent years, however, the relationship between the EU and the Visegrád countries, with Hungary and Poland in particular, has become more strenuous.

The worsening relationship is reflected in the launch of Article 7 procedures against both Poland and Hungary on 20 December 2017 and 12 September 2018 respectively. The Article 7 procedures against Poland were triggered as the European Commission found that Polish judicial reforms would risk a serious breach of the rule of law. Concerning Hungary, the European Parliament found that democracy, the rule of law and fundamental rights are at risk in the country.

To explore and discuss questions surrounding the Visegrád-4, their history and their role in the EU, the NHC hosted an online panel discussion and Q and A session with: Henk Cor van der Kwast, Dutch Ambassador to Slovakia, Kees Klompenhouwer, Dutch Ambassador to Czech Republic, Daphne Bergsma, Dutch Ambassador to Poland and Michiel Luining, Hungary-expert and historian, moderated by NHC executive director, Pepijn Gerrits. Political analyst, historian and author of the book ‘De spoken van Visegrád (The ghosts of Visegrád)’ Ivo van Wijdeven kicked off the event with his introduction titled ‘Politics of history: The past as a political weapon’.

Through the use of current examples: the Treaty of Trianon (referred to as Trianon Trauma by Orbán), and the way the Polish government adjusted and used the World War II museum in Gdansk for political purposes, Van de Wijdeven exemplified the vivid importance of history, and particular historical narratives, in the Visegrad countries.

Van de Wijdeven set the scene for further discussion, which was followed up by the panelists answering the question:

How do we, in the Netherlands, relate the developments in the Visegrád-4? Through which lens do we, or should we, look at these developments?

All panellists affirmed an emphasis on the importance of history in today’s political climate in the Visegrad 4. Van de Wijdeven explained that historical anger is easy to mobilize for political purposes. After the Fall of the Berlin Wall in 1989, political leaders could vocalize frustrations that had simmered under the surface when their countries were still part of the Soviet Union. History is still very present in the V4 countries, much more so than in other EU-countries. To understand the V4 countries, then, we have to understand their national history.

The other panellists and agreed and followed up the discussion with examples and references to their own countries of expertise:

If you want to understand Poland, you will have to know its history. That has always been my message whenever I have visitors from the Netherlands” – Daphne Bergsma, the Dutch ambassador to Poland.

Klompenhouwer, Ambassador to the Czech Republic, agreed with the rest on the importance of history, and added that it is important to remember that EU membership has brought both economic and social progress in most V4 countries. Van der Kwast, Ambassador to Slovakia, seconded this positive note, and summarized the political sentiment in Slovakia as “history hasn’t passed, but the future is in our hands”. Lastly, Luining explained Hungarian politics as led by a story of national pride, which is at times successfully (mis)used by current Prime Minister Victor Orbán.

A lively Q&A followed the opening statements for the Ambassadors and experts. Participants asked the panel experts about parallels between the V4 and the Benelux; a potential dialogue on Christian values between the V4 countries and the EU, and a strategy to make the Dutch population more open to perspectives that diverge from their own. The panellists gave their views on the questions, related to their respective countries of expertise.

There are numerous parallels between the Visegrád-4 and the BeNeLux, and the story that we [ambassadors of the BeNeLux countries] wish to show is that as the BeNeLux, we are able to cooperate successfully despite sometimes fundamentally disagreeing. Despite our differences, we can come to compromises” – Daphne Bergsma

An additional question addressed the economic nationalist policies in Hungary and Poland and asked to what extent the ideas of the Hungarian and Polish political elites differ regarding the necessity and the purpose of economic nationalism. The last question concerned the decline in respect for diversity in Hungary, wherein 2008 Hungary was at the average EU level but today has the lowest respect for diversity in Europe. The question asked what this says about the ability that the Fidesz government has to influence to population, and thereby the democracy.

The lively discussion ended right on time, and left the door open to a follow-up:

“We are very pleased with how the event went, and with the fruitful discussion that followed. Many thanks to our panellists for their time and efforts, and of course, to all our attendees for their most valued and thoughtful contributions. Watch this space for more!” – Pepijn Gerrits, Executive Director NHC.

See here for a live recording of the discussion: