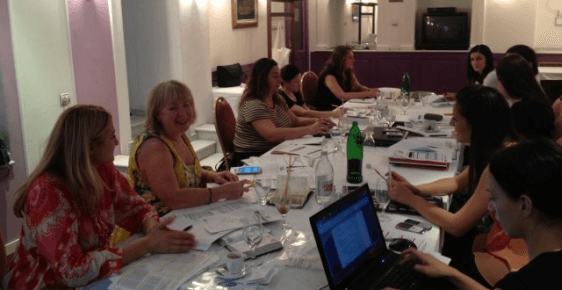 As part of the Balkan Act Now! Project, lead organization ASTRA Anti-Trafficking Action from Serbia and its six partner organizations, one of which is the Netherlands Helsinki Committee, call upon all civil society organizations in Europe to sign the Balkans Declaration on Trafficking and Exploitation of Human Beings and help bring about a better protection of the rights of victims and a more effective prosecution of human trafficking in the Western Balkans countries.

As of June 2014, close to 100 civil society organisations from across Europe have already signed the Declaration.

Marija Andjelkovic, director of ASTRA in Belgrade, explains the importance of this Declaration:

“Unlike other official documents, the Declaration highlights the importance of protection of the rights of trafficking victims. It addresses all major issues: access to compensation, data protection, non-detention, non-punishment, corruption, privacy, safety and more. This is very significant as, until now, very limited progress has been made and human rights protection remains low on the priority list of governments in our region. The Declaration will be used as an advocacy tool to align the protection of the rights of victims in the countries of the Western Balkans with EU standards. We will advocate for policy changes and their implementation.

“At this moment, we are running compensation campaigns in Serbia, Bosnia and Herzegovina, Croatia and FYR Macedonia because all partners from these countries fight for victims to receive compensation for the material and immaterial damages they suffered. In Croatia, identification of victims of trafficking is the main theme of the campaign. According to official numbers, there are almost no victims in Croatia, but these numbers are a far cry from the truth and have been increasing since Croatia became a member of the European Union. Our campaigns will benefit a lot from a Declaration broadly supported by civil society organizations from across Europe.

The Declaration and the signatures will be presented at the project’s closing conference in Belgrade on October 17 and 18, 2014.

The Balkans Declaration on Trafficking and Exploitation of Human Beings was drafted by the Netherlands Helsinki Committee in 2013 together with its French project partners and in close cooperation with the four Balkan partners.

You can read and sign the Balkans Declaration on Human Trafficking and Exploitation of Human Beings here. You can email the signed Declaration to project manager juliakoster@nhc.nl.

Update October 7, 2014: As of October 7, 116 parties have signed the declaration. Find the list of signatories here. If your organization wants to sign the declaration, please contact Julia Koster at juliakoster@nhc.nl.