Call to Suspend Azerbaijan’s Membership to International Association of Prosecutors

The Netherlands Helsinki Committee has submitted a complaint to the International Association of Prosecutors (IAP), arguing that the prosecution service of Azerbaijan engages in ‘dishonourable conduct’, in violation of the professional standards adopted by the IAP. The complaint calls for the suspension of Azerbaijani members of the IAP as their involvement in human rights violations runs counter to the Association’s own Constitution.

Azerbaijani prosecutors play a key role in the de facto criminalisation of legitimate activities of journalists, human rights defenders and civil society in Azerbaijan. This trend has increased in prominence over the last four years, as the government of Azerbaijan severely clamps down on fundamental freedoms. Critical voices have been silenced in a major harassment campaign, followed by a series of hefty criminal convictions. Most prominent Azerbaijani human rights defenders have served prison sentences. They are unable to exercise their profession and are impeded from travelling abroad. Among the country’s many political prisoners still in jail are an anti-corruption blogger Mehman Huseynov and journalist Afghan Mukhtarli.

In the run-up to the IAP Executive Committee meeting in Azerbaijan on April 10-11, the NHC complaint to the IAP summarises patterns of abuses by Azerbaijani prosecutors. The complaint presents references to opinions by international organisations and highlights selected cases of politically-motivated prosecutions of prominent civic leaders from Azerbaijan. The NHC concludes that the unjust criminalisation of human rights defenders based on trumped-up charges constitutes an institutional and systemic practice by the Azerbaijani prosecutorial authorities.

A major issue arising in the de facto practice of the Azerbaijani prosecution service is the ‘routine’ use of torture and ill-treatment of persons in custody in order to extract confessions, and the subsequent use of such ‘confessions’ as evidence in court. Moreover, Azerbaijan’s prosecutorial authorities fail to safeguard fundamental rights of persons in custody. 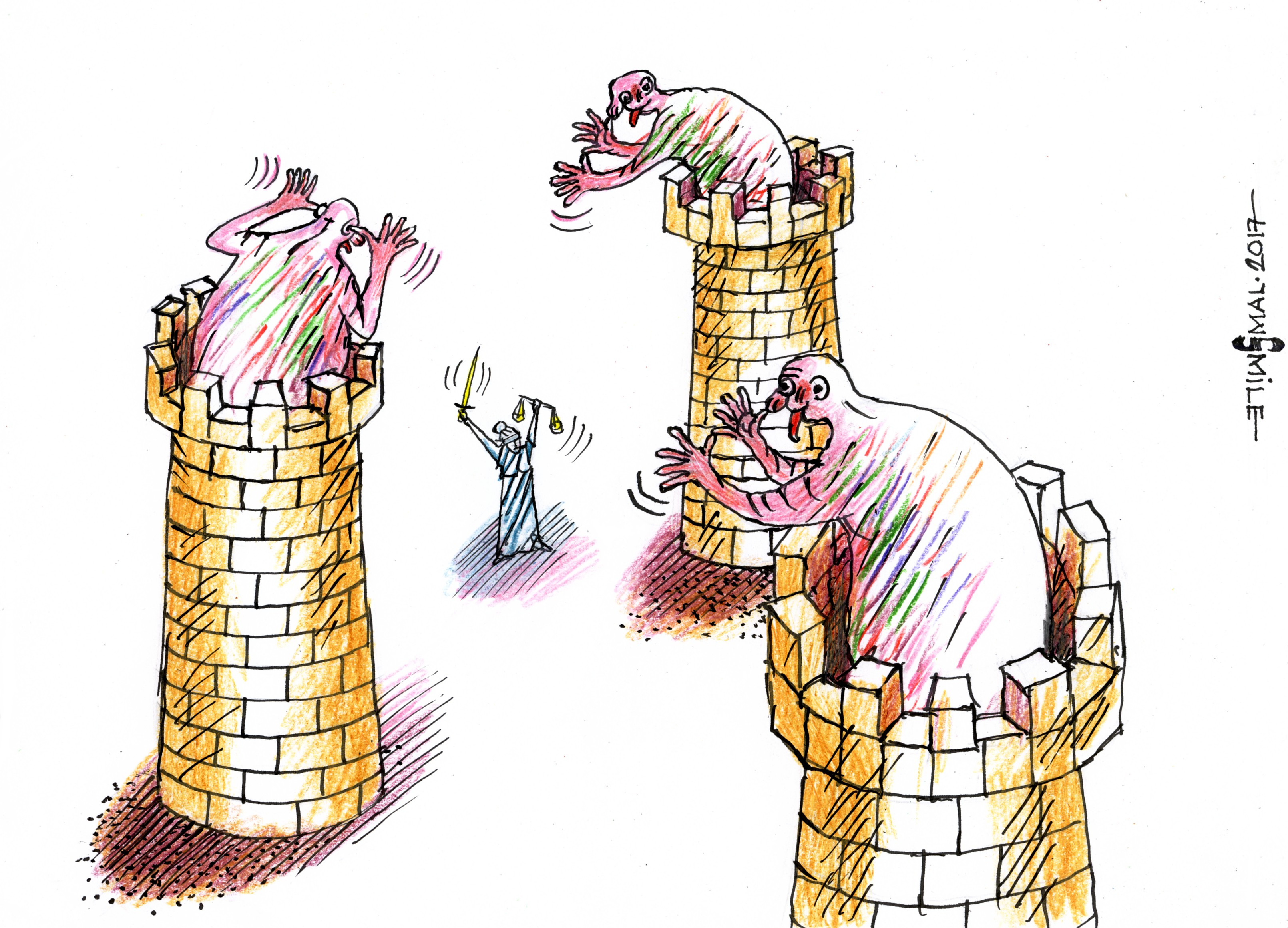 Oleh Smal for the Netherlands Helsinki Committee. All rights reserved

The NHC contacted the IAP on several occasions over recent years, bringing to the attention of its executive the negative impact of violations of professional integrity and fair trial standards by public prosecutors in a number of countries. Policy proposals to the IAP made in 2016 have been dismissed. In September 2017, over 130 human rights and anti-corruption groups from across the world petitioned the IAP to adopt a human rights policy. To date, the signatories of the petition have yet to receive a response or invitation to engage in a substantial dialogue.

In the meantime, the call from civil society is gaining increased attention from within the professional community committed to preserving ethical standards.

As a member of the Bar of Ireland, whose members are available to prosecute or defend accused persons as instructed by Solicitors for either side, I believe that it is a fundamental Human Right for both Accused and Victim, that prosecutions be conducted by competent, fair and ethical lawyers, who have much to gain from close association with organisations supporting anti-corruption and pro-rights policies”, – Fergal Foley, Barrister.

The NHC and its partners contacted prosecution services and hundreds of individual prosecutors in Europe and the Americas, raising awareness of the track record of the prosecution service of Azerbaijan. In addition to individual responses received by the NHC, several national associations of prosecutors expressed the intention to act upon the complaint, taking it into account in their further contacts with Azerbaijan.