During its ‘Making a Difference’ conference, held on 14 February 2018, the Dutch Ministry of Justice and Security launched the Capacity Building Databank (also available in Dutch here). The online databank is an interactive map that gives an overview of where Rule of Law building projects supported by the Dutch government are located throughout the globe. 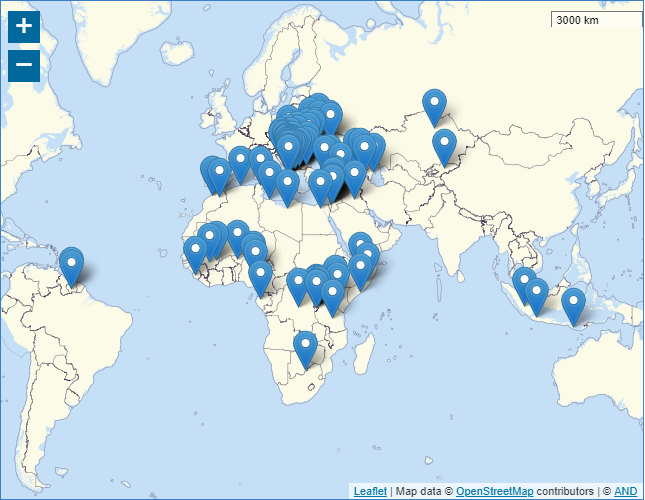 In addition to providing a visual geographic overview of capacity building support, it also has the function of a knowledge-sharing platform of good practices between partner organisations.

The website helps foster transparency on all Dutch government Rule of Law activities, in order to generate synergy and complementarity between the activities of the different partners.” says Minke Gommer of the Ministry of Justice and Security

The site underlines the importance of cooperation between countries in combatting international crimes such as terrorism, drug trafficking, human trafficking, people smuggling, and cybercrime. It also lists some of the strategies used to strengthen the Rule of Law. These activities are described as the implementation of Article 90 of the Dutch Constitution, which states as one of the responsibilities of the regime to “promote the development of an international legal order.” The projects included in the databank demonstrate the government’s activities in this task.

Several NHC involved Rule of Law projects are shown on the databank. These include NHC projects on probation, rehabilitation, and alternative sanctions in Moldova, Montenegro, Serbia, and Ukraine; prison reform in Albania, Kosovo, and Macedonia; and promoting the rights of victims in Albania and Bosnia-Herzegovina. Through the site a broader perspective can be gained in how NHC Rule of Law capacity building projects relate to other Dutch government supported projects in this field.