Concerns over the rule of law in Poland 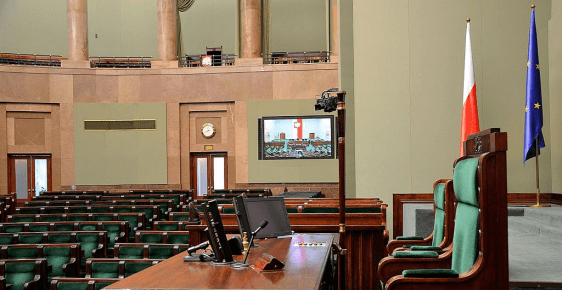 The Netherlands Helsinki Committee joined an appeal by the Civic Solidarity Platform NGO coalition, expressing concern about amendments in the Polish media and judiciary legislation. These amendments and the way they have been introduced after the new government of the “Law and Justice” Party came into power, affect the state of democracy and rule of law in Poland. The appeal welcomes the attention to this issue from the side of the European Commission, starting at its meeting on 13 January 2016.

On January 7, Poland’s media policy took a dangerous turn when the president Andrzej Duda, signed a new media law giving the government powers to influence the editorial and strategic positions of public broadcasting by appointing and dismissing the executives in charge of public television and radio broadcasters. Moreover the appeal criticizes the new government for the procedures followed in appointing new judges to the Constitutional Tribunal and for its amendment to the legislation on the Tribunal. The amendment, passed through parliament and the senate over Christmas, will make it much more difficult for the Tribunal to reach conclusions about legislation adopted. “Weakening the status of the Constitutional Tribunal will decrease the effectiveness of the human rights protection system in Poland and undermine the rule of law”, the appeal states.

The Steering Committee of the EU-Russia Civil Society also issued a statement about these developments. In addition it raises concerns about draft amendments to the Police Act, which extends the rights of police to survey people’s telecommunication activity without effective control over the use of telecommunication data by police and other services. “Civil society actors in Poland have also been demanding changes in such matters as the operation of the media, surveillance rights of the police, or efficiency of the Constitutional Tribunal,” the statement notes. “However, in our opinion, the adopted and proposed legislative changes go contrary to the proposals of Polish civil society and undermine standards of rule of law and the democratic separation of powers.”

The new Director of the NHC, Pepijn Gerrits highlights that “the measures taken by the Polish Government not only undermine common democratic practices and principles as stated in the Polish Constitution, but also the principles agreed upon by the OSCE and the European Union. As an organisation that builds and secures justice across Europe, we support Polish civil society in its defence of the right to independent media and the rule of law”.