Breaking silos – why we believe in mainstreaming human rights

As part of the 2020 Just Peace month, the NHC will host a webinar on the NHC’s international video storytelling campaign: “Winning Public Support for Human Rights Defence”, supported by the Dutch Postcode Lottery and the Ministry of Foreign Affairs. The NHC is developing 8 campaign videos featuring stories of everyday human rights defenders like you or me, who stood up against injustice. The stories demonstrate how human rights are relevant to every citizen: that no matter where you live, no matter what your background is, they make a positive difference to your life. Visit here for more information.

Interviewer: Can you briefly tell me why human rights are important?

Kirsten: Human rights are a part of our daily lives, even if quite often, we may not realize we are benefiting from them. Whether freely practicing your faith or openly expressing your opinion, to gathering peacefully in support of a point of view, human rights protect us in virtually every aspect of our lives. 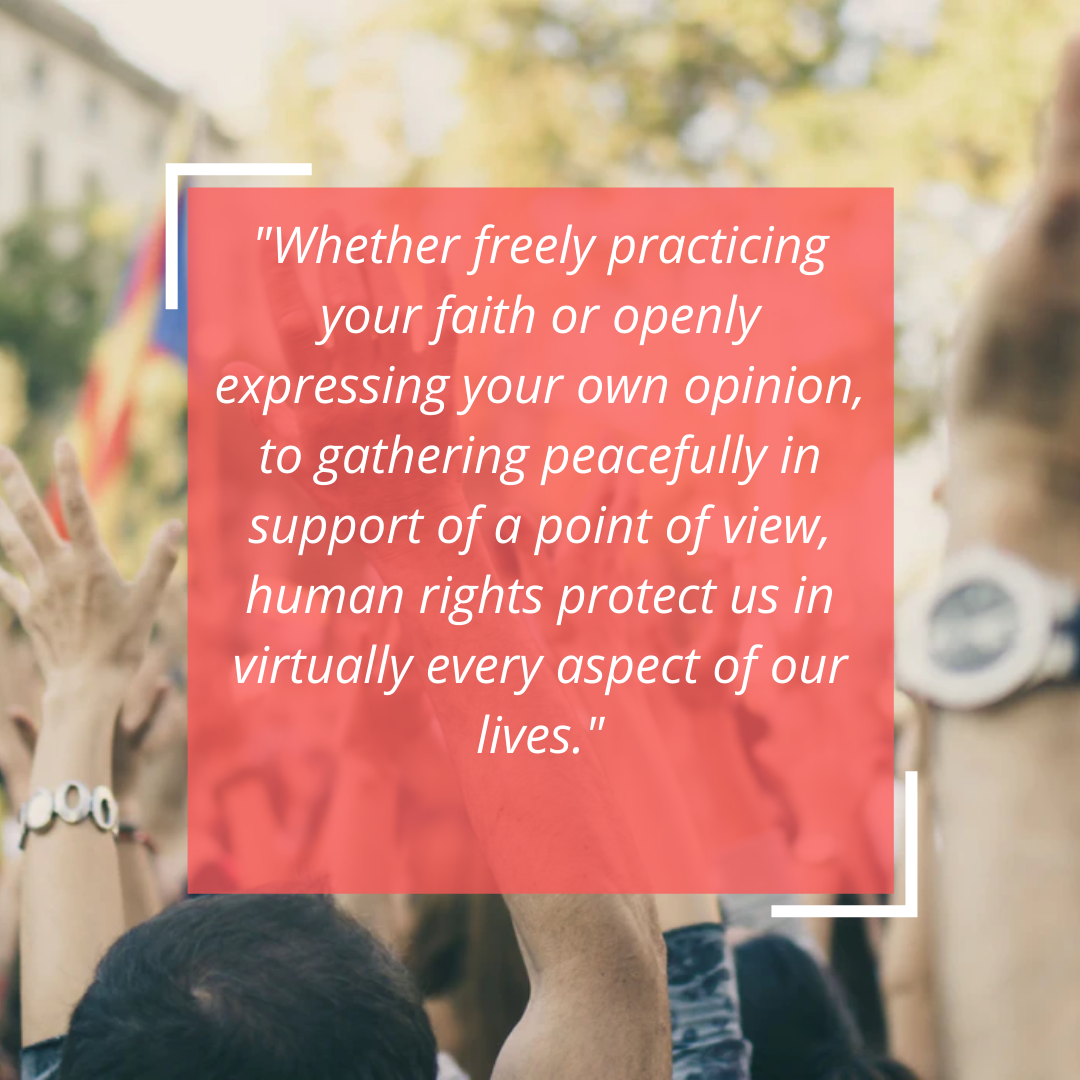 Interviewer: What can you say about the current state of human rights?

Kirsten: The past two years have been among the most significant in terms of communities around the world gathering in great numbers to peacefully protest against a variety of injustices and in favour of human rights – for example in France, Hong Kong, Sudan, the United States, Belarus and the Netherlands to name just a few -. This is an indication of the collective spirit of engagement many have towards making the world a better place.

However, in far too many instances these mostly non-violent protests faced a considerable crackdown from government authorities, both in democratic countries— UK and Spain— and authoritarian ones— Azerbaijan, Belarus, Kazakhstan, and Russia. These actions made the governments violators of two fundamental freedoms – which they themselves are legally obliged to protect: the freedom of assembly and the freedom of expression.

Within the European Union, we have witnessed a deterioration of the human rights situation, in the form of the continued degradation of the rule of law in countries like Hungary and Poland. For example, efforts by these governments to muzzle, politically control, or unjustifiably remove independent judges have raised fears about the future impartiality of the courts. In ignoring the potential impact on human rights in the design and implementation of their judicial reform measures, both Hungary and Poland risk infringing their populations’ right to a fair trial – including the right to a hearing before an independent and impartial tribunal. This is a clear breach of the Treaty of the European Union (TEU) and led to unprecedented calls for suspending the two countries’ voting rights under Article 7 of the TEU and the first ever report on the situation of the Rule of Law in the EU in September 2020.

“However, in far too many instances these non-violent protests faced considerable crackdown from government authorities, both in democratic countries […] and authoritarian ones.”

Interviewer: What is mainstreaming human rights?

Kirsten: Mainstreaming human rights is a process that can positively impact every level of society: national practices, individual actions, and international relations. It is a proactive step to ensure that due attention is given to upholding human rights by all actors.

At the national level, it helps make sure that all people, across all sectors—including economic, cultural, health, administrative, service, and technical industries, among others— are aware of how their actions could impact human rights, and that they go about their work in such a way that human rights are maximally protected.

Individually, it means considering these fundamental rights in every facet of our lives. Human rights should be the frame through which all people engage in society. From the way we do business, to how we are educated, how we participate in civic life, or how we access opportunities and benefits. This is of crucial importance because when the rights of one are infringed, the rights of all are at stake.

“Human rights should be the frame through which all people engage in society.”

Kirsten: Every country worldwide has recognized and agreed that all people have certain inalienable and inherent rights. Moreover, most countries have signed up to international treaties making them legally obliged to respect human rights. Yet universal human rights have not been achieved. We believe that mainstreaming human rights can help resolve this issue and contribute to a more peaceful and just world for all.

Mainstreaming human rights also provides greater insurance against the arbitrary restriction of rights. If human rights are proactively and systematically incorporated into all aspects of our lives, then they cannot simply be turned on and off when politically convenient. Rights and fundamental freedoms must be guaranteed at all times, whether in times of peace or in times of crisis and only a truly holistic – mainstreamed – approach can make this possible.

“If human rights are proactively and systematically incorporated into all aspects of our lives, then they cannot simply be turned on and off when politically convenient. Rights and fundamental freedoms must be guaranteed at all times, whether in times of peace or in times of crisis, and only a truly holistic – mainstreamed – approach can make this possible”