Fighting for Free Speech and Against Political Persecution in Eastern Europe

The NHC’s Human Rights Defence Programme works to safeguard human rights by developing the capacity of civil society to communicate effectively; by building their resilience to actively engage in advocacy on human rights; and by supporting human rights defenders. The EIN’s mission is to improve the implementation of judgements of the European Court of Human Rights (ECtHR). 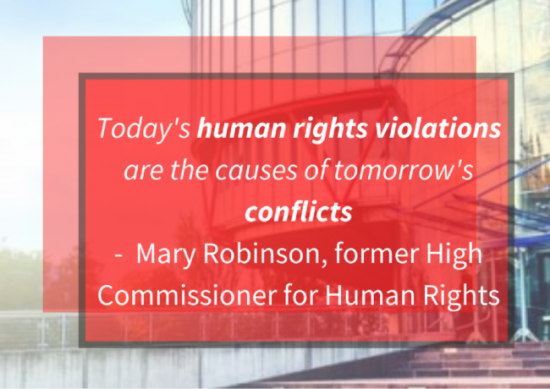 The Court assesses claims of violations of the European Convention on Human Rights allegedly committed in member states of the Council of Europe. As such, the Court plays a crucial role in holding states to account for denying people their human rights. In accordance with the Convention, member states have a positive obligation to ensure the full and effective implementation of the Convention and the Court’s judgments. However, in recent years, some states have largely ignored or only partially addressed Court decisions. The new project is thus particularly timely.

The project will focus specifically on compliance with ECtHR judgements in relation to freedom of speech and freedom from political prosecution in Azerbaijan, Russia, Turkey, and Ukraine. Human rights defenders and NGOs, journalists and other media outlets play an important part in ensuring fundamental freedoms are upheld and that the general public is informed about government decisions. Protecting their freedom of expression and freedom from political persecution is the cornerstone of democracy. In calling on states to uphold their obligations to implement Court rulings – whether by overturning or commuting convictions or sentences; providing reparations to victims of human rights violations; or changing laws to ensure such violations don’t recur – the project will ultimately contribute to the provision of genuine protection of the freedom of expression and the freedom from political persecution for the whole of society.

The LGBTI+ Community Contribute to Society Just Like Everybody Else! – Awareness Raising Campaign Launched in Albania