As World Press Freedom Day is celebrated across the globe on May 3, we, the undersigned organizations, cannot forget the untenable price journalists pay for government criticism in Azerbaijan. The case of Mehman Huseynov is emblematic. Huseynov is a popular journalist and blogger in Azerbaijan who is known for his hard-hitting exposés of alleged corruption by senior Azerbaijani officials. In March 2017, a Baku court sentenced him to two years in prison on charges of defaming an entire police station, after he gave a statement in front of the courthouse in which he described the abuses he had suffered at that police station.

On January 9, a group of plain-clothes officers attacked Mehman Huseynov, blindfolded and gagged him with towels, forced a bag over his head and took him to the Nasimi district police station, where police used an electroshock weapon on his groin, and punched him, bloodying his nose. The next day, officers took him before a court that found him guilty of disobeying police orders and fined him 200 manat (US$120).

Mehman Huseynov remained defiant, went public about the abuses he suffered at the station, and filed a complaint with the prosecutor’s office. The authorities formally opened an inquiry into Huseynov’s allegations, but swiftly closed the inquiry claiming the allegations were groundless. On April 27, an appeal court upheld the prosecutor’s decision to shut down the investigation.

While authorities refused to conduct a credible investigation into Huseynov’s torture allegations, the Nasimi police chief brought a criminal lawsuit against him for defamation. After just two hearings, a court found Huseynov guilty and sentenced him to two years in prison. 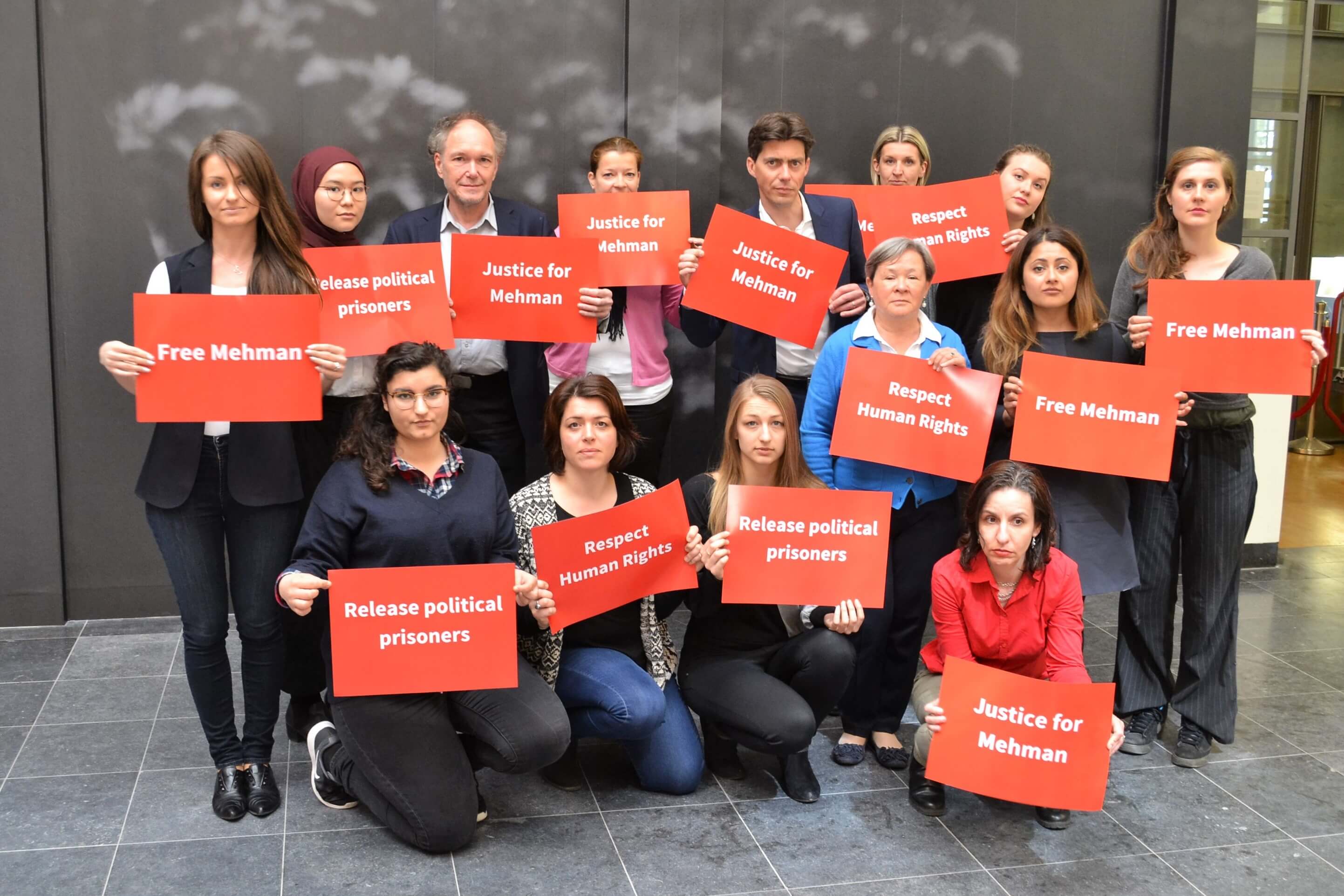 NHC campaigns for the release of Mehman Huseynov

Mehman Huseynov has been targeted by the government for years, since the authorities brought bogus criminal charges against the Institute for Reporters’ Freedom and Safety (IRFS), founded by his brother, Emin Huseynov, who was forced to flee the country for his own safety. Since 2012, Mehman Huseynov has been under a travel ban and has been repeatedly harassed and intimidated by the police.

The imprisonment of Mehman Huseynov is another step by the Azerbaijani authorities to retaliate against him for his critical journalism and defiance, but also to deter others from seeking justice for police abuse, a persistent and well-documented problem in Azerbaijan. At least 5 other journalists and bloggers are currently in prison on politically motivated charges in Azerbaijan.

On a day when the world commemorates the fundamental importance of press freedom, we call on the Azerbaijani authorities to immediately and unconditionally release Mehman Huseynov and hold to account those responsible for the torture and other ill-treatment he was subjected to. This would mark an important step towards ensuring press freedoms and guaranteeing the right to freedom of expression in Azerbaijan.