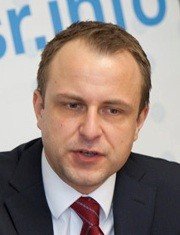 In a written interview with the Security and Human Rights Monitor, OSCE Special Representative Professor Peter Neumann discussed a few topics surrounding the fight against radicalisation. This issue was defined as a top priority by the Austrian OSCE Chairmanship of 2017. Professor Neumann is preparing a report on the best anti-radicalisation practices within the OSCE region. This will be presented to the OSCE Ministerial Council in December 2017.

Professor Neumann provides insight into the reasons why people become radicalised. He elaborates on his previous statement made during a recent conference in Vienna, in which he stresses that a lack of a “sense of belonging” is one of the main reasons for people to radicalise. He argues that a lack thereof contributes to the divisive narrative that “society is at war with [them] and therefore [they] have to fight against [their] own society”.

When asked about the “sense of belonging”, Professor Neumann underlines the importance of equal economic opportunity and social acceptance. He said that “a real policy requires that everyone be accepted in a society and that all members within that society play by the same defined rules and norms”.

Moreover, Professor Neumann was asked about the OSCE’s efforts in combating radicalisation. He recognises that the organisation has already implemented commendable work. This includes holding workshops to strengthen capacities among experts in the field regarding anti-radicalization initiatives. He further establishes the importance of the OSCE in becoming a “clearing house”. This refers to the OSCE facilitating the exchange of experiences and best practices among countries. “The OSCE should become a place where all countries can interact and understand what kind of initiatives already exist,” he said, “and which anti-radicalisation programmes work particularly well in other countries”. He proposes that such cooperation can equip countries to better address the issue of radicalisation effectively.

The interview concluded with advice on what ordinary people can do to counter terrorism. He suggests that understanding the strategy of terrorists allows people to effectively combat against their scheme. “[The] so-called Islamic State is probably not going to kill a lot of people in Europe,” he said, “but it has the power to terrorize our society…Therefore, let me emphasise,… that the most important thing for the general public is to not allow terrorists to divide our societies”.

To read the complete interview published on the Security and Human Rights Monitor, click here.