High-Level Conference on Rule of Law and Civil Society

The Portuguese Presidency of the Council of the European Union and the European Commission jointly organised a High-Level Conference on the “Rule of Law in Europe”, inviting policy makers and representatives of civil society at both EU and national level, as well as representatives of the judiciary, European judicial networks, relevant European associations, and legal practitioners to speak on the importance of promoting and upholding the Rule of Law.

The Conference, which took place in Coimbra on 17 and 18 May 2021, focused on a variety of topics relating to the Rule of Law. The different sessions explored subjects ranging from “The role of civil society for upholding the rule of law”, over “The role of European and national courts for upholding the rule of law”, to “The rule of law in the context of the COVID-19 pandemic” among others. The extensive agenda of the conference managed to engage an impressive array of high-level experts and EU dignitaries.

Augusto Santos Silva, the Portuguese Minister of State for Foreign Affairs mentioned in his opening speech to the Conference: “The Rule of Law concerns us all and we must all do what we can do defend it.”

The role of civil society for upholding the rule of law

With the final aim of Rule of Law being to “protect people”, the opening session of the conference explored the role of civil society to uphold the Rule of Law and ways to involve citizens in decision-making. Speakers included Juan Fernando López Aguilar, Member of the European Parliament and Chair of the LIBE Committee, Stef Blok, Minister of Foreign Affairs of The Netherlands, Caroline Fennell, Chair of European Network of Human Rights Institutions, Berber Biala-Hettinga, Senior Executive Officer of Amnesty International, Dulce Lopes, University of Coimbra, Faculty of Law, and the NHC’s own Executive Director, Pepijn Gerrits. The session was moderated by José Manuel Aroso de Linhares, Coimbra University, Faculty of Law.

López Aguilar delivered the opening address, noting that: “It’s about the citizens, they are the real protagonists”. The importance of involving civil societies in the process of upholding the rule of law became even clearer, when Biala-Hettinga and Gerrits, as representatives of civil society’s efforts, reiterated their role as platforms of strengthening EU values and its accountability. Stef Blok further pointed out that civil society organizations are the watchdogs of European principles.

One of these foundational principles is the importance of civic space as it allows “to monitor and critically evaluate the application of EU treaties, rules and policies by Member States”. Seeing that the protection of the Rule of Law is enshrined in the Lisbon Treaty, member states are legally bound to adhere to the provisions. Yet, at least two member states continue to systematically violate the Rule of Law. Gerrits underlines that such treaty violations, which oftentimes result in democratic backsliding, could eventually lead to a greater violation of the fundamental rights in the EU. A rather dangerous downward spiral to find ourselves in as “it puts the democratic quality and legitimacy of the entire European project at stake”.

Consequently, Gerrits outlined a multilevel approach to take action. It is important to point out that Gerrits calls on governments, the European Union and civil society alike to step up their efforts in making rule of law a priority issue. On the EU level, both the Commission and the European Parliament have a hand in responding faster to the Rule of Law backsliding. While the Commission should focus on implementing their rule of law mechanism instruments, the European Parliament has started to provide civil society organizations with the financial means, for example through the CERV programme. Now it should continue to push for active use by the Commission of the tools that are at hand, while maintaining an open dialogue with civil society. Equally, civil society organisations need to use these opportunities to mobilize support from within the public space. Lastly, member states and national parliaments should to stand up for the values and principles of the EU and finally show the political will to make rule of law a priority issue. The importance of his appeal is underscored in his last sentence:

“[If not] We risk the very existence of the Union, its principles & values and its single market”. 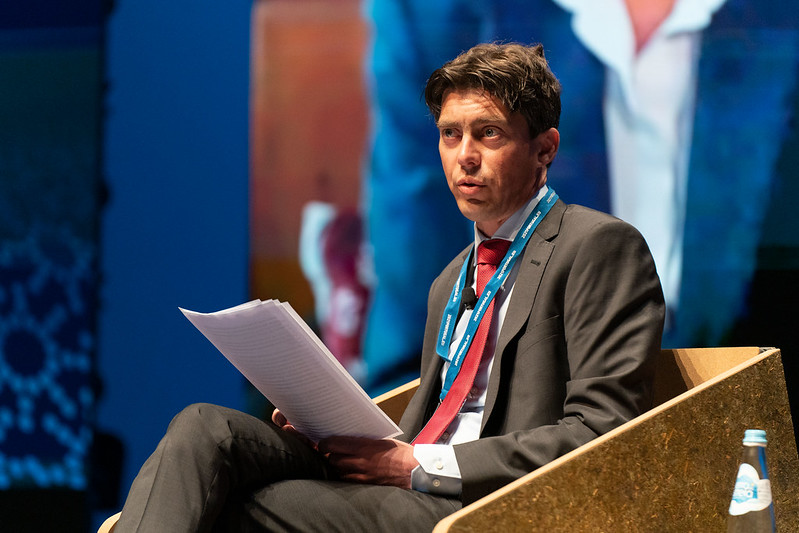 The Future of Europe

When the panel was asked about the role of civil society against the backdrop of the Conference on the Future of Europe, all speakers reiterated that the key to upholding the principles of the EU is ultimately dependent on the participation of the public. Raising awareness on the importance of Rule of Law in order to increase the number of voices at the table is a combined effort on all levels. Fennell supported this sentiment by pointing to the lessons learned during the Covid-19 pandemic, during which the absence of Rule of Law has influenced the public perception of its indisputable importance. A point directed at lessening concerns about the public’s willingness to participate in the Conference.

In the end, there seemed to be an over-arching consensus that it is more important to focus on the future of the EU and the consequences it might have if the foundational values and principles are no longer upheld. The speakers strongly restated this point after a difference of opinion expressed by the Hungarian State Secretary for EU Affairs. Gerrits and Biala-Hettinga underlined that it was due to EU membership that civil society organisations in Poland and Hungary are still able to function as such. To this regard and the importance of the EU as an institution, Dulce Lopes offered more food for thought by raising the idea to dedicate a minute a day that would visually be a minute without the European Union: “What would it be?” She concluded by saying that: “We need to say where the EU is headed, and also say clearly where the European Union can’t go.”