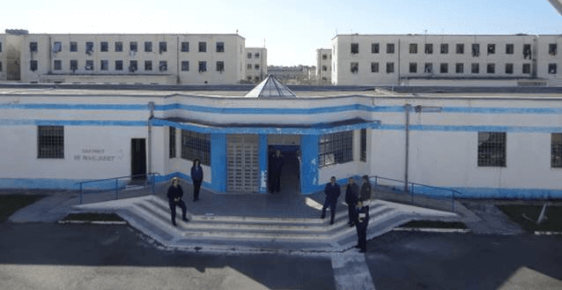 After a recent visit to Albania, representatives of the Netherlands Helsinki Committee and Dutch Custodial Institutions Agency were happy to report on promising news. In recent talks, the General Director of Prisons Mr. Artur Zoto committed to creating an improved independent unit for juvenile detainees by April 1st 2014 in Shën Koll Prison (Lezha), a potential breakthrough in the ongoing project Improvement of Prison Conditions for Reintegration of Juvenile Detainees in Albania, Macedonia and Kosovo.

The plan for this new unit is to refurbish a former kitchen on the complex, which is currently out of use, and change it into a fully separated section that would include six dormitories, two group accommodations, one or two rooms for education and vocational training and a separate courtyard. The new unit is intended only for juveniles and will have its own dedicated staff.

The newly planned facility will offer juveniles support and opportunities that were previously non-existent in Shën Koll Prison. In the new plans, Shën Koll Prison can offer its young detainees chances of receiving education, vocational training, and recreation.

Currently the juveniles spend on average 20 hours per day in their dormitories, the new plan aims to cut back this number drastically, and allow for much more time spent on improving the chances of rehabilitation for the detained youth. Shën Koll aims to start training the juveniles in both their social and vocational skills, allowing them a second chance in Albanian society when their time in prison is over.

The NHC is delighted by this news and hopes that it is the first of many more positive developments coming out of the Matra CoPROL project in Albania, Macedonia and Kosovo.