What is next for Bulgarian fight against terrorism?

As it has been observed by NHC, state of emergency appears to have become a common response to terrorist attacks. Both France and Germany are resorting to this extreme measure, with the former recently extending it for six months after the attack in Nice, and the latter declaring state of emergency after the shooting rampage in Munich.

Bulgaria is also set to integrate a similar measure into its law books. A counter-terrorism bill, feared to curb civil liberties, has been passed during the first reading by the Bulgarian parliament on July 28. 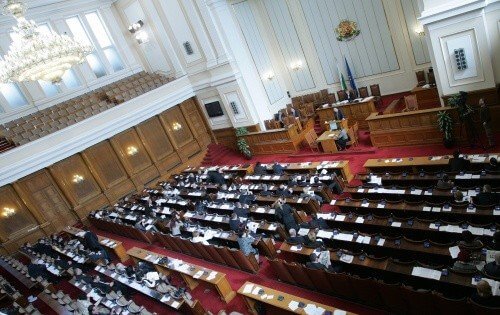 Amnesty International scrutinized the events highlighting the loopholes that might threaten human rights and undermine the rule of law. The future legislation that currently awaits its adoption, will give more power to the government and security services to prevent terrorist assaults. Amnesty International is concerned about the lack of meaningful and independent oversight of counter-terrorism operations, preventing the abuse of power. Moreover, the overly broad definition of the terms “terrorism” and “terrorist act” can be abused for targeting political adversaries, human rights defenders and other categories of activists.

The possibility to declare a “state of emergency” after a terrorist act might provide another loophole for a crackdown on civil liberties. Amnesty also warned that Bulgarian authorities reserve a right to impose a blanket ban on public rallies and demonstrations and authorize the disruption of electronic communications, which could lead to violation of freedom of assembly and the right to privacy. Administrative control measures, such as a ban on leaving the country or forced residency, can be applied to those who are under suspicion of preparing a terrorist act. Amnesty International is concerned that such measures can be used as “a proxy for the criminal justice process”, thus violating freedom of movement.

The legislation triggered mixed responses. Attorney Nikolay Hadjigenov, one of the critics of the anti-terror bill, wrote in a blog that the main aim of the law was “to control, repress and suppress” people. However, the government in Sofia defended the bill in its statement: “The act introduces basic rules of carrying out counter-terrorist operations when there is information about a threat or in case of a terrorist attack. In these cases, it is admissible to limit partly and temporarily some rights of the citizens.”

It is yet to be seen how the bill will change the fabric of Bulgarian political and social life. Should the bill be passed during the second reading, Bulgarian authorities need to heed the predictions and fears addressed by human rights groups to guarantee the protection of its citizens.