Dear Ministers of the Economic and Financial Affairs Council,

We, undersigned organisations defending human rights, ask you to protect the rule of law in Europe and support the proposal to suspend EU funds to Hungary under the conditionality mechanism given the government’s continued attempts to undermine EU values.

With this letter, we urge you to vote in favour of the Commission’s proposal on the conditionality mechanism that aims to suspend 7.5 billion euros to Hungary. It is urgent that the Council recognises that systemic rule of law issues are not resolved, that these concerns create a continued risk for the EU budget in Hungary, and ensures that the conditionality mechanism established in December 2020 empowers EU institutions to properly scrutinise and assess progress.

On 30 November, the European Commission confirmed its recommendation to the Council to implement EU budget protective measures, as set out by EU law. The Commission considered the Hungarian government failed to adequately implement central aspects of the 17 remedial measures addressing concerns related to the rule of law, and maintained the proposal to suspend EU funds until more effective reforms are implemented. Your government now carries the responsibility to uphold the Commission’s assessment and enforce for the first time the conditionality mechanism for the protection of the EU budget.

The evidence of Hungary’s rule-of-law decline has been exposed for years. The European Parliament Article 7 reports, the Council Article 7 hearings, the European Commission rule of law reports and value-based infringements alongside reports and evidence gathered by other international organisations and civil society, have repeatedly, over the years, testified that there are systemic and deeply rooted rule-of-law concerns in Hungary. In the last decade, the Hungarian government has subdued courts, undermined media independence and pluralism, demonized non-governmental groups and criminalized some of their legitimate activities, eroded academic freedom, violated the rights of migrants, LGBTIQ+ and women, while continuing to benefit from EU money. Research from groups like Transparency International Hungary in its recent Black book on corruption and state capture in Hungary concluded that such funding sustained a system of rewarding the governing party’s cronies.

Through the conditionality mechanism, for the first time in over a decade, the Hungarian government has committed to putting in place anti-corruption reforms, proving the effectiveness of this tool in impelling course correction. Yet, as the Commission confirmed, Hungarian rule of law organisations – the Hungarian Helsinki Committee, K-Monitor and Transparency International Hungary – found that the Hungarian government’s actions fall short of several of the 17 proposed remedial measures and fail to encompass the complexity of government malpractice in Hungary. The momentum shall not be lost. The Council has now the possibility to ensure that the monitoring process is followed up on and to keep the Hungarian government under scrutiny, with a view to further scrutinizing the remedial measures and their effective implementation, as foreseen in the conditionality regulation, before reviewing the matter of the suspension of the funds.

It is also high time that the Council takes a principled stance and prevents single member states from holding EU decisions on vital EU priorities – such as the Ukraine 18-billion-euro aid-package and global corporate minimum tax – hostage. We urge your leadership to actively preserve and protect the rule of law and other values provided under Article 2 TEU in EU member states by refraining from funding governments that consistently violate them. We also call on you to protect the Union’s financial interests by ensuring that EU money is spent for the intended purpose and truly benefits the society and people in Hungary, rather than serving elite interests and perpetuating rights violations.

We stand ready to provide any further information you may require. 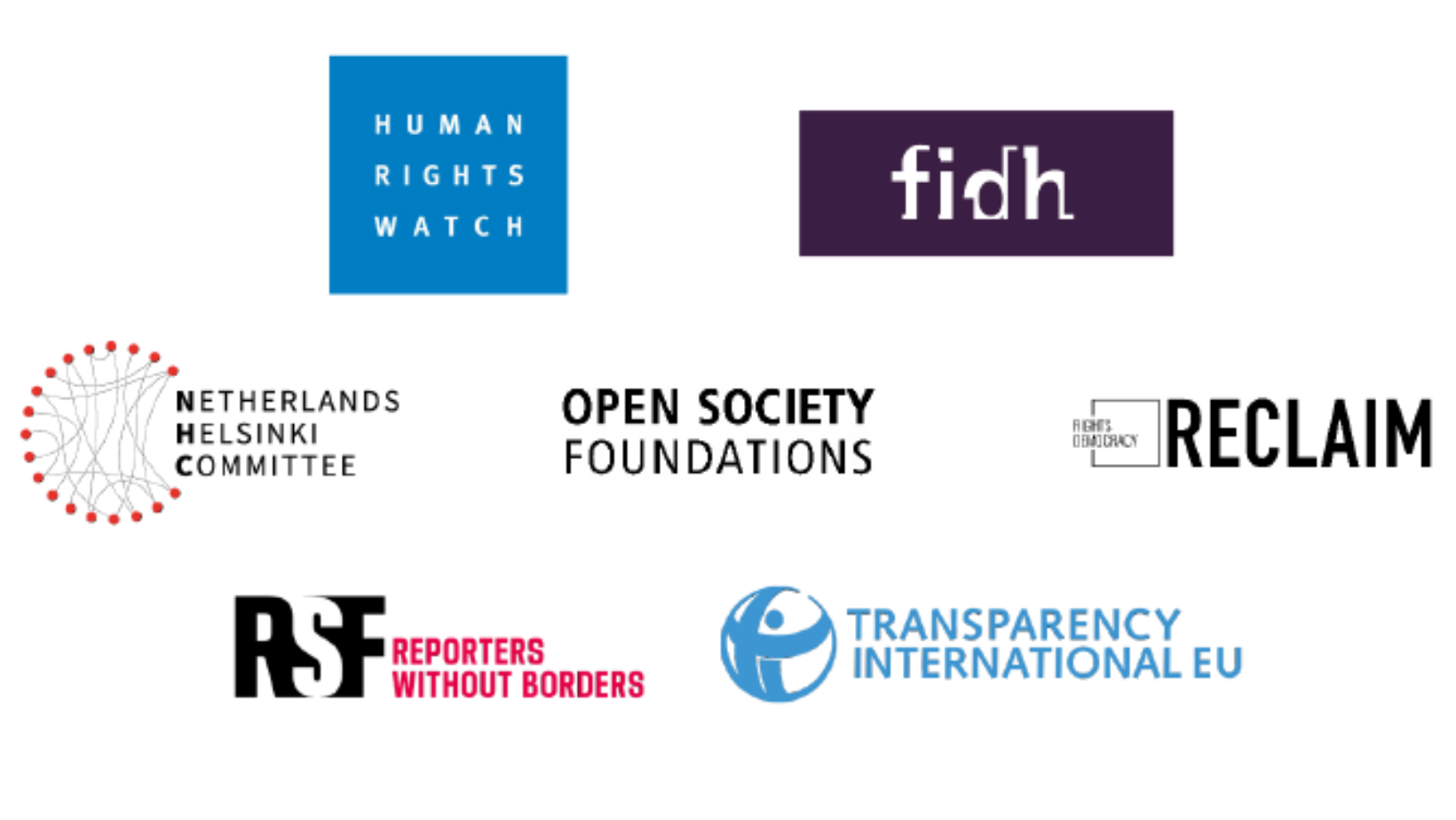