Orhan Kemal Cengiz: “We are anxiously awaiting, as we do not know what is going to happen.” 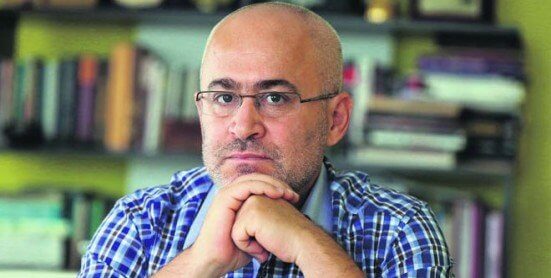 We know the statistics about those who have been detained, arrested or laid off in the aftermath of the recent failed coup in Turkey. It does not take much effort to blend personal stories with these statistics in the spiral of unrest and volatility which Turkey is undergoing at the moment.

Orhan Kemal Cengiz is a Turkish lawyer, journalist and a founding member and former President of the Human Rights Agenda Association in Turkey. He was unlawfully detained on July 21 and remained in custody for four days under trumped-up charges of his connection with the alleged terrorist organization of Gülen. Even though Orhan Kemal Cengiz was not presented with an official accusation, prosecutors referred to his old posts on Twitter that denounced the purge against the Gülen movement as a justification for his arrest. Orhan Kemal Cengiz shared his story with NHC.

The atmosphere in the Security Directorate, as Cengiz describes it, was tense: “[As a lawyer] I represented all sort of victims – Kurds, Christians but it is the first time in my life that I was identified as a person belonging to the people who I defended. When I was in custody, I was not tortured or ill treated but I saw some people who I believe were seriously beaten.The government extended the custody term up to 30 days, which is unbelievably long. And for the first five days you get no access to the lawyer. This combination of incommunicado detention and very long term incarceration before being taken before the prosecutor is a green card for torture. And when torture starts, it always tends to spread out.” In addition to that, Cengiz’s lawyer’s hands were tied: absence of an official accusation and no evidence of the wrongdoing obstructed any attempts of legal defense.

After four days of a Kafkaesque legal plot, Orhan Kemal Cengiz was released. However, he anticipates a crackdown follow-up. Cengiz says that a Twitter account, known as Başkentçi, has alleged links to the government. Before Cengiz’s detention, a list of journalists deemed for arrest was published on this account and Orhan Kemal Cengiz’s name was featured there. Cengiz: “The same Twitter account recently published another list of journalists and I appear on it again. This purge seems to be never-ending.”

Cengiz admits that his criticisms and condemnations might trigger another arrest but he is not planning to stop, despite all the threats he receives from individuals and looming charges over him.

Even though the regime change attempt did not succeed, the consequences resonate with the repressions that accompanied the 1980 military upheaval. One can imagine the spirits of human rights defenders dampening amid an ever expanding crackdown on the media and civil society groups. Cengiz reckons that there is no place in Turkey for those who stand up against human rights violations, as their voices jar with the status-quo: “I am not hopeful when it concerns the future because I cannot see any exit from this position. There is kind of hysteria in Turkey right now: people trampling over human rights are considered somehow as “good” and people like myself are placed on the wrong side.”

As the current unexpected, unexplained arrests have been woven into the fabric of daily life in Turkey, Orhan Kemal Cengiz remains steadfast. He points out that police raids turned into a routine in Turkey. They wake up everyday with the news of new police raids; hundereds were taken into custody daily, thousands and thousands were put in prison. The government even issued an amnesty for some criminals. He said the government would release “thieves, all the criminals, to fill the prisons with intellectuals, writers, human rights activists and others, as well as the coup people.”