Reflecting on the First Year of the Matra RoLT Programme

During the training ‘The administration of justice’ (7-16th of June 2017) of the Matra RoLT programme, professor Rick Lawson had described the city of Leiden in a mesmerizing way to the participants. They listened in awe, but, having been encouraged to be critical at all times, they did not quite believe everything at face value. So, in order to verify if the image of Leiden they had constructed in their minds was real, some Georgian judges decided to return to the city. Departing from their hotel in The Hague, they embarked on a journey – by bike, at night.

Another participant of the Matra RoLT programme experienced a similar verification of an imagined picture versus a real one. He expressed how his perception of the Netherlands had changed during the programme. Due to the anti-Western propaganda he had been exposed to in is home country, his image of the Netherlands was rather negative and, as it turned out, skewed. The Matra RoLT Programme enabled the construction of a new, positive image.

These are just a few of the many anecdotes illustrating how the first year of the Matra RoLT training programme has influenced, both on a professional level as well as on a personal one, the 246 people from Albania, Bosnia-Herzegovina, Georgia, Kosovo, Macedonia, Moldova, Montenegro, Serbia, and Ukraine who participated in the training programme in the year 2017.

Devised and delivered by the Netherlands Helsinki Committee (NHC), the Leiden Law School and The Hague Academy for Local Governance, the four-year Matra RoLT programme aims to strengthen institutional capacity in the field of Rule of Law. Funded by the Netherlands Ministry of Foreign Affairs, participants are offered knowledge of best practices in a wide range of rule of law themes. By theoretical and practical lectures, study visits and the introduction to policy advisors, members of the judiciary and other civil servants working in the government are equipped with knowledge and skills, all meant to fuel necessary changes in their home countries. In addition, a large transnational network of alumni, lecturers and relevant government departments in the various countries is created during the training programme. This network serves as a fertile ground to continue exchange, learning and cooperation.

Now that the first year has been concluded and new trainings are forthcoming in March, the NHC takes the opportunity to reflect on the past year. What lessons have been learned and how will the participants continue with their mission to stimulate and implement changes in their countries of origin?

In order to answer these questions, people involved in the organisation of the programme and participants share their thoughts on the first year of the Matra Rule of Law Training Programme.

Lars Burema, responsible for South-East Europe as programme manager of The Hague Academy for Local Governance, has designed and facilitated the Matra RoLT training courses on ‘Integrity of Civil Servants’ and ‘Decentralisation and Citizen Participation’: “This year, the programme has been devised by a new consortium and three new countries were added to the programme; Ukraine, Moldova and Georgia. This has been challenging. However, I think we managed to design high-quality training programmes. Excellent people have participated. Their commitment and knowledge created a stimulating learning environment. High-level speakers have shared their knowledge with the participants and the interactive study visits to institutions such as the Public Prosecutor, the Ministry of the Interior and Kingdom Relations and the European Anti-Fraud Office, have been stimulating for the participants. Overall, I would say that the first year has been a success. The training session delivered by former Mayor of Amsterdam, Mr. Job Cohen, was particularly memorable. Mr. Cohen gave a powerful speech on the importance of inclusive governance. He stressed that a good leader should always be ready to listen and to engage in dialogue rather than debate.” 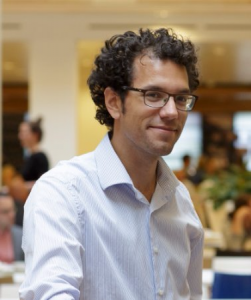 Altin Shano, a lawyer from Albania, participated in the training ´Decentralisation and Citizen Participation’. He also found the session with the former Mayor of Amsterdam remarkable. The open-minded spirit of the former administrator and the way he responded in a sincere manner to the questions of the participants, struck him. Mr. Shano learned that one of the main concerns of the Mayor during his mandate was the integration of the various minorities into society and making sure that all nationalities obtained the same rights and services. Furthermore, Mr. Shano admired the way the former Mayor involved citizens in the decision-making process.

These kind of meaningful moments are often mentioned by both participants and organisers, making the various training sessions unforgettable. In the same vein, Lela Lomia, policy officer at the Dutch Embassy in Tbilisi, refers to the reception hosted by the Dutch Ambassador in his residence. This notable occasion gave the embassy the opportunity to meet the alumni and their supervisors and carefully listen to their experiences.

Given that the trainings touched upon various topics in the realm of rule of law (the integrity of civil servants, the administration of justice, human rights and minorities, decentralisation and citizen participation, public finance management and public procurement), the lessons learnt during the different trainings vary, depending on the topic discussed. Often training sessions in which participants were directly addressed and requested to participate in an active way made a lasting impression.

During the training ‘Integrity of Civil servants’, for instance, Mrs. Kitty Nooy, representative of the Dutch Public Prosecutor, delivered a thought-provoking session on the challenges faced in promoting integrity issues within the judiciary. She confronted participants with sensitive and difficult integrity issues; cases without good solutions which can cause professional and personal values to clash.

Similarly, long time integrity trainer Henk Bruning encouraged participants to explore, head-on, their own integrity dilemmas and share these with their colleagues. By examining such integrity issues, participants increased the awareness of their personal and professional values and the meaning and purpose of integrity.

Thus, participants of the various training programmes returned home equipped with valuable knowledge and lessons learned. But will they be able to actually implement this knowledge in their home countries in the upcoming time?

According to Professor Rick Lawson, professor of European Law at Leiden University in charge of the design of four Matra RoL trainings in 2017, this is a challenging task. Expectations can not be too high, as many Matra RoLT participants face serious difficulties in their daily work. Often, the administrations they work in are relatively small, whereas the responsibilities are big. Judges, for instance, have to deal with an enormous amount of tasks. During the training programme their work has been paused. Upon returning to their offices after the training, the daily work needs to be resumed first. Time needed to invest in enabling change is thus limited. Moreover, most transition countries have to deal with several challenges at the same time. Progress can therefore only be expected one step at a time and the pace will most likely be slow. 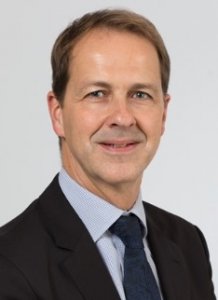 Participant Andrei Shevyrin, head of a small Tatarbunary district court in the Odessa region who participated in the training ‘The administration of justice’ , acknowledges this. His country, Ukraine, has not yet implemented imperative criminal procedural amendments that Mr. Shevyrin deems necessary in order to achieve fundamental change. Thus, the anachronistic clauses in the law that stipulate the necessity to read criminal verdicts entirely has not yet been eliminated. This goal, set in the so-called Back Home Action Plan all participants had to draft in order to successfully conclude the training programme, has yet to be realised. Even though efforts were made by sending draft amendments to key stake-holders, results have not yet been obtained. The decision-making process in Ukraine impedes such necessary changes. Mr. Shevyrin hopes, however, that these amendments will be implemented when the legislation on the criminal procedural code will be adopted in the (near) future.

Furthermore, he states that the Ukrainian administration of justice is also in need of crucial improvements. The Matra RoLT programme inspired Mr. Shevyrin and his colleagues to come up with the idea to invite Ms. Esther de Rooij, Deputy President of the District Court of Amsterdam, in the future to advise courts in the Odessa region and provide them with recommendations on how to improve the administration of justice. During the Matra RoLt programme Ms. de Rooij delivered the lecture ‘Towards a new way of working in the court: communication and teamwork’. The Dutch embassy in Kiev will enable the visit of Ms. de Rooij to the Odessa region.

Fortunately, it is not all bad in Ukraine, according to Andrei Shevyrin: “Positive achievements can be observed as well related to for instance the relations between courts and the media. Ukrainian courts have become more and more public-friendly. They communicate more openly with society. They are on Facebook these days, even courts in rural areas. The Tatarbunary court is a vivid example and digital communication is a very positive development.” 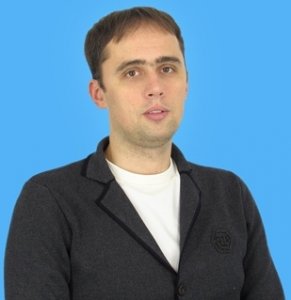 The road ahead is thus one of (small) steps forward as envisioned changes are often not easy to realise. Fortunately, the participants can count on the help of others. The transnational network of alumni, lecturers and relevant government departments is there to support them. One way of maintaining these relationships, established during the programme, is by attending the alumni events that are organised after the trainings. Kateryna Bardadym of the Dutch Embassy in Kiev:

“After the training, the participants were invited to take part in the alumni event at our embassy. In this was, a platform was created for an open discussion on problems and challenges related to reforms in Ukraine. The embassy chose to shed light on the topic of judicial reform as this is essential for Ukraine in order to become a country governed by the rule of law.” 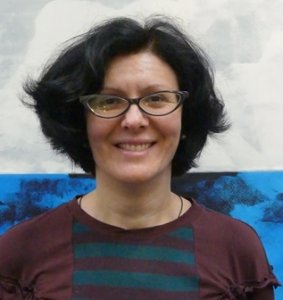 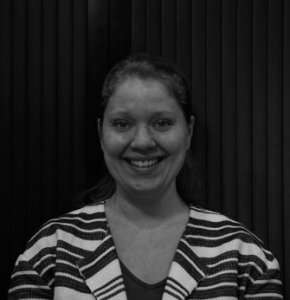