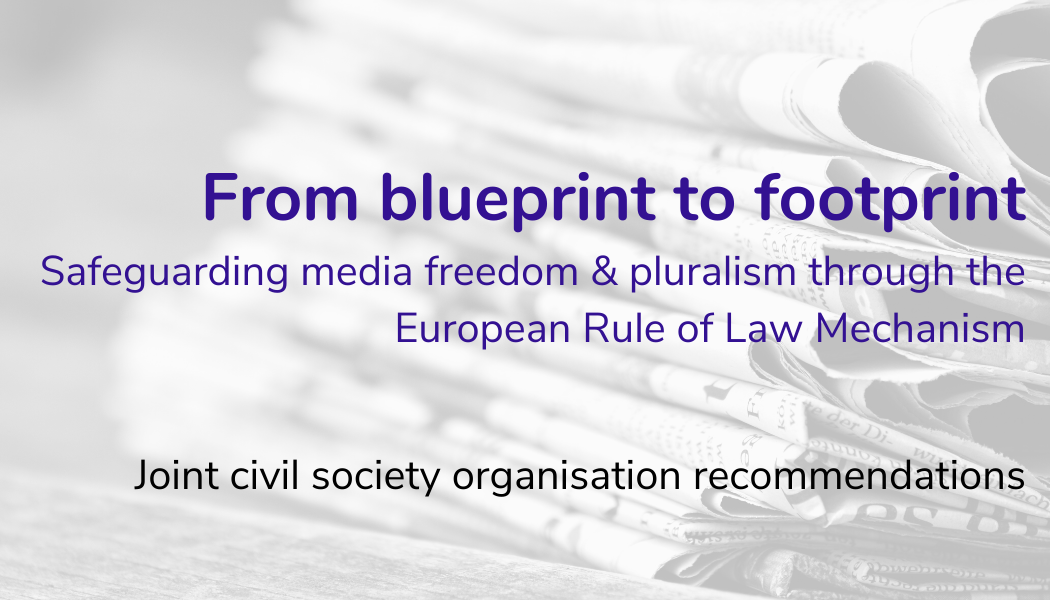 Independent journalism and freedom of the press are important for the public’s access to pluralistic information. They do not only serve as one of the pillars of democracy but also serve to address the current state of press and media freedom in the European Union (EU).

Currently, many journalists within the EU are exposed to hardships such as intimidation, violence, censorship and destructive lawsuits for merely doing their work and exercising their right to freedom of expression. Freedom of expression is a fundamental human right for all. It helps ensure journalists have the freedom to do their work without fear of reprisals and enables the public’s access to vital information.

The murders of Daphne Caruana Galizia in Malta and Ján Kuciak in Slovakia shed light on the numerous threats journalist face within the EU. Now that some governments use the COVID-19 pandemic to curtail key rule of law principles, access to information is crucial for the public’s right to know. The NHC stresses the important role journalists play in society and the need to provide them with safe working conditions guaranteeing their independence. This is why we joined other European NGO’s in providing a set of recommendations for the Annual Rule of Law Report on safeguarding media freedom and pluralism.

The Annual Rule of Law Report, to be published by the European Commission, monitors such topics as judicial independence and anti-corruption measures being taken within the EU. The report is a part of the newly launched European Rule of Law Mechanism, which marks a new opportunity to uphold democracy in the EU. It is crucial that EU decision-makers aim for an ambitious European Rule of Law Mechanism, effectively upholding press freedom and media pluralism and leading to concrete improvements for journalists and the media sector.

Read the full list of recommendations outlining how to make the Mechanism strong, timely, inclusive and representative of the challenges faced by journalists and the media sector here: