Read on for a full statement from the Turkish Human Rights Joint Platform calling for an immediate release of the president of the Turkish Medical Association, Prof. Dr. Şebnem Korur Fincancı, following her arrest last week.

For more information on the work of Prof. Dr Şebnem Korur Fincancı and calls for solidarity from the NHC see here & here. 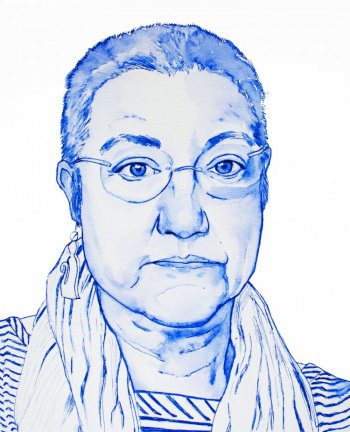 Forensic Medicine specialist Prof. Dr Şebnem Korur Fincancı is an academic and activist working in the field of human rights and, in particular, the ban on Torture and Ill-Treatment. She is the elected president of the Turkish Medical Association (TMA).

Prof. Dr Şebnem Korur Fincancı’s opinion, which she expressed in response to a question on a subject that falls within her field of expertise and her duties as President of the TMA, was made public on 20.10.2022 through video footage in the media.

The government and some other segments of society reacted angrily and harshly to this statement, mobilising law enforcement and the judiciary and announcing that an investigation had been launched in response to this statement. Prof. Dr Şebnem Korur Fincancı, who was abroad at the time, returned home and immediately applied to the competent institutions, stating that she was willing to testify if an investigation was launched, but her statement was not taken.

Despite this, on 26 October 2022, at 06:30 a.m., police officers arrived at Şebnem Korur Fincancı’s house, searched the house, and detained her as if she was attempting to flee or engage in spoliation of evidence.

Furthermore, the smear campaign launched by some media outlets is being maintained by public institutions. Images of some of the materials seized by police officers during the house search were shown as evidence of a crime. They were widely circulated by some well-known media outlets, particularly TRT. This treatment is politically motivated, resulting in persecution and discrediting.

This illegal act constitutes a new threat to Prof. Dr Şebnem Korur Fincancı and all human rights activists and institutions.

The investigation conducted against Şebnem Korur Fincancı, whose expertise we trust and whose sincere and selfless work in the field of human rights we have witnessed for years, as well as all administrative and judicial proceedings aimed at preventing her from performing her duties as the President of the TMA, must be terminated and she must be released immediately.