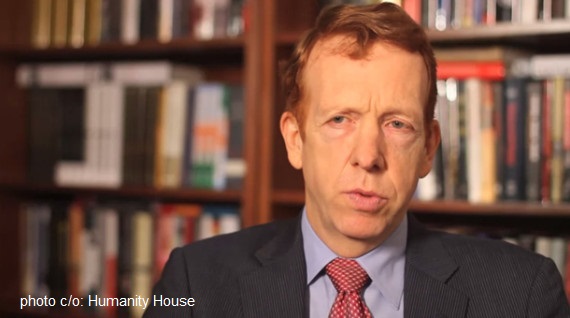 “Civic space is interlinked to security, stability, and prosperity,” said one participant at a discussion with international democracy support expert Thomas Carothers. Carothers is the Senior Vice President of Studies at the Carnegie Endowment for International Peace. He, along with Saskia Brechenmacher, recently published the report, “Defending Civic Space: Is the International Community Stuck?” In preparation for a 7 November 2019 Dutch parliamentary debate on strengthening international civil society, Carothers spoke to representatives from the Dutch Ministry of Foreign Affairs and the Breed Mensenrechten Overleg (BMO), a network of Dutch human rights and development organisations that promotes attention to human rights in Dutch foreign policy. Describing what was at stake, Carothers explained that civic space is seen as a dangerous thing for some regimes; while opposition parties exist even in countries controlled by authoritarian regimes, only citizens really have the power to dislodge regimes. Similarly, another participant noted, “The autocratic way of creating stability may be attractive to some but we have seen time and time again it eventually falls apart.”

Civic space is interlinked to security, stability, and prosperity”

Changing landscape: what problem are we dealing with?

The issue of shrinking space for civil society has been gaining attention amongst civil society organisations worldwide (See: Strengthening Civil Society for NHC work on this topic), and increasingly governments and international organisations. In describing the context of this problem, Carothers explained that previously some thought this was a problem only for certain types of regimes (think Venezuela or Uganda), but today it is now recognised as a more general and global issue.

Civil society networks like the BMO started advocating towards governments and international organisations to recognize this problem and make commitments to tackle the issue. Successful cooperation and consultation between civil society and government representatives in the Netherlands has seen a positive shift in policy in the country. Carothers named the Netherlands as one of the few countries in the world that has put this issue on the agenda and has put forward policies focusing on strengthening civil society and countering the negative trends in civic space worldwide, Sweden and Canada are two other such countries. The question now is howexactly are civil society, national governments, international organisations, and donors going to work together and empower civil society? How can we enable civil society to survive and thrive in the face of mounting pressure from regimes aiming to silence them?

What have the responses been to strengthening civil society?

While progress has been made in the fight against shrinking civic space, Carothers summarised his assessment of global responses as, “not rising to the level of the challenge,” an opinion shared by civil society representatives present at the discussion. Carothers highlighted key findings from his report in areas of progress and factors limiting international response. In summary, he noted the following:

Searching for solutions together: what are suggested responses to bolster civic space?

In addition to describing the progress and the limiting factors, Carothers also highlighted some policy recommendations:

During the general discussion that followed Carothers’ presentation, participants talked about how they saw the problem and considerations that should be made when forming potential solutions. Drawing from experience abroad, one participant noted, “[Governments] often name security concerns as the main reason for restricting civic space. We need to make the argument of why and how civic space can address security concerns” Another participant pushed for the human rights framework to be used as a foundation upon policies should be based.

The question of broadening the pool of actors dealing with this issue was also brought up. Carothers explained that there is sometimes a sense of “liberal guilt” and notions of “should we even be trying to effect societal change in other countries?” To this Carothers pointed out that the traditional view of “western” countries as the main actors in providing development aid is growing increasingly outdated. He explained that there are other actors out there, China, Saudi Arabia, and India are just a few examples of actors also trying to affect societal change outside their borders. In his opinion, what makes “western” actors like the US or some European countries, preferable, is that they work based on openness and transparency. Furthermore, they pursue policies that have as its underlying foundation the belief that democratic principles such participation and strong civil society is the way to foster stable, secure, and prosperous sanctities.