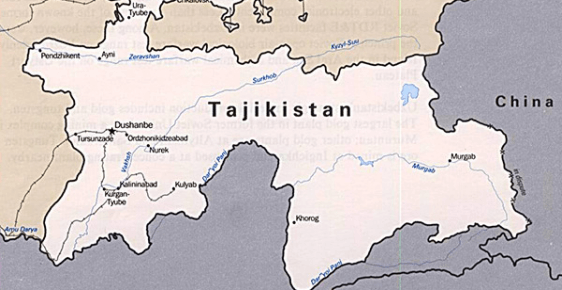 Almost a hundred civil society groups called on the government of Tajikistan to drop new restrictive draft legislation on NGOs and to respect the right of NGOs to have unhindered access to funding for their work. The NHC also signed this joint statement.

We, the undersigned civil society organizations, are alarmed at the recent initiative by the government of Tajikistan to regulate and restrict access of NGOs to financial assistance. Draft legislation to this end, which is currently under consideration by the government, runs counter to international standards protecting the right to freedom of association and risks endangering the work of NGOs in the country. We call on the government of Tajikistan to drop this draft legislation and to respect the right of NGOs to have unhindered access to funding for their work, including from sources abroad.

According to draft amendments to the Law on Public Associations prepared by the Ministry of Justice of Tajikistan, all grants and donations received by NGOs from foreign and international sources would be subject to inclusion in a state register of humanitarian assistance. The implementation of programs funded by foreign governments, international organizations and other sources abroad would only be allowed after the registration process has been completed. The registration requirement would apply to all funds originating from these sources, irrespective of size. In addition, the draft amendments require the registration of funds received “through other physical and legal entities,” an ambiguous provision that leaves it unclear whether funds received from local sources also would be subject to inclusion in the same register.

After a non-transparent drafting process, in which civil society has not been involved, the draft amendments are now being reviewed by other government agencies. It is expected that the draft law will be submitted to the parliament in the near future.

This draft legislation in Tajikistan forms part of a broader trend in many countries in the former Soviet Union, in which governments are stepping up efforts to control and restrict access, in particular, to foreign funding of NGOs. The arguments used to justify such legislation are typically that it is necessary to enhance the accountability and transparency of NGOs that receive foreign assistance, who are also often the targets of unfounded accusations that they serve the “political interests” of foreign donors. While NGOs are accountable to the public and should provide information about their activities and sources of funding, any procedures aimed at ensuring the transparency of NGO financing must be necessary and reasonable and must not impede the ability of organizations to obtain and use funding for their work either from domestic or foreign sources.

We are concerned that the proposed registration requirement for NGO funding in Tajikistan would place an additional bureaucratic burden on NGOs, which are already required to account in detail for their activities and the sources and amounts of their funding (including that from foreign and international sources) by submitting regular reports to the Ministry of Justice and the tax authorities. The proposed registration requirement would also only apply to NGOs, not other entities that receive financial assistance.

Moreover, we are concerned that the proposed provisions would unduly restrict access to funding of NGOs. The draft amendments do not elaborate on how the procedure for registering grants with the government would be implemented or what sanctions non-compliance would entail. However, there are reasons to fear that it in practice would amount to a system of pre-authorization for the use of funds that would involve direct government interference in the activities of NGOs and could result in arbitrary delays and denials to register grants. As a result, it could jeopardize not only the implementation of NGO projects aimed at, for example, counteracting torture, fighting corruption, promoting environmental protection or assisting members of vulnerable groups, but also the continued existence of NGOs dependent on unobstructed access to funding.

Across the former Soviet Union, measures to increase government control over the financing of NGOs have been taken in the context of an increasingly restrictive climate for NGOs. In Tajikistan, the draft legislation on NGO funding is being put forward at a precarious time for civil society organizations in this country. The Ministry of Justice, the tax authorities and other state institutions have wide powers to monitor and oversee NGO activities. In the recent period, inspections of NGOs have increasingly been carried out on an unscheduled basis and been followed by warnings and – in some cases — lawsuits to suspend and close down organizations for alleged violations of the law, including the failure to comply with requirements of a technical nature. If adopted, the draft legislation would further worsen the climate for NGOs and is also likely to contribute to public mistrust and suspicion of NGOs by singling them out for the proposed registration regime.

In our view, the proposed amendments to Tajikistan’s Law on Public Associations are inconsistent with the country’s international human rights obligations and commitments. As emphasized by international human rights bodies, the ability for civil society organizations to access funding and resources for their work is an integral and vital part of the right to freedom of association as protected, in particular, by article 22 of the International Covenant on Civil and Political Rights (ICCPR). As a party to the ICCPR, Tajikistan has an obligation to facilitate NGO access to funding, irrespective of whether it originates from domestic, foreign or international sources.

The UN Special Rapporteur on freedom of peaceful assembly and of association has stressed that while states often invoke arguments about enhancing transparency and accountability and protecting national security to justify restrictions on NGO funding, such restrictions are not permissible unless they are strictly necessary and proportionate to pursuing a legitimate aim, as required by ICCPR article 22. The Special Rapporteur has further underlined that funding restrictions that impede the ability of associations to pursue their statutory activities constitute an impermissible interference with ICCPR article 22. According to him, among others, requirements for organizations to obtain government approval of funding place undue constraints on the right to freedom of association. The Human Rights Committee, which supervises implementation of the ICCPR, has also taken a stand against government pre-authorization of NGO funding.

We call on the authorities of Tajikistan to comply with their international obligations and commitments on freedom of association and other fundamental rights and to: