The Netherlands Helsinki Committee has been proud to call The Hague its home since the early 1990s. Through the years, the seaside metropolis has increasingly lived up to its sobriquet as the “City of Peace and Justice”. The vibrant civil society has given rise to a city where, as of 2019, more than 480 other international non-profit organizations are based, providing (in)direct employment to 40.000 people. These and other findings were presented in a report commissioned by the municipality of The Hague.

For the sixth time since 2005, research firm Decisio analyzed the economic contributions of the international non-profit sector in The Hague and region. The sector includes intergovernmental organisations, European organisations, NGOs, embassies and consulates, cultural and knowledge institutions, international schools and expat and service clubs.

As a fervent advocate for human rights and the rule of law, the Netherlands Helsinki Committee is proud to be a long-standing member of the Hague community, and to continue to contribute to this great City of Peace and Justice. For the implementation of our mission, the international environment and recognition of the city as the Capital for Peace and Justice is crucial – especially so in these uncertain times where the environment for civil society organizations has deteriorated in a number of other countries.”

The survey results have once again shown that international organisations play a stable and significant role in The Hague’s economy and represent a growing sector. The 480 organisations spend 2.9 billion euros and provide 40.000 jobs, and account for 11 percent of The Hague’s economy. According to the report, in existing international organisations, there has even been a 7.5% growth in the number of jobs they provide compared with the results of the previous survey in 2016. 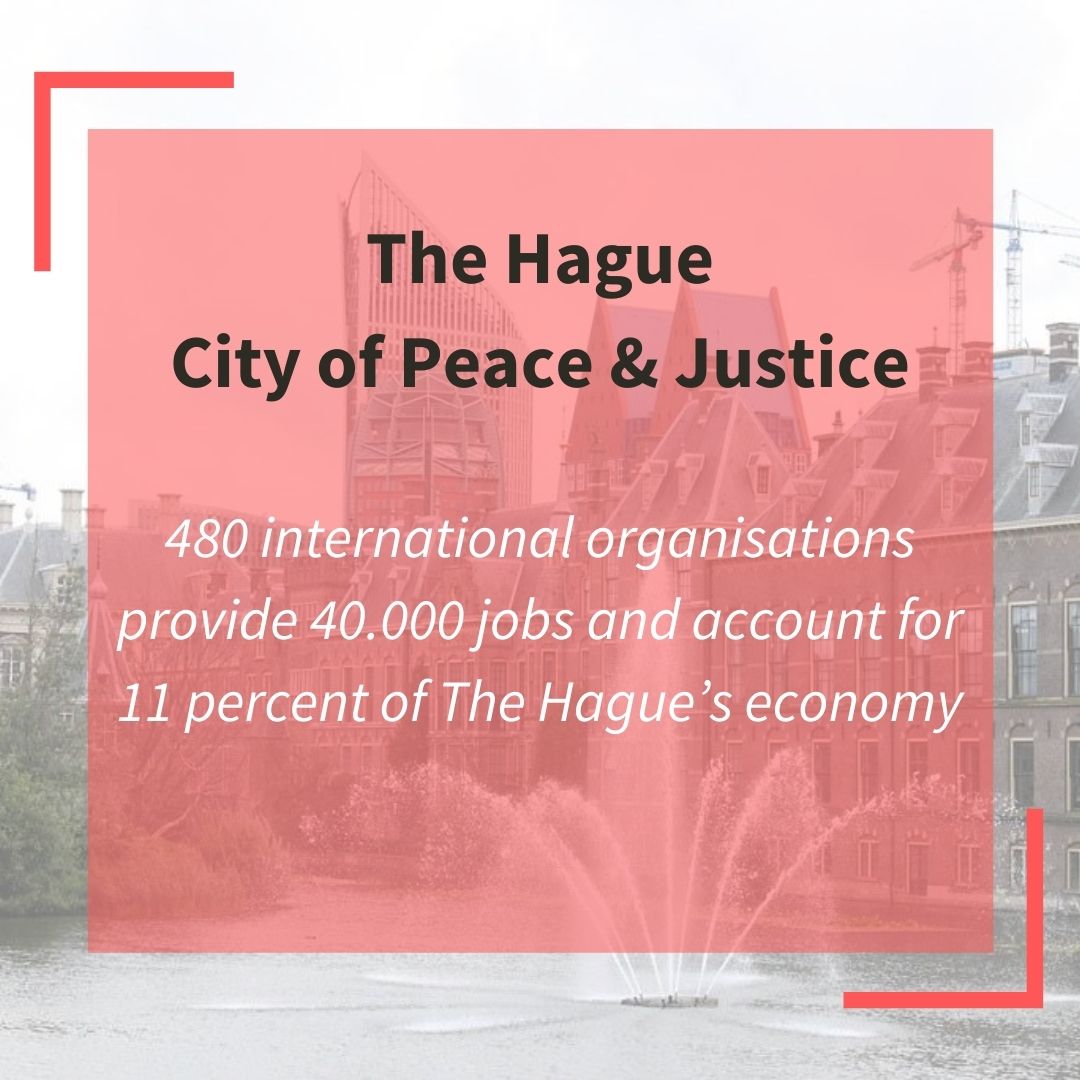 As Saskia Bruines, Alderman for International Affairs, Economy and Services and Deputy-Mayor of The Hague noted, “The work of [these] organization[s] matters to the world. The research […] shows us that the economic benefits for The Hague are also significant. The positive results also encourage me to think ahead… [Let’s]… further strengthen the position of the Hague as a lively and dynamic city to work and live in.”

city of peace and justice international organizations The Hague