The Magnitsky Act Comes to the EU: A Human Rights Sanctions Regime Proposed by the Netherlands

Natalia Magnitskaya, mother of Sergei Magnitsky: “The EU Magnitsky Act is not simply for Sergei… This piece of legislation will aim to prevent the growing number of new victims of rogue regimes, which commit similar crimes. If evil is not defeated, it tends to expand indefinitely. I believe it’s a matter of time – sooner or later Sergei’s executioners will be brought to justice.”

The EU has taken a significant step in combatting human rights violations worldwide by agreeing to take the first steps in a “Global Magnitsky Act,” an initiative first proposed last year by the Dutch Minister of Foreign Affairs Stef Blok. On 9 December 2019, the EU’s High Representative for Foreign Affairs and Security Policy Josep Borrell announced that all Member States “… have agreed to launch the preparatory work for a global sanctions regime to address serious human rights violations, which will be the European Union equivalent of the so-called [Global] Magnitsky Act of the United States.” 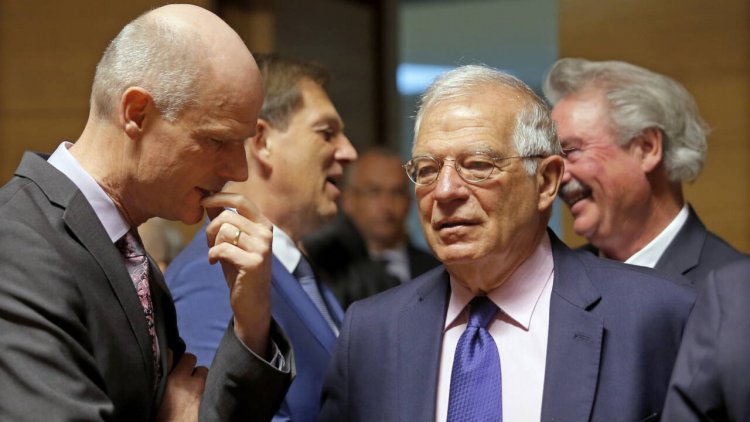 Where does the Magnitsky Act come from?

The original Magnitsky Act, from the US,  was enacted in 2012. The Act derives its name from Sergei Magnitsky, a Russian attorney who in 2008 found in information pointing to a $230 million corruption scandal connected to the Kremlin. While he was trying to investigate further, Magnitsky was detained and held without trial for over a year. In 2009, he died in his cell, having been beaten by prison guards and despite his critical condition, repeatedly denied medical care during his detention—many have characterised this as murder. No individual from Russia linked to Magnitsky’s death have been punished within the Russian legal system—instead some were even promoted.

After Magnitsky’s death, his employer Bill Browder, began a campaign to pass US legislation that— as long as no proper legal investigation, prosecution and trial would take place in Russia– would individually sanction the Russian individuals involved in Magnitsky’s case. Once adopted, the Act enabled the US to refuse entry and freeze US assets of persons responsible for the detention, abuse and death of Sergei Magnitsky. In 2016, the scope of the Act was expanded to include human rights violators and corrupt officials irrespective of their nationality— the Global Magnitsky Act. This Act provides the legal basis to institute travel bans and freeze the US assets of gross human rights violators from any country.

The Development of Magnitsky in the EU

Following the US’s lead, the Baltic States, Canada and the UK adopted legislation similar to the Global similar Magnitsky Act. Since 2011 the Dutch parliament has repeatedly requested initiatives on similar legislation. However the government repeatedly denied the requests, arguing that legislation would be more effective if coordinated at the EU level. Finally, in late 2018 Minister Blok took the first step by organizing a seminar with senior diplomats from other EU Member States to discuss the possibility of such a regulation; the next month foreign affairs ministers of all EU Member States unanimously agreed to start preparatory work. In December 2019, a year later, all Member States agreed to move to the next stage. Reaffirming this move, Borrell said, “The European External Action Service will prepare the documentation for this in order to prepare the equivalent of this [Global Magnitsky] act,” adding that such a framework will be “a tangible step reaffirming the European Union’s global lead on human rights.” During a speech on International Human Rights Day, on 10 December, Blok went a step further saying that “… with this new EU sanctions regime we can show that the EU has teeth. And human rights abusers will feel their bite. Now that’s what I call effective.” Human rights violators, he said, “won’t be able to do business here [in the EU] anymore. Or shop in the glitzy stores of Paris or Budapest.”

While the preparatory work for the regime is a crucial step in the right direction to combat human rights violation universally, the draft legislation will require unanimous approval by all Member States in the end, including EU states with close ties to Russia.

In his 10 December Human Rights Day speech, Blok emphasised the importance of prioritising human rights, and the dedication and effectiveness the Netherlands has shown in bilateral and multilateral relations in this regard. Quoting his predecessor Max van der Stoel (one of the Netherland’s most well known human rights champion and founder of the NHC), Block said,“Sometimes you have to use quiet diplomacy, working behind the scenes. Other times, you need to protest or apply heavy pressure,” explaining that there is no “fixed recipe” to combat human rights violations and underlining his pragmatic approach. He explained that the Netherlands tries to tackle human rights related problems step by step. Listing examples in which the Netherlands sought respect for human rights abroad, such as coalitions, presence in international human rights mechanisms and hosting human rights related conferences, Blok continued that “we must work to promote human rights. Not only because we have made certain commitments… But also because respect for human rights leads to more development elsewhere, and to greater stability in our own surroundings.” He added that “human rights help guarantee a world that provides a decent living environment for others, and thus for ourselves too.”

The specific attention paid by the Minister on human rights around his 10 December speech came after criticisms from parliament arose earlier this year over the lack of attention for human rights in Blok’s China strategy. 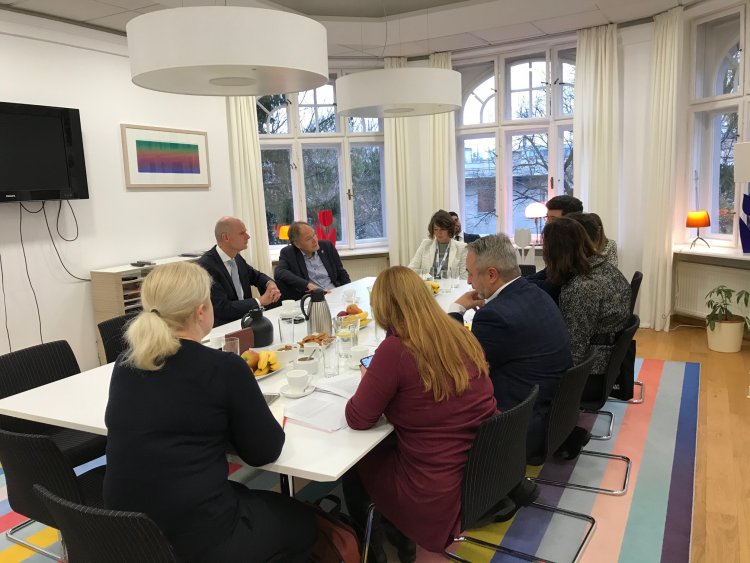 On 5 December, in the margins of the Organisation for Security and Cooperation in Europe (OSCE) Ministerial Council Meeting, Blok met with members of the Civic Solidarity Platform (CSP) (a network of human rights organisations from throughout the OSCE region, of which the NHC currently serves as secretariat). The meeting paid special attention to the Bratislava Declaration on Freedom of Peaceful Assembly, issued by the OSCE Parallel Civil Society Conference, organised by the CSP every year during the Ministerial meeting.

The NHC will continue to advocate for universal respect of human rights and support measures such as the “Global Maginstky Act” which aim to safeguard human rights. It will advocate for mainstreaming human rights, pushing for outcomes of human rights procedures to have an impact in all areas of international relations e.g. economic, cultural, professional and technical assistance contacts, in its own capacity and within civil society networks such as the Civic Solidarity Platform.