Viktoria Marinova, the Latest Victim of Escalating Violence Against Journalists in the EU

Journalist Viktoria Marinova has been murdered in her hometown of Ruse, Bulgaria. Marinova, who leaves behind a seven-year-old daughter, was found on Saturday 6 October 2018. Marinova’s body had been raped, savagely beaten and suffocated before being left in a park near the banks of the Danube. Marinova, 30, was an anchor and administrative director at Ruse’s TVN channel. Her show, Lie-Detector, promised independent investigative journalism on Bulgarian current affairs. 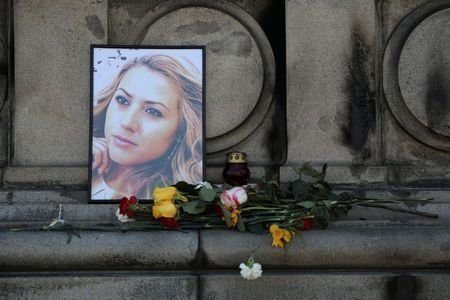 Vigils have been held in remembrance of Marinova, 30, in Bulgaria and across Europe. photo c/o: Reuters.

Bulgarian Interior Minister Mladen Marinov stated there was no reason yet to suggest the murder is related to Marinova’s work. However, there are reasons to suspect otherwise. Marinova’s last broadcast, less than a week before her murder, investigated alleged fraud involving EU funds and suggested links to high profile businesspersons and politicians. The show featured interviews with investigative journalists Dimitar Stoyanov, from bivol.bg, and Attila Biro, from the Romanian Rise Project. Asen Yordanov, owner of bivol.bg, told AFP he had received credible threats towards his journalists as a result of the story featured on Marinova’s show. Yordanov suggested that “Viktoria’s death, the brutal manner in which she was killed, is an execution…it was meant to serve as an example, something like a warning.” On Tuesday 9 October 2018, a Bulgarian national, 21, was arrested in connection with Marinova’s murder after being detained by police in Hamburg.

Viktoria’s death, the brutal manner in which she was killed, is an execution…it was meant to serve as an example, something like a warning.” – Asen Yordanov

Violence against journalists: a worrying trend in the EU

The brutal murder of Viktoria Marinova is the latest incident in a worrying trend of escalating violence against journalists working to expose corruption and human rights abuses in the EU. Marinova is the third journalist killed in the EU in the last twelve months.

On 16 October 2017, Daphne Caruana Galizia was killed by a remotely triggered car bomb near her home in Malta. Caruana Galizia was a blogger in Malta and outspoken critic of many of the island’s leading political figures. Her blog, Running Commentary, exposing corruption, nepotism, patronage networks and money laundering within Maltese politics, drew up to 400,000 hits per post in a country of just 440,000. Less than six months after Caruana Galizia’s murder another EU state played host to the brutal murder of a high profile investigative journalist. In February 2018, prominent investigative journalist Ján Kuciak, 27, and his fiancé were shot dead in their home in Velka Maca, Slovakia. Kuciak specialized in covering large-scale tax fraud for the actuality.sk website. Kuciak’s last article focused on the activities of Marián Kočner, a Slovak businessperson with controversial links to several politicians but he had also been investigating links between the Calabrian mafia and Slovak politicians.

It is clear that the traditionally safe environment for journalists in Europe has significantly deteriorated in recent years. While the brutal murders of Marinova, Caruana Galizia and Kuciak have been the most extreme acts of violence against journalists in the EU, there is a wider trend. In a number of countries, journalists investigating corruption and injustice have had to face detentions, harassment, anti-media rhetoric from leading politicians, oligopolistic ownership concentration and repressive legislation. This hostile environment for journalists across the EU is reflected in the Reporters Without Borders’ 2018 Index, which shows several EU member states, notably Bulgaria, Croatia, Hungary, Malta, Slovakia, Poland and the Czech Republic, have in recent years dropped significantly in the press freedom rankings.

European governments must respect the freedom of journalists to investigate and uncover corruption and the abuse of power. We must stop the rot.” – Pepijn Gerrits 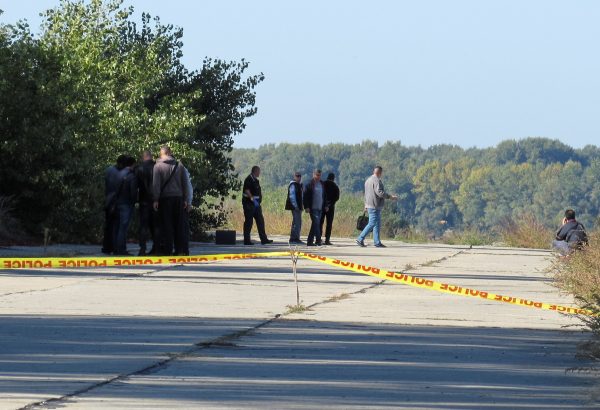 Marinova's body was found near the banks of the Danube in her hometown of Ruse. photo c/o: Reuters.

Press freedom in Europe: we must stop the rot

A free, diverse and responsible press is a core feature of a functioning democracy. Journalists and the media, the “fourth estate,” provide vital information that forms the basis of any citizen’s effective participation in a democratic society. In this sense, freedom of the press is central to the rule of law. Journalists also sustain democracy and security by bringing to light human rights violations, corruption and the misuse of power. Yet across Europe, notably in central Europe, the ability of the press and journalists to investigate and publish the truth is clearly under attack. Corrupt forces, both governmental and non-governmental, use and abuse their power in order to silence critical voices.

If this hostile environment towards journalists spreads, it would undermine the rule of law and democracy across the entirety of the European Union. Europe has the reputation of a safe haven for journalism and a region of the globe in which freedom of the press is respected. Yet truth telling is becoming an increasingly dangerous profession across the continent. The brutal murder of Viktoria Marinova has reminded us of this once again. In response to this trend Pepijn Gerrits, NHC Director, stated ,“European governments must respect the freedom of journalists to investigate and uncover corruption and the abuse of power. We must stop the rot.”