Despite recommendations by the European Commission to open accession negotiations with Albania and North Macedonia, the European Council once again voted against this process. Johannes Hahn, the Commissioner in charge of EU enlargement has stated that the two candidate countries have met all conditions for opening negotiations. Reportedly three Member States, France, the Netherlands, and Denmark continue to oppose the Commission’s recommendation concerning one or both countries, the other 25 are in favour of opening negotiations.

The Dutch parliament debated this issue earlier this month. While the Dutch government is in favour of opening negotiations with North Macedonia, there are still objections to Albania. The NHC has been working in the Western Balkans region for over three decades and recognises both where the countries have come from, and in which direction they are heading. While there continues to be challenges in the area of Rule of Law in both countries, including corruption, significant reforms have been made and are beginning to deliver positive results. 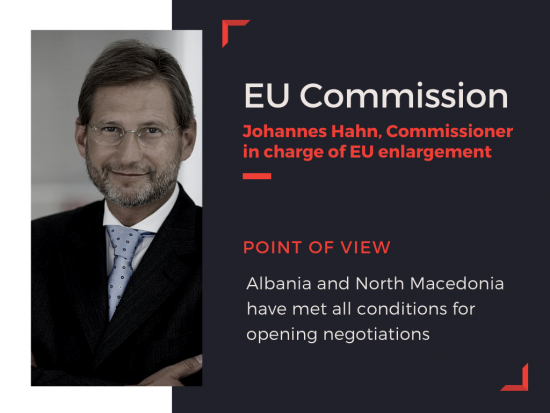 When asked about the postponement in negotiations, NHC Director Pepijn Gerrits has said, “We feel the EU should honour the progress that has been made by starting negotiations in order to remain a credible and reliable partner.” He also noted that the EU should make clearer the conditions it links to these negotiations in terms of continuing reforms. Gerrits explained, “If the EU keeps postponing this next step, the momentum and backing for reforms might pass, and other geopolitical forces will fill the void the lingering of the EU leaves.” 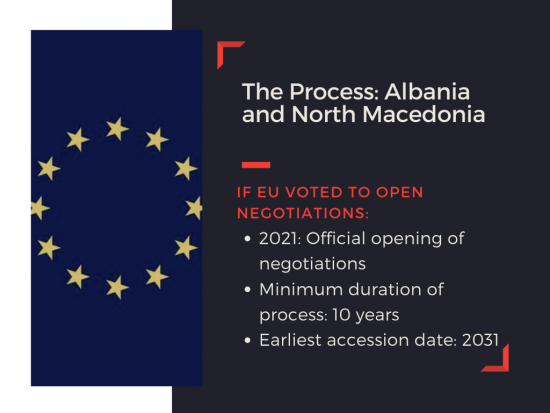 Transparency surrounding the process continue to be an issue. When questioned on the matter, Tytti Tuppurainen, representing the Finnish EU-presidency declined to explain why the three countries continue to go against the Commission’s recommendations. Misperceptions are another stifling factor. Member States (in particular those that continue to oppose opening negotiations) should make clearer to the public that starting negotiations is no guarantee for membership and that negotiations will take at least take 10 years. If the European Council had voted in favour of opening the negotiations, this process would only officially begin in 2021, with North Macedonia and Albania’s potential accession to the EU happening in 2031. Provided reforms will progress and lead to deeply rooted change. 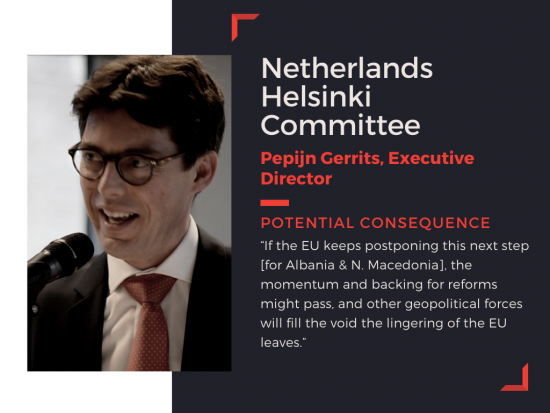