On NPO Radio 1 Pepijn Gerrits, Director of the NHC spoke about the upcoming Article 7 Vote on Hungary in the European Parliament. He discussed, why Members of European Parliament (MEP) should vote yes on Article 7 and what it would mean for Hungary. It serves to counter threats to the EU’s founding values, including respect for democracy, the rule of law and human rights. A triggering of Article 7 could set out sanctions against the Hungarian government. This would be its first enactment. 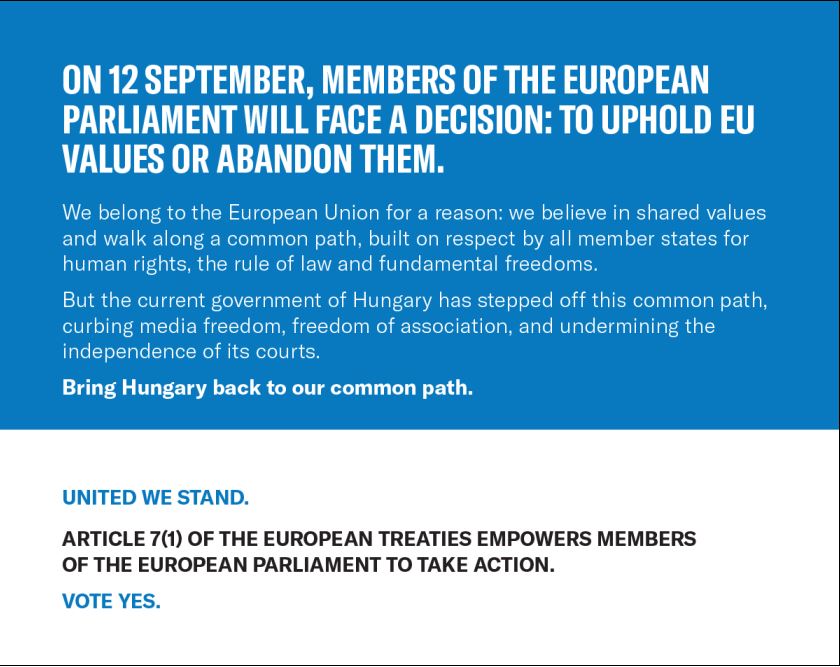 The NHC is not alone in this opinion. Hungarian NGOs, including the Hungarian Helsinki Committee (HHC), sister organization of the NHC, strongly support a yes vote on Article 7. ‘Every day, the reality in Hungary is becoming similar to Moscow, Ankara,’ said Márta Pardavi, Co-Chair of the HHC. In 2018 the HHC was awarded the Human Rights Award of PRO ASYL, a refugee rights organization.

Pardavi is coming to the Netherlands at the end of September. The NHC is helping to organize a meeting between Pardavi and the Dutch Parliamentary Committee on European Affairs (tbc) along with a number of other public appearances.

Gerrits talked during the 11:00-11:30 segment of Spraakmakers. To listen to the interview (in Dutch) click here: ‘Wat betekent de Artikel 7 procedure voor Hongarije?’