NHC Side-Event on Corruption and Human Rights at HDIM

This week, the annual Human Dimension Implementation Meeting (HDIM) of the OSCE, Europe’s largest annual human rights and democracy conference began in Warsaw, Poland. During the HDIM on 12 September 2018 the NHC hosted a side-event on Corruption and Human Rights. The side event, led by the NHC Senior Policy Advisor Harry Hummel, brought to light the relationship between corruption and human rights.

Emin Huseynov of the Institute for Reporters’ Freedom and Safety, an Azerbaijani NGO, and Mykhailo Kameniev of the Association of Ukrainian Human Rights Monitor on Law Enforcement, illustrated the dangerous reality of civil society working against corruption. Melissa Hooper, of Human Rights First spoke about what instruments at the national and international level are being used to address these issues. 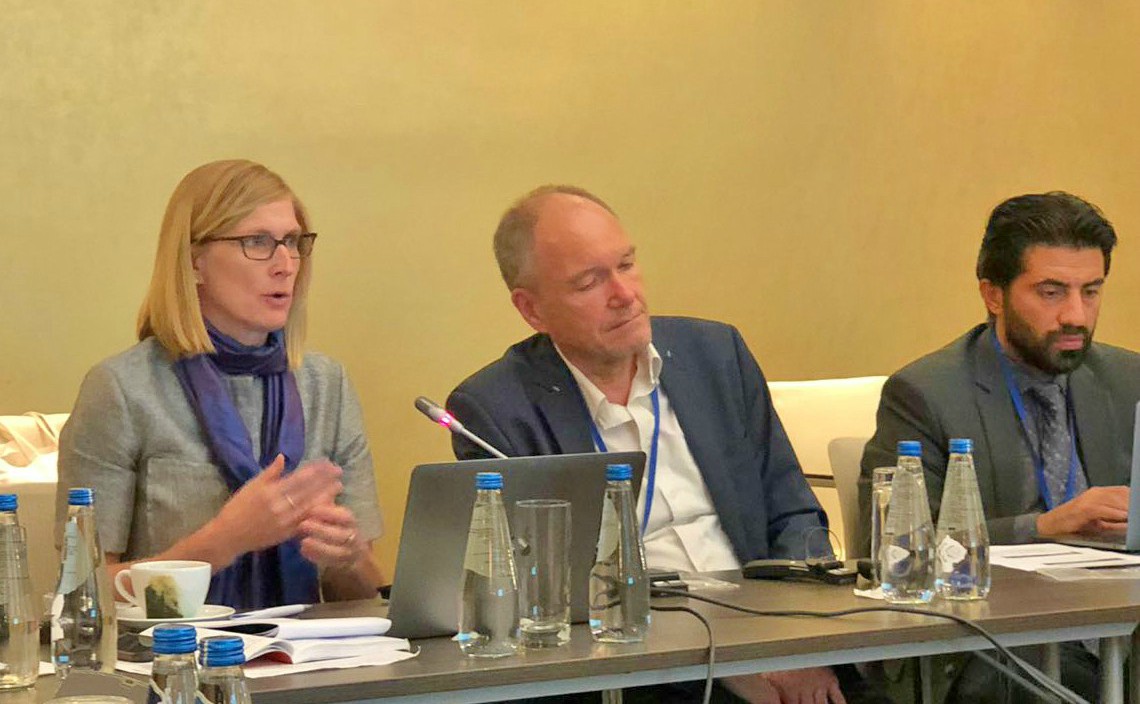 Huseynov described Azerbaijani attempts to influence voting in the Council of Europe through the bribing of parliamentarians from various countries. The government also engages in campaigns of intimidation and harassment of anti-corruption activists. Azerbaijani authorities arrested Khadija Ismayilova, a prominent journalist and human rights activist known for her reports on corruption in in the country. She was arrested on 5 December 2014 and sentenced to 7.5 years in prison in September 2015. Although she was released after a successful appeal to Azerbaijan’s Supreme Court on May 25, 2016, she is still banned from international travel.

In Ukraine, the situation for civic activists working in the field of corruption is similarly dangerous. Kaminev emphasized the need for drastic reform in law enforcement and criminal justice to protect civil society working on anti-corruption. There are increasing reports of violent attacks against civic activists in the country. In July 2018, an unidentified man attacked activist Kateryna Gandzyuk with sulphur-dioxide burning 30% of her body. She is active in campaigning against police corruption in the Ukraine.

On the same day as the Gandzyuk attack, Vitaly Oleshko, a veteran campaigner against corrupt officials in Southern Ukraine, was shot and killed in the city of Berdyansk. These assaults, amongst hundreds of other similar assaults, emphasize the danger that anti-corruption activists from civil society continue to face.

These assaults, amongst hundreds of other similar assaults, emphasize the danger that anti-corruption activists from civil society continue to face.”

National and regional responses to corruption and human rights violations

Hooper talked about the Global Magnitsky Act, as a method used to combat rights violations. The Act, passed by the U.S. congress in 2016, enables the executive branch to impose visa bans and asset freezes on any individual worldwide responsible for committing serious human rights violations or acts of corruption. She also described the procedure through which NGOs can submit data about individuals suspected of qualifying for sanctions under the Act. Other countries and inter-governmental organizations are following suit. Canada, the UK and Baltic states have since then adopted similar legislation. Recently discussions about EU level steps have also began.

The practices of corrupt officials, which by definition imply the unfair use of power and the unfair allocation of resources, undermine the rule of law and thus pose a threat to peace and security at national, regional and international levels. Hummel, was keen to emphasize the importance of civil society, be it NGOs or individual activists, in fighting corruption. While inter-governmental bodies, including the OSCE have repeatedly made commitments to fight corruption, often these commitments have little impact. Within this context, the work of anti-corruption activists within civil society is all the more important. 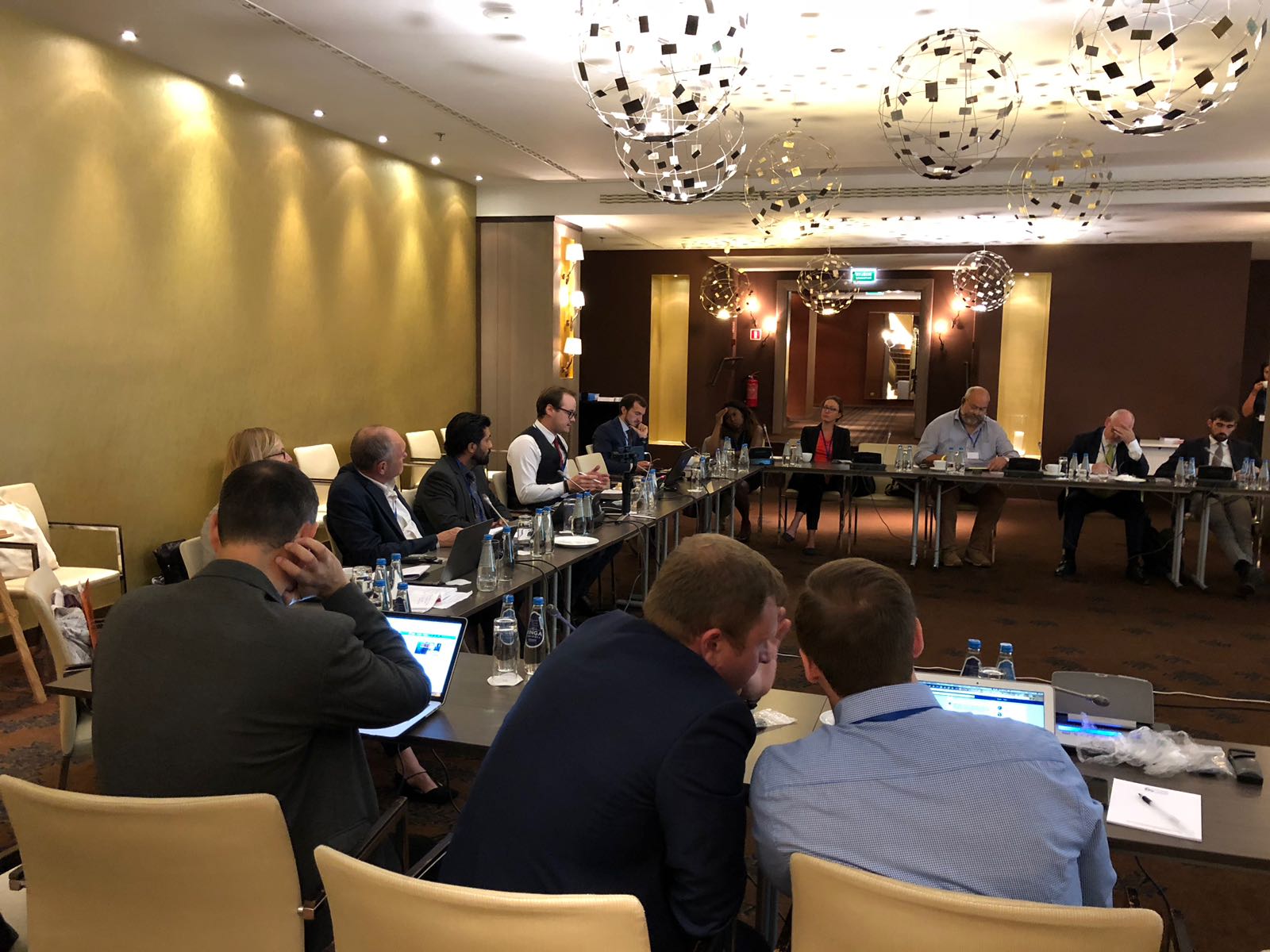 Participants at the NHC side event during the 2018 HDIM in Warsaw, Poland

The side event, having touched on the relationship between human rights and corruption and on the importance of civil society in fighting corrupt officials, also emphasized the very real risks that face human rights defenders working in the field of anti-corruption. The profitability of corrupt operations, be that of governmental or private interests, requires the continued repression of critical voices and thus corrupt officials are motivated to intimidate and suppress those who would publicize their wrongdoing. This has made anti-corruption work one of the most perilous forms of civil society activity today. “A broad range of OSCE participating States, in member countries of the European Union as well as in the Western Balkans and much of the former Soviet Union, are affected by this problem” said Hummel. NHC thematic work on Securing the Rule of Law, Strengthening Civil Society, and Safeguarding Human Rights aims to address these issues from various angles in order to alleviate the problem as a whole.