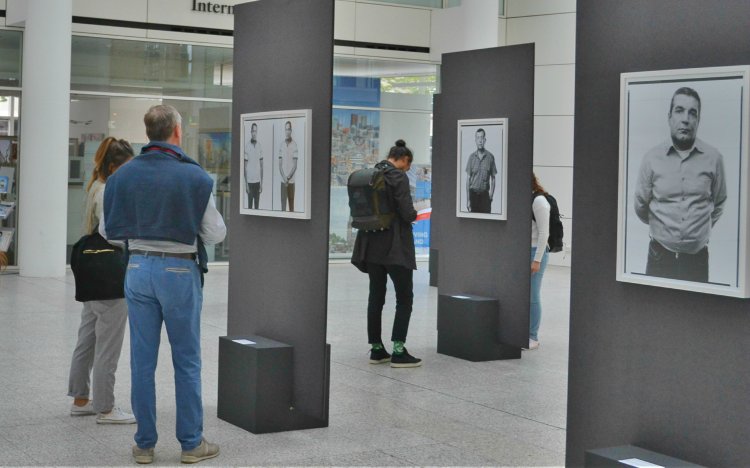 On 14 September 2018 at the exhibition Rasul Jafarov, chair of the Human Rights Club Azerbaijan, and Tiny Kox, member of the Dutch Senate and Parliamentary Assembly of the Council of Europe, spoke about the situation of political prisoners in Azerbaijan. Pepijn Gerrits, Director of the NHC opened the event. 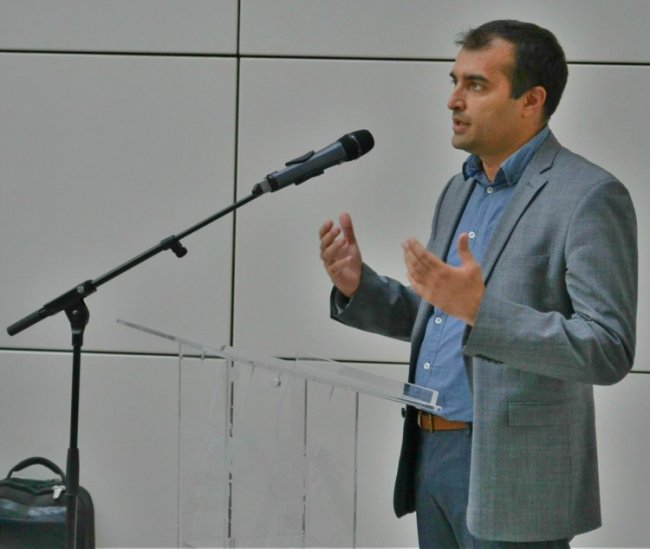 During his speech, Jafarov argued that the occurrence of political prisoners should not be seen as a technical problem within the court systems, but a systemic problem. It should be seen as a tactic used by the government to quell opposition. “Governments are interested in having political prisoners in the country on one hand to punish, and on the other hand to send a message to society that they should be careful as well,” said Jafarov. 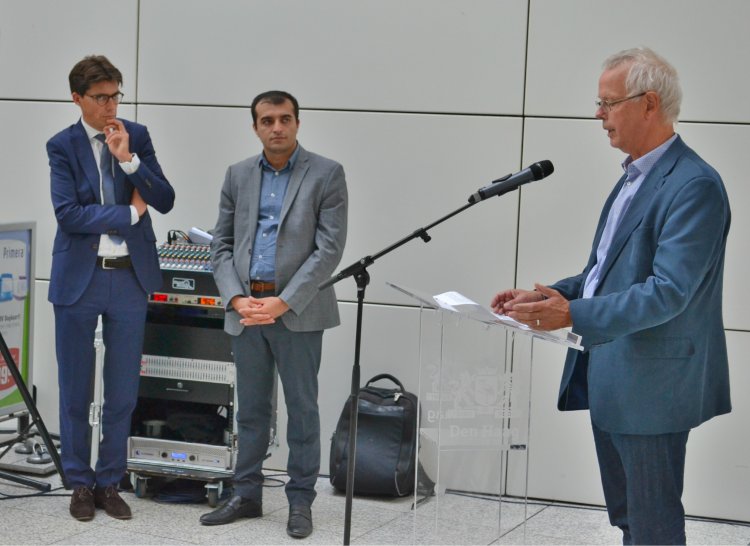 Tiny Kox spoke about the need for the international community to take action when states violate human rights. “Under the European Convention of Human Rights, there should be, in the whole of Europe, not a single political prisoner,” said Kox during the event. He also emphasized the need for the Council of Europe to maintain pressure when people become political prisoners. Kox stated, “the darkness of dictatorship continues in Azerbaijan and that obliges us to continue our activities to shed light on this darkness and to demand for more international pressure, instead of casting a blind eye to what is happening in this European state with its 10 million citizens.”

These arrests are meaningless. We’ll write in prison too. We write to give people hope. Put us in prison and others will write.”- Afgan Mukhtarli

Gerrits talked about the need to mainstream human rights in all areas where the Netherlands, and international organizations, interact with states accused of rights violations. “The leadership of Azerbaijan…should be confronted with concerns on human rights across the holistic spectrum of relations with the EU, its largest trading partner. The same coherence in foreign policy is expected of the Netherlands, a country that has been actively seeking investment opportunities in a number of sectors in Azerbaijan,” said Gerrits. He argued that unless violating states implement structural changes in human rights policies, “business as usual” (i.e. with Azerbaijan) should not be possible. 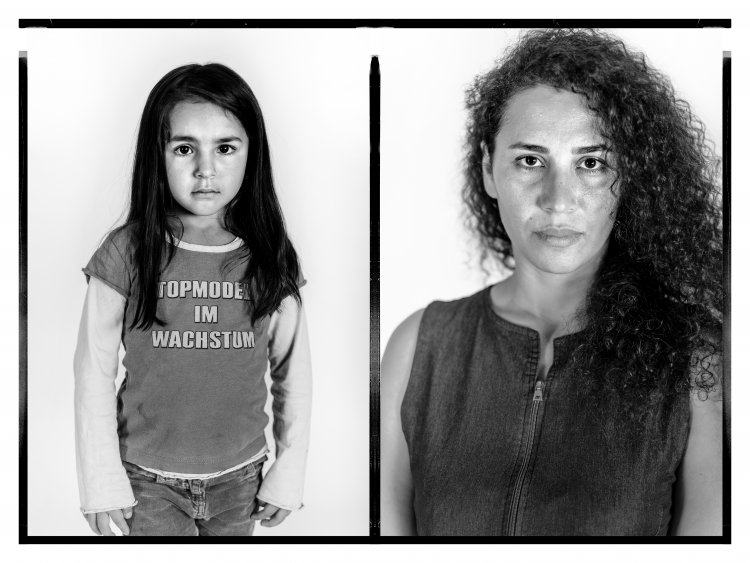 Nuray Mukhtarli and Leyla Mustafayeva, daughter and wife of Afgan Mukhtarli, an investigative journalist behind bars since May 2017

Azerbaijan is a country on the crossroads of Asia and Europe, bordering Turkey, Iran and Russia. It is an oil-rich state, its wealth controlled by one family, in power since 1993.

Over the last two years, Azerbaijan has been the center of a major money-laundering scandal, with links to many European countries and to the Council of Europe. European politicians have been bribed, allegedly in exchange for silence about the redoubled repression of government critics since 2014.

Once, one of the first democratic republics in the Islamic world, today Azerbaijan has over 100 political prisoners. Among them journalists, bloggers, poets, human rights defenders, politicians, civic and religious activists that have been distanced from their families by fabricated charges and hefty prison sentences.

Despite efforts by Azerbaijani and international civil society, many European governments continue to choose to look away from the human rights crisis in Azerbaijan, their profitable trade partner.

The exhibition is part of the annual Night of Dictatorship festival in The Hague.