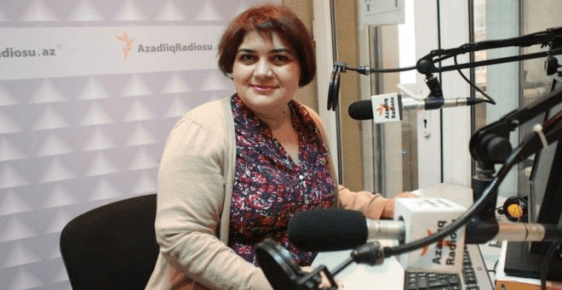 On World Press Freedom Day 2016 we are deeply concerned about Azerbaijan’s media environment as authorities repeatedly attempt to shut down media organizations and detain several prominent journalists, bloggers, and human rights defenders. The Netherlands Helsinki Committee co-signs and supports the statement of the Sport for Rights coalition calling the Azerbaijani authorities to take immediate and concrete steps to cease the persecution of the independent media, starting with the unconditional release of Khadija Ismayilova and Azerbaijan’s other political prisoners.

On World Press Freedom Day, 3 May 2016, Azerbaijan’s independent media is under greater attack than ever before. The undersigned members of the Sport for Rights coalition condemn the Azerbaijani authorities’ relentless crackdown on the independent media and other critical voices. Sport for Rights calls on the Azerbaijani authorities to implement immediate and concrete steps to improve freedom of expression in the country, starting with the unconditional release of UNESCO/Guillermo Cano World Press Freedom Prize winner Khadija Ismayilova and Azerbaijan’s other jailed journalists, bloggers, and other political prisoners.

Despite the recent releases of 16 political prisoners, dozens remain jailed for political reasons in Azerbaijan. Among them are journalists Nijat Aliyev, Araz Guliyev, Seymur Hezi, and Khadija Ismayilova; bloggers Abdul Abilov, Faraj Karimov, Rashad Ramazanov, and Ilkin Rustemzade; and others targeted in connection with exercising their right to freedom of expression, such as opposition Republican Alternative (REAL) movement leader Ilgar Mammadov.

The authorities’ pressure on journalist Khadija Ismayilova has been particularly relentless. She has been extensively targeted for exposing corruption of President Aliyev’s family and other ruling elite, topics recently brought into the spotlight again by the Panama Papers leaks. Ismayilova is currently serving a 7.5-year prison sentence on spurious charges of illegal entrepreneurship, tax evasion, and abuse of power.

“The continued imprisonment of Khadija Ismayilova and other journalists is unacceptable and undermines any goodwill generated by the recent releases of political prisoners in Azerbaijan. UNESCO’s decision to award Ismayilova the World Press Freedom Prize should serve to inspire renewed international calls for her release. The Azerbaijani government must free Ismayilova and cease its attack on critical voices”, said Jesper Højberg, Executive Director of International Media Support.

At the same time, the Azerbaijani authorities have shown that their revolving-door policy of politically motivated arrests is still in place. On 30 March, 79-year old writer Akram Aylisli was detained at the Baku airport on the way to a literary festival in Italy. He was questioned for 12 hours and told he was under a travel ban. Aylisli now faces up to three years in jail on spurious charges of violently resisting authorities.

The Azerbaijan Prosecutor General’s Office has also opened a criminal case against Meydan TV, an independent online media outlet based in Berlin that provides alternative news coverage of Azerbaijan. Meydan TV is being investigated for alleged illegal entrepreneurship, tax evasion, and abuse of power. Fifteen journalists have been specifically named in the investigation, many of whom remain in the country, now under travel bans, and face the very real threat of imprisonment. Meydan TV’s staff based abroad have also been targeted through threats and extensive pressure on their relatives, including job dismissal and politically motivated detention.

“A diverse and pluralistic media is a hallmark of a democratic and progressive state. The renewed crackdown on Meydan TV, alongside repression of other critical media outlets, demonstrates the Azerbaijani government’s unwillingness to tolerate any criticism and a total failure to commit to systemic and genuine reforms that would enable freedom of expression for all”, said Thomas Hughes, Executive Director of ARTICLE 19.

All of this occurs against the backdrop of a broader crackdown on freedom of expression and other human rights in Azerbaijan. Other independent media and NGOs working to promote free expression have been targeted in recent years, including Radio Free Europe/Radio Liberty’s Baku bureau and the Institute for Reporters’ Freedom and Safety. The state completely dominates the broadcast media, and one of the few remaining critical newspapers, Azadliq, has been forced to suspend publication of its print edition and teeters on the brink of closure. Violent attacks against journalists – including murders – are committed with impunity, resulting in a climate of fear for the independent media.

The Sport for Rights coalition calls for the Azerbaijani authorities to take immediate and concrete steps to cease this persecution of the independent media, starting with the unconditional release of Khadija Ismayilova and Azerbaijan’s other political prisoners. Sport for Rights also calls for sustained international attention to the broader human rights crackdown in the country, especially in the run-up to the Formula One European Grand Prix, which will take place in Baku from 17 to 19 June. The Azerbaijani government must be held accountable for its international human rights obligations.