On 13 and 14 October 2022, the conference on Judicial Communication and Journalists’ Safety was held in Belgrade, as part of the Strengthening Media Freedom in Serbia, North Macedonia and Bosnia and Herzegovina project. Together with our partners we reflected on different communications models for the judiciary, ensuring safety of journalists and above all, ways to bridge the crucial work of the media and the judiciary.

The event was opened by Joost Reintjes, Ambassador of the Republic of the Netherlands to Serbia, Kirsten Meijer, Executive Director of the Netherlands Helsinki Committee and Ruth Kronenberg, Executive Director of Free Press Unlimited. The speakers emphasised the crucial position of the judiciary and media, and close cooperation between them, for democracy and accountability.

If journalists are silenced, a key pillar of a functioning democracy is crushed. It means that an institution, which is vital to a free society, is neutralized. The loss of a free, independent media is a loss of democracy. – Kirsten Meijer, Executive Director at Netherlands Helsinki Committee 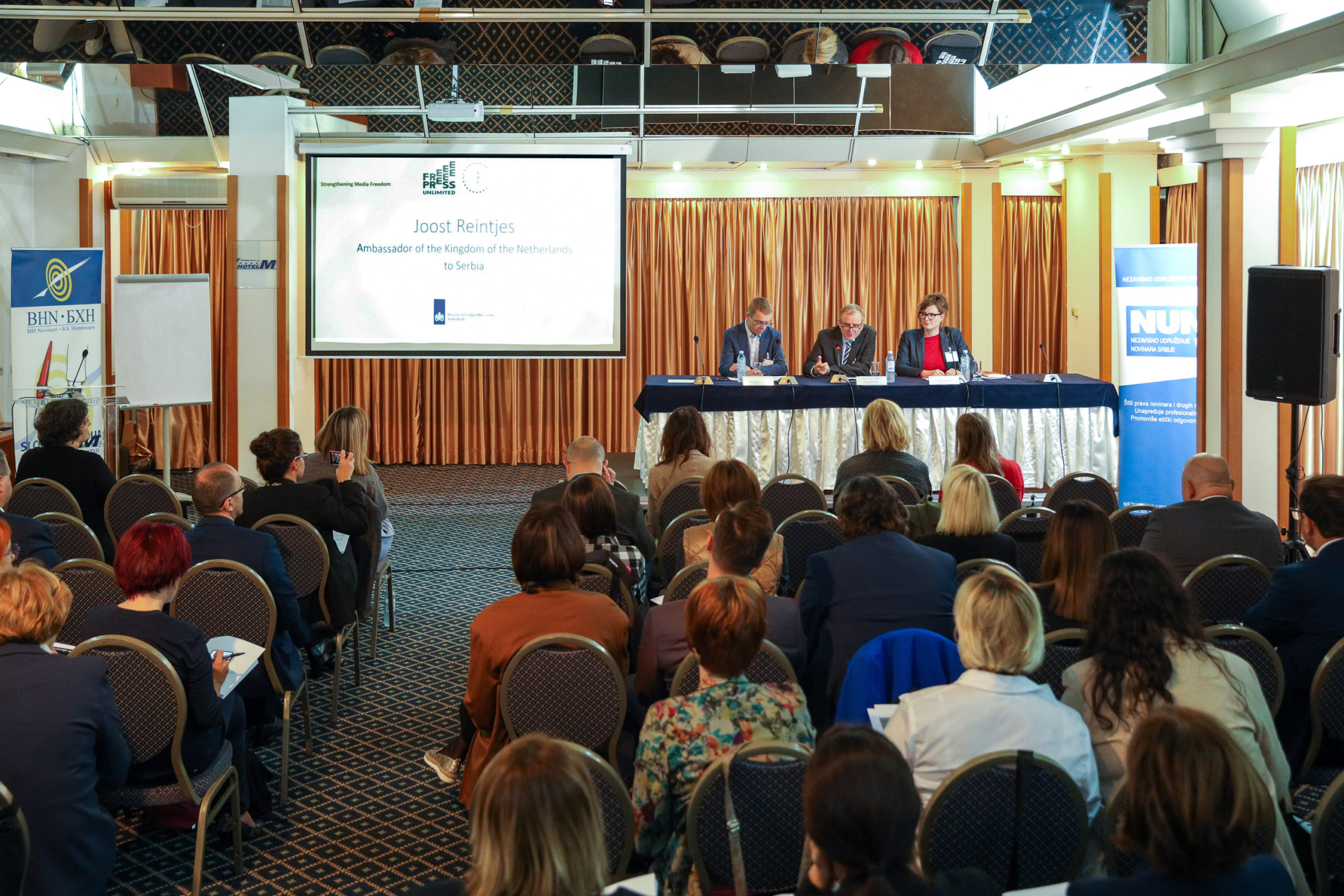 The first day of the conference was filled with panels and presentations from academics, law practitioners and representatives of the media and journalists associations. We talked about implementation of sustainable ways of communication between the judiciary and media based on the best practices from the region and the Netherlands, we learnt about the state of justice in Bosnia and Herzegovina, North Macedonia and Serbia by reflecting on a research on “The Judicial Culture”, and discussed journalists’ views and perceptions of judicial transparency as well as their safety in the Western Balkans. Lastly, we looked into the Dutch model of a multi-sectoral approach to safety of journalists.

Media are not just an economic sector, they are the so-called fourth pillar tasked to hold powers to account. That is why we must start to look at journalism as a public good, something we must treasure dearly. And we must be diligent about journalists’ safety. – Ruth Kronenburg, Executive Director at Free Press Unlimited

On the second day members of the judiciary and media participated in workshops on the topics of journalist and media safety and increasing visibility and public engagement through social media. Through the workshops they addressed the questions of the responsibility of individual journalists and how to develop a culture of safety in the newsroom. Afterwards, we hosted a plenary session, which reflected on the media’s and judiciary’s similarities and differences and fundamental relevance of the mutual cooperation and understanding, aiming to once more bolster and tie the knots between representatives of the two sectors. 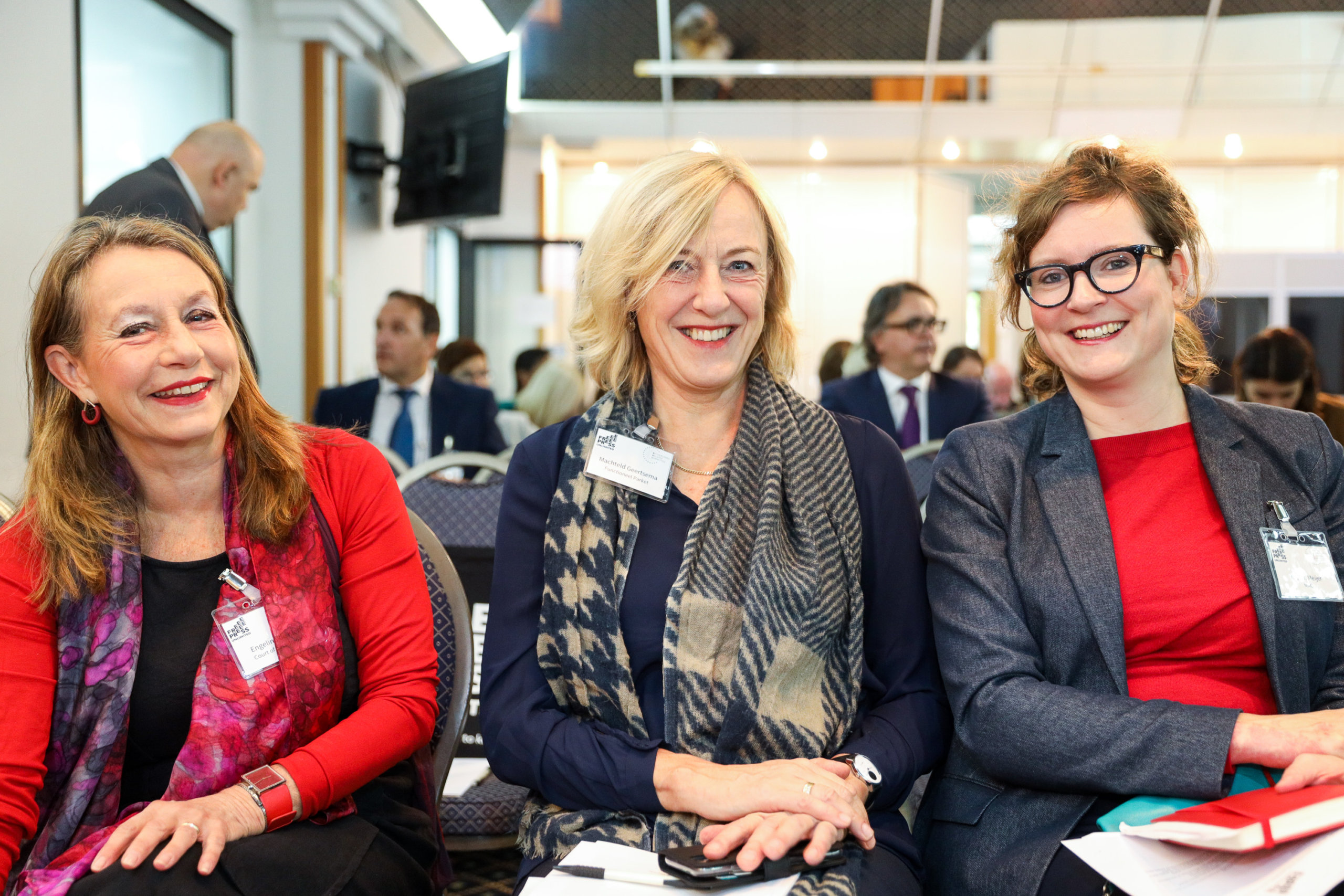 (From left to right) Lieneke de Klerk, Senior Judge, Press Judge and Spokesperson on Criminal Law for the Council on the Judiciary in the Netherlands, Machteld Geertsema, Prosecutor, Public Prosecution Office in Amsterdam, Prosecutor and Press Officer and Kirsten Meijer, Executive Director of the Netherlands Helsinki Committee

The conference provided a space to meet, discuss and share challenges that the media and judiciary face in their work, particularly relating to safety, communication and visibility. The two days of knowledge-sharing, lively discussions and learning provided ideas and long-term solutions, and will hopefully spark closer cooperations and partnerships in the future.

While the judiciary and media play complementary institutional roles, together they ensure the accountability of those in power and enforce the rights of individuals. They also shed light on matters of public interest – and important within today’s framework: they monitor each other. – Kirsten Meijer, Executive Director at Netherlands Helsinki Committee 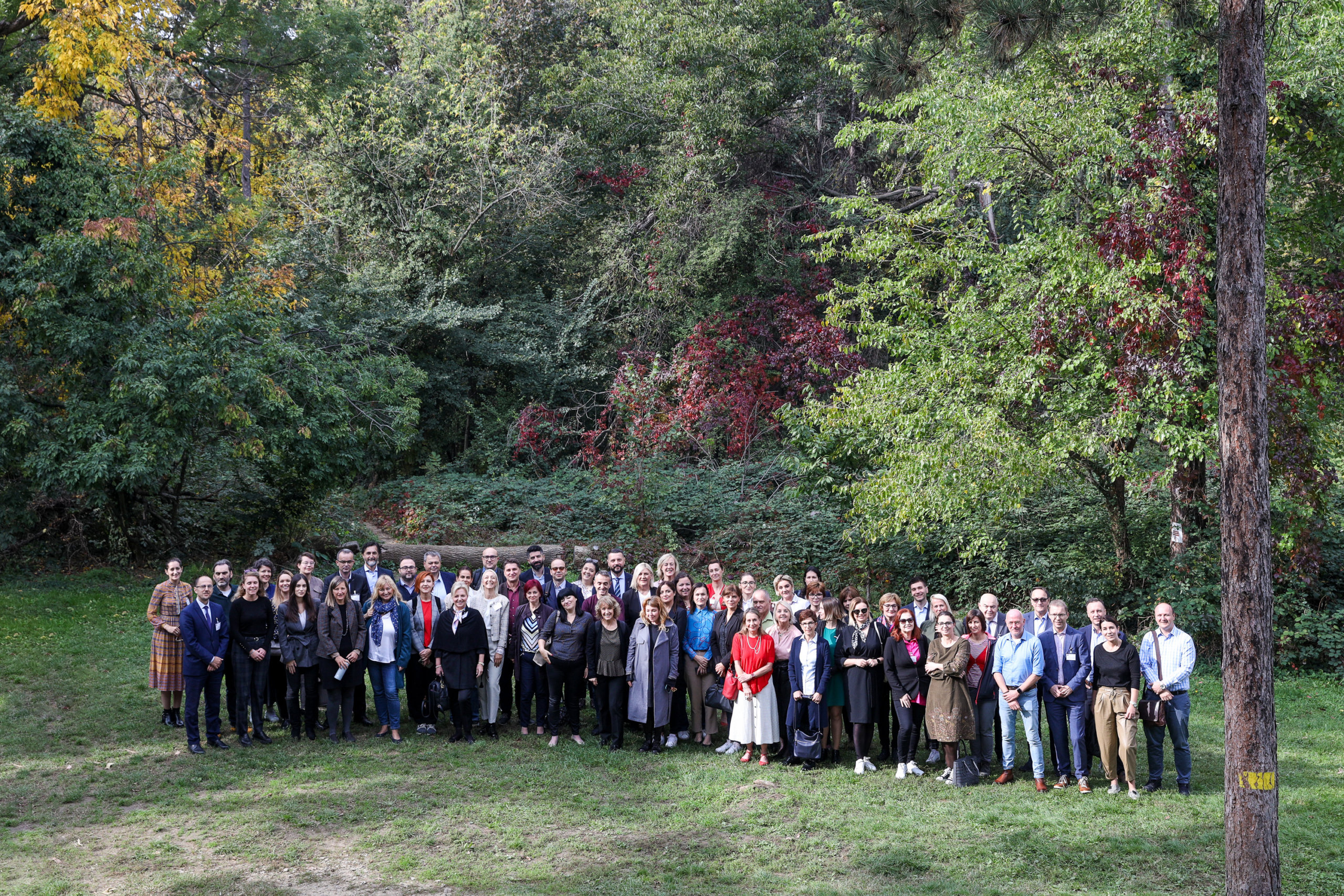 Group picture of representatives of the media and judiciary from Bosnia and Herzegovina, North Macedonia and Serbia

About the ‘Strengthening Media Freedom’ project

The main objective of the Strenghtening Media Freedom in Bosnia and Herzegovina, North-Macedonia and Serbia project is to improve the relationship between the judiciary and the media, by creating a platform for exchange between the two professions. The importance of the project lies in the complementary nature of the roles played by the judiciary and media, which together ensure accountability of those in power and enforce the rights of individuals.