Democracy Drinks: Human Rights in Times of War and Crisis 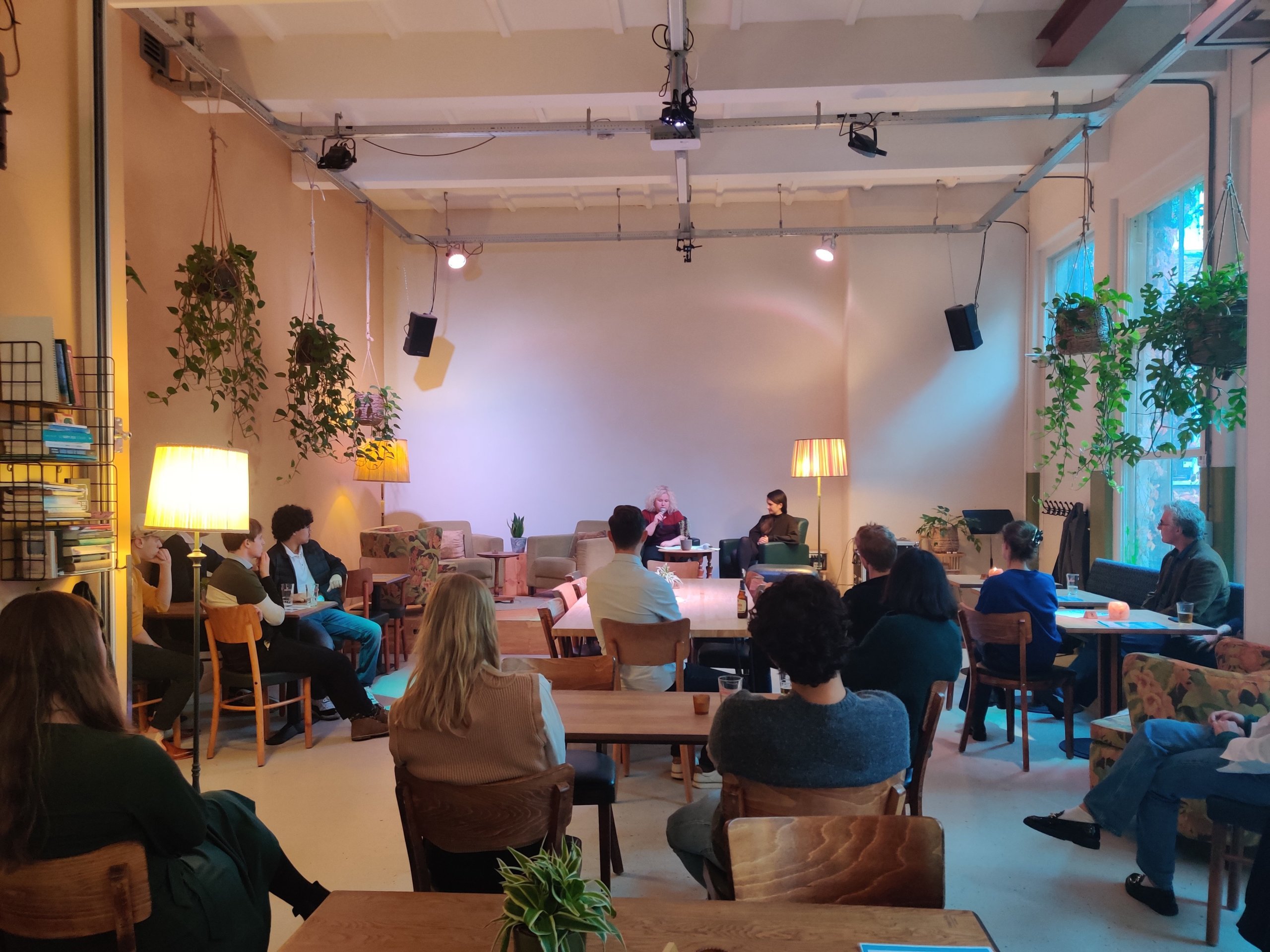 On 13 October 2022 we welcomed our colleagues, friends and everyone interested in the topics of democracy, human rights and the justice ecosystem to Grand Café Utopie in the Hague for the October edition of the Hague Democracy Drinks. The evening was co-organised by the Netherlands Helsinki Committee, The Hague Humanity Hub and the Netherlands Institute for Multiparty Democracy. The theme of the event was centred around a particularly topical issue – Human Rights in Times of War and Crisis.

The evening was opened with a speech from Antanina Maslyka, Human Rights Defense Programme Manager at the Netherlands Helsinki Committee, who has worked closely with recent Nobel Peace Prize winners – Ales Bialiatski, a human rights defender from Belarus, chairperson of HRC Viasna and a political prisoner; Human Rights Centre Memorial, liquidated by the Russian Supreme Court in April 2022, and the Centre for Civil Liberties Ukraine; an organization that has made an outstanding effort to document war crimes, human right abuses and the abuse of power. 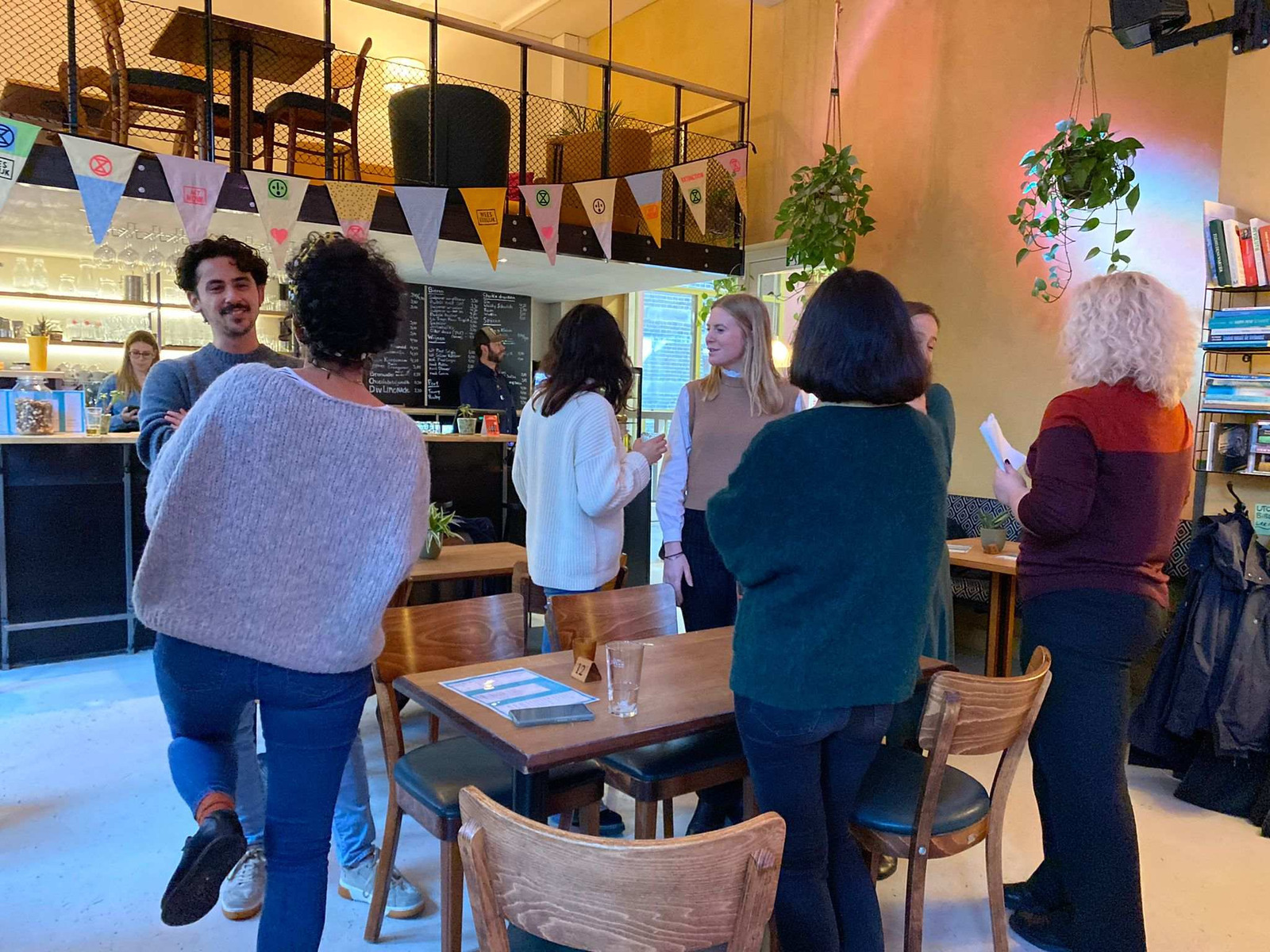 Antanina introduced us to the work that the Human Rights Defense team has done with partners in the region and particularly Ukraine, including ZMINA Human Rights Centre and local CSOs prior to and after the eruption of the war. We learnt that following the outbreak of war, the NHC re-focused on supporting partners and human rights defenders on the ground, addressing their needs and amplifying their voices to keep the flames of human rights alive.

In light of the recent Nobel Peace Prize announcement, but also the increasing pressure on human rights in Europe and around the world, Antanina talked in depth about the importance of narratives and amplifying the voices of human rights defenders not only in the daily work of human rights organisations and defenders, but also particularly during crisis and war.

It is high time to bring human rights back into the light as the strongest antidote against the war – Antanina Maslyka, Human Rights Defense Programme Manager at the NHC

Following the speech there was time for a Q&A, during which we heard interesting questions from the attendees, who were curious to hear more about the importance of narratives in the human rights struggle. We spent the rest of the evening engaging in conversations, both connected to the main topic of the event and related to personal projects, and making new valuable connections. 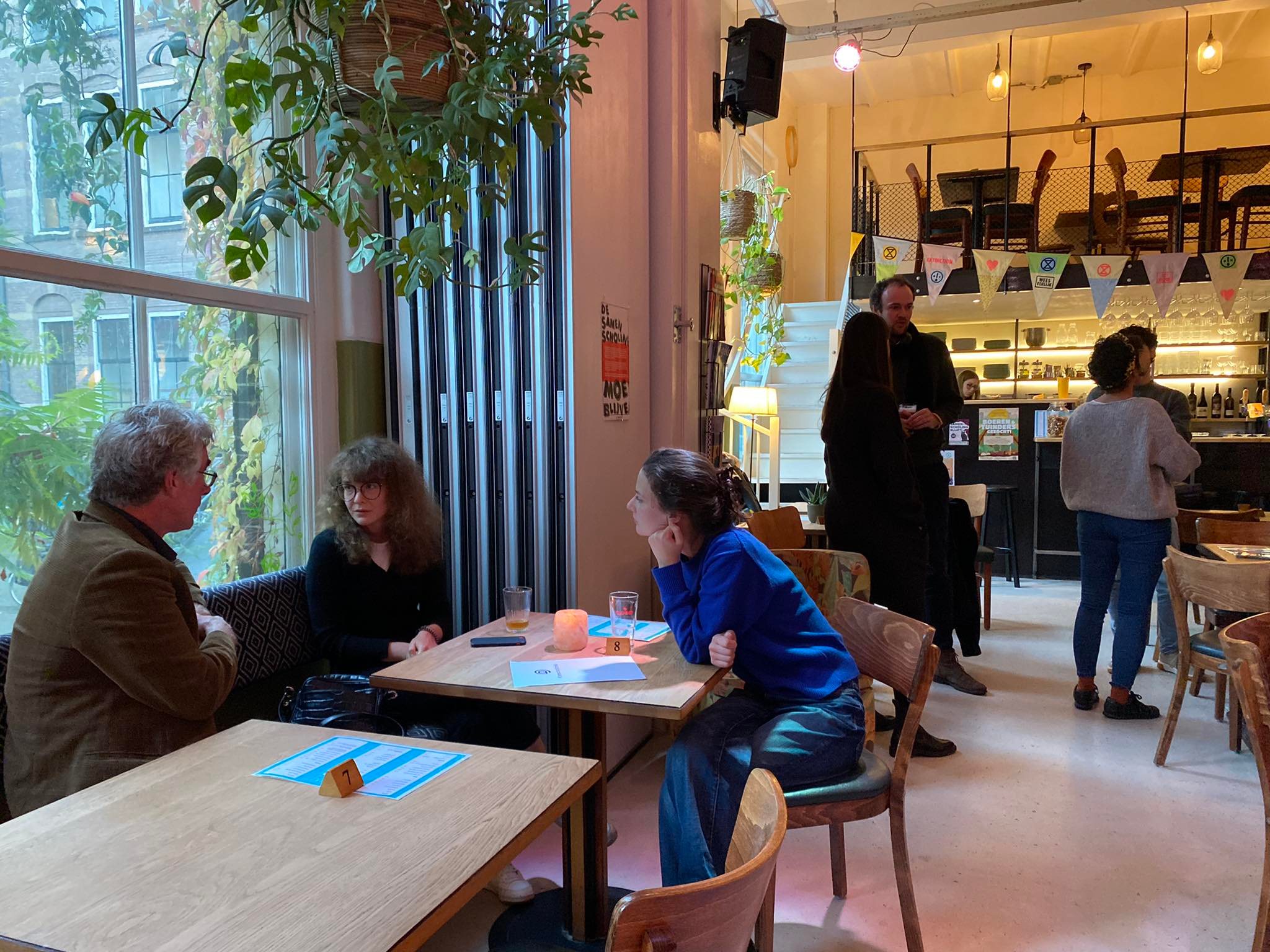 If you could not attend this time do not worry, the Hague Democracy Drinks will be back in November! We hope that you can join us for the next Democracy Drinks and an evening full of professional and casual conversations.

#DemocracyDrinks are a great way of making new contacts and catching up with people you know; for testing ideas and planning actions; for moral support and inspiration. Feel free to invite friends and colleagues that work on or are interested in defending values like democracy, rule of law, human rights