One of the most important achievements of the Matra CoPROL project ‘Improvement of prison conditions for reintegration of juvenile detainees in Albania, Kosovo and Macedonia’ are regular EQUIP meetings with juveniles. These sessions became part of the meaningful daily programme in Correctional Centre in Lipjan. They are currently facilitated by a group of trained staff representatives in the Correctional Centre in Lipjan (CC Lipjan in Kosovo).

In general, the EQUIP programme focuses on motivating and stimulating young offenders to help each other think and act in a responsible way. The purpose of the EQUIP method is to increase moral awareness, to enhance social skills, to improve anger management and last but not least to create a positive peer culture.

In order to spread awareness and understanding of the EQUIP programme and its language among all staff members of CC Lipjan, the project teams decided to organise the EQUIP workshops. They took place on the 8th and 9th of June and were targeting the majority of the staff members (correctional officers, teachers, medical staff) who have not been trained before. Next to them, several representatives of the Probation Service also participated in the workshop.

Ms. Venera Ramaj, policy advisor on the rule of law at the Embassy of the Netherlands in Kosovo and Mr. Heset Loku, director of CC Lipjan, opened the workshop on the 8th of June. During the first day, Patricia Meijer and Peggy Esajas, methodology coaches at the Dutch youth penitentiary institution Teylingereind (Forensisch Centrum Teylingereind) delivered the workshop. In this way, the local EQUIP coaches had a good chance to observe how to present and transfer knowledge about the EQUIP programme to their colleagues. During the second day, they took over the role of the Dutch trainers and delivered the workshop to their colleagues themselves.

CC Lipjan staff showed much interest and enthusiasm about the EQUIP workshop. In particular this has been observed during the ‘EQUIPPED FOR LIFE’ play which was part of the workshop. During this game the participants were practicing their knowledge about the common language of the EQUIP programme.

As a result, all staff members got acquainted with the purpose, structure and the current implementation of the EQUIP program in CC Lipjan. They will now play an important role in stimulating overall commitment to the methodology while using the common language in their daily contact with juveniles. 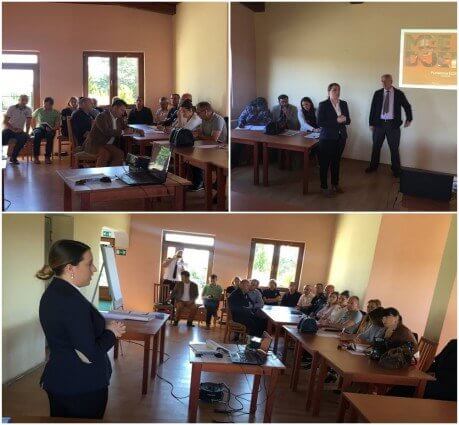 Bring Human Rights Home: A Story from the Netherlands