Working Towards Independence of the Judiciary in Armenia: Interview with Hayk Hovhannisyan 2019 ROLT Alumni

At a time when authoritarianism seems resurgent across Europe, Armenia’s 2018 “Velvet Revolution” has been perceived as setting the country on the path towards sustained democracy. Last year (2018) the NHC announced that for the first time participants from Armenia would be eligible to apply for the Matra Rule of Law Training Programme. The programme aims to strengthen institutional capacity in the field of rule of law in the Albania, Bosnia-Herzegovina, Georgia, Kosovo, Macedonia, Moldova, Montenegro, Serbia, Turkey, Ukraine, and now Armenia.

After the first trainings of 2019, the NHC’s Aaron Clements-Hunt conducted an interview with Hayk Hovhannisyan, one of the first participants from Armenia. Hovhannisyan is a member of Armenia’s Supreme Judicial Council, a recently founded independent body that seeks to guarantee independence of the judiciary and judges. He participated in the Administration of Justice training, which took place 13-22 March 2019. 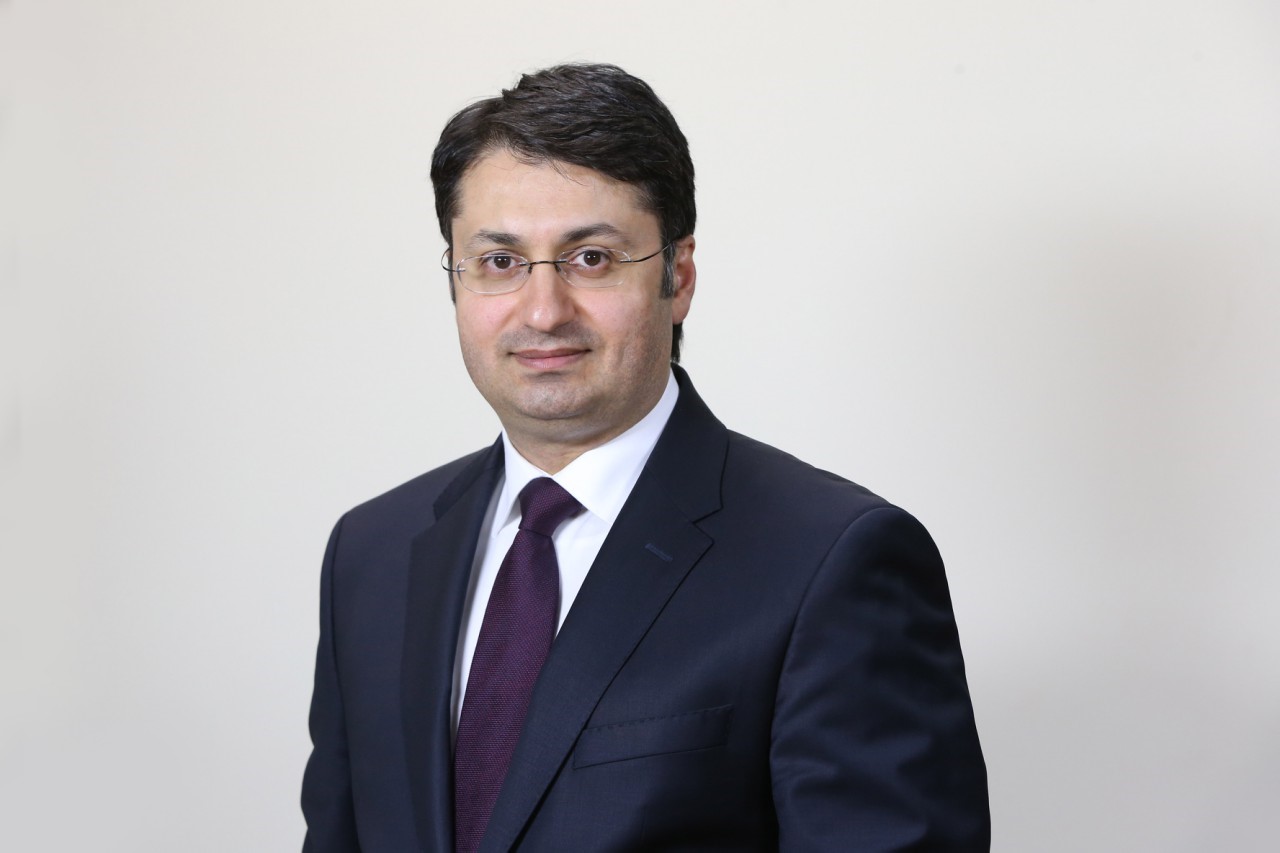 In your opinion, what makes now the right time for Armenia to join such transnational capacity building projects as the Matra Rule of Law Training Programme?

The commitment of the current political power [in Armenia] to democratic values and supporting the development of a truly independent judiciary creates unique momentum. These new initiatives are welcomed and encouraged by all three branches of state power.

The Netherlands offers a wealth of experience in building democratic state institutions as a precondition for growth, independent development, and leadership among other members of the European family of nations. Therefore, the knowledge and skills obtained in such projects may indeed be applied in one’s own efforts to lead well-informed positive changes upon returning home.

What are some of the key rule of law issues that the post “Velvet Revolution” movement aims to resolve? Has the independence of the judiciary featured heavily in reform discussions?

Like almost anywhere in the world, the judicial community, due to its balancing role, is amongst the most conservative and stable communities. It has well established vision, mentality, traditions and collegial behavior. For almost three decades now the judiciary of Armenia has been under persistent pressure. The executive branch at all levels was putting the system under pervasive control, and thus depriving the judiciary of its independent nature.

Another issue is attracting highly motivated professionals to join the judiciary. In a meeting in autumn of 2018 (several months after the “Velvet Revolution”), Takvor Avedissian, President of the Central Appeals Tribunal of the Netherlands [and NHC Committee Member], asked law students from Yerevan State University who among them wanted to become a judge. Only one student out of 60 raised his hand. This was an important signal for me. We are now elaborating a set of complex solutions to turn the judicial career into an attractive and competitive one in the labor market. These solutions require multi-level and multi-sided efforts of the society and state. We need to educate highly responsible citizens who share universal human moral values and prioritize the common good. A meritocratic system shall allow the best from the professional legal community to join the judiciary.

The Council proactively leads reform discussions. Following the inauguration of our Annual Report, we initiated national public discussions on strategy and the road map of creating an effective and independent judiciary. There is a broadly shared understanding between the society and the state authorities that without the formation of an independent judiciary we will not succeed in our endeavors of building a democratic state, based on rule of law.

For almost three decades now the judiciary of Armenia has been under persistent pressure. The executive branch at all levels was putting the system under pervasive control, and thus depriving the judiciary of its independent nature.”

Could you expand a bit more on your role with the Council and on the importance of an independent judiciary for the rule of law?

The Council consists of 10 members, equally represented by 5 judges and 5 lay-judges. I have been nominated and elected by the National Assembly in February of 2018 as a lay-judge (prominent lawyer scientist) taking into consideration my professional and international background.

During confirmation at the Parliament, I reiterated my commitment to integrate the best practices from my international experience to shape a modern, efficient, transparent and independent judiciary in Armenia.

Stepping into this role, I had to make a choice between the lucrative career of a lawyer running a successful law firm or serving the nation where my contribution could make significant positive changes in the pivotal component of state institutions and fledging democracy.

Among other assignments, I am coordinating and supervising research in legal tech in large, introduction and implementation of modern justice administration methods and tools, including development of e-justice and monitoring systems, as well as development of international connections of the Council at all levels.

There is a broadly shared understanding between the society and the state authorities that without the formation of an independent judiciary we will not succeed in our endeavors of building a democratic state, based on rule of law”

Does this reform movement reflect a desire on behalf of the Armenian people to see the rule of law respected in their country?

The reform is inspired and driven by the national desire to live in a rule of law state. It is not a secret that many of our compatriots emigrated from Armenia mainly because of the low level of human rights protection and inability to live a life with dignity. Therefore, it is twice obliging and we do our best to meet the natural and legitimate expectations of the Armenian people.

During your time on the Matra Rule of Law Training course, you worked alongside counterparts from ten countries across Southern and Eastern Europe.  What opportunities do such interactions provide? How important a role will transnational knowledge sharing play in the future development of Armenia’s democracy?

Cultural and professional interaction among delegates provides a unique opportunity to broaden the world outlook, “sharpen the saw,” are enriched with international experience and knowledge. It becomes obvious that, in general, we face many common challenges and it gives hope that you are not alone on the planet facing these problems. Positive experiences of foreign colleagues is inspiring and gives food for thought, while negative experiences also have educational value. It can help in avoiding the same mistakes and in fine-tuning your own strategy of approaching and solving problems. It is very useful to learn how other counterparts approached and solved problems you are facing in your country as well. One examples was learning the pros and cons of a “vetting process,” which Ukraine and Albania are experiencing now. One can read books and scientific articles (that is no doubt important) about “transitional justice” or judiciary reform, but nothing can substitute live discussions with fellow judges who are actually experiencing “the vetting process” themselves.

We all belong to the big European family. Sharing transnational knowledge means getting to know each other and better appreciate our challenges, values and dreams. The knowledge obtained often can be localized and applied. Southern and Eastern European countries have relatively recently gone through or are in the process of transitioning to consolidated democracy. Their experience is highly valuable and important for us as there are common traps one can avoid if equipped with knowledge and experience of neighbors. Adding to the thorough and superb guidance and advice of the hosting party, shared by scientists and practitioners invited by the Matra Rule of Law Training Programme one could experience nanos gigantum humeris insidentes [standing on the shoulder of giants] in action.

What do you feel other countries can learn from Armenia and the way in which it is approaching justice sector reform and the rule of law?

Despite being an ancient nation, we are flexible, open-minded and dare to experiment. We have the courage to initiate and do things. Sometimes we may fail, but we are optimistic and correct our mistakes and move forward. Being limited in resources we cannot allow ourselves the luxury of failing too much. We think twice and spend time and money researching international experience and getting to know the best practices. However, we do it in a dynamic and fast way, while avoiding momentary decisions and situational solutions. We use the talent and experience of the world-wide Armenian diaspora in addition to foreign counterparts. We do not hide problems from society, we encourage self-criticism and accept constructive criticism.

Throughout one year of our existence we conducted a full diagnosis of the judiciary and discovered fundamental issues that create obstacles for justice sector reforms. We have then developed short, mid-term and long-term strategies on how to overcome and conduct the reform package. In all our endeavors, we combine scientific and practical advice both at local and international level. The reform will be vastly based on achievements of digital era and has a strong and appealing ICT component in it. The philosophy of the reform is based on the principles of rule of law. Its overall goal is to implant rule of law principle in the everyday operations of the State and behavior of the individual.

Last but not least we are passionate about justice reform in Armenia and do believe our joint efforts will result in positive changes.

Rule of Law is Not Only a National Matter