Anton van Kalmthout is a Senior Expert (and former NHC Committee Member) working with the NHC on projects relating to probation and prison reform. Currently a guest Professor at the Tilburg University Centre of Pastoral Care in the Faculty of Theology, he is a member of the Council for the Administration of Criminal Justice and Protection of Juveniles and the Executive Board of Penal Reform International. He was previously President and Vice-President of the Supervisory Committee of the Dutch Probation Service and a member of the Committee for the Prevention of Torture and Inhuman or Degrading Treatment or Punishment.

A year since Anton van Kalmthout stood down from the NHC Committee, this interview by Aaron Clements-Hunt probes deeper into the domain of probation and alternative sanctions. Drawing on his vast experience, Van Kalmthout assesses the current state of probation projects in Europe and looks to their future development. 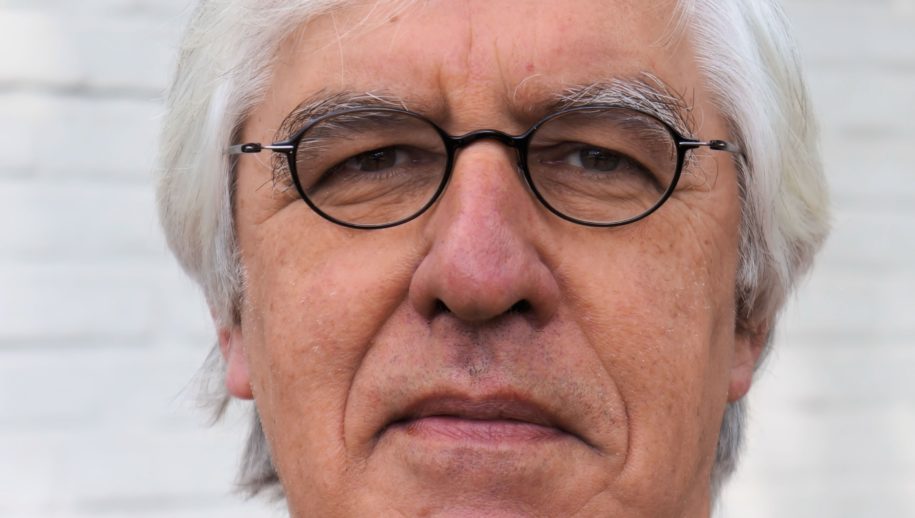 Interviewer: Professor Van Kalmthout, thank you very much for agreeing to this interview. I look forward to hearing your expert opinions on probation, alternative sanctions and indeed penal reform more broadly. These are topics that, as you know, interest us greatly here at the NHC and which lie at the heart of several of our current projects.

What was your first professional involvement in the domain of probation and alternative sanctions and what motivated you to pursue a career in this field?

Anton van Kalmthout: This goes back to my childhood. My father was social-pedagogue and in his work, he was involved in many projects and programs dealing with offenders, homeless people, disabled and mentally ill persons. They were also frequent visitors to our house and family, and for us children, it was nothing particularly out of the ordinary to meet and speak with persons that our society considered as “marginalised”. This interest surely influenced my decision to combine my study in Classical Languages (Latin and Greek) at University with a study in law, with specialisations: criminal law, criminology, and penitentiary law. My first concrete involvement was several articles on community service that I wrote during my time studying law.

I was the first person in my country who was in favour of the alternative sanction of community service, which at that moment existed only in England as a pilot. This was in 1972. Originally my plea for a sanction like community service got little support and the Probation Service was not very positive, because of it’s supposed punitive character. With a judge, a probation manager and a public prosecutor I started a community service project “Avant la lettre” and the results were so convincing that some years later official pilots were set up by the government. After a certain period, the Probation Service also changed its opinion and became interested. Since then I have been invited to many meetings, lectures, and advisory committees.

I was the first person in my country who was in favour of the alternative sanction of community service, which at that moment existed only in England as a pilot.”

Interviewer: The development of probation and alternative sanctions is supported by a number of different arguments; cost efficiency, and effective way to fight overcrowding, safer societies and even a higher form of justice.

What would you say is the central argument in favour of probation and alternative sanctions?

Anton van Kalmthout: For me, the most important argument is that if we consider incarceration as a last resort— and we have to do that— we are obliged to have at our disposal sanctions and measures that can replace the need to impose a prison sentence. These sanctions or measures should as far as possible avoid the negative consequences, connected to any form of deprivation of liberty and try to add something that can have a positive impact on the offender.

Interviewer: The NHC has been, and remains, involved in a number of projects aimed at capacity building for systems of probation and alternative sanctions. We have run projects in Moldova, Ukraine, Serbia, Montenegro, and Kosovo.

For countries such as these, where probation services may be relatively new or in the early stage of development, what should be the key aims/objectives in the evolution of an effective system of probation and alternative sanctions?

Anton van Kalmthout: There are many. First of all these probation services should be based on the principles and standards of the European Probation Rules of the Council of Europe. These Rules provide clear guidelines concerning professional standards, such as clear and explicit mission statement, clear medium and long term strategies for the development, explicit policies for staff development, clear procedures and standards for every probation activity, the need for all procedural and substantial standards of practice to be evidence-based.

Also of critical importance is the existence of effective mechanisms for Monitoring and Evaluation, that there are reliable strategies and mechanisms for working in partnerships with other relevant organisations within Criminal Justice. This is particularly true in relation to the areas of social inclusion and health area (schools, employment organisations, local government, etc). Central to this is the existence of good and effective communication strategies between all stakeholders, social and public media, and the public as a whole. 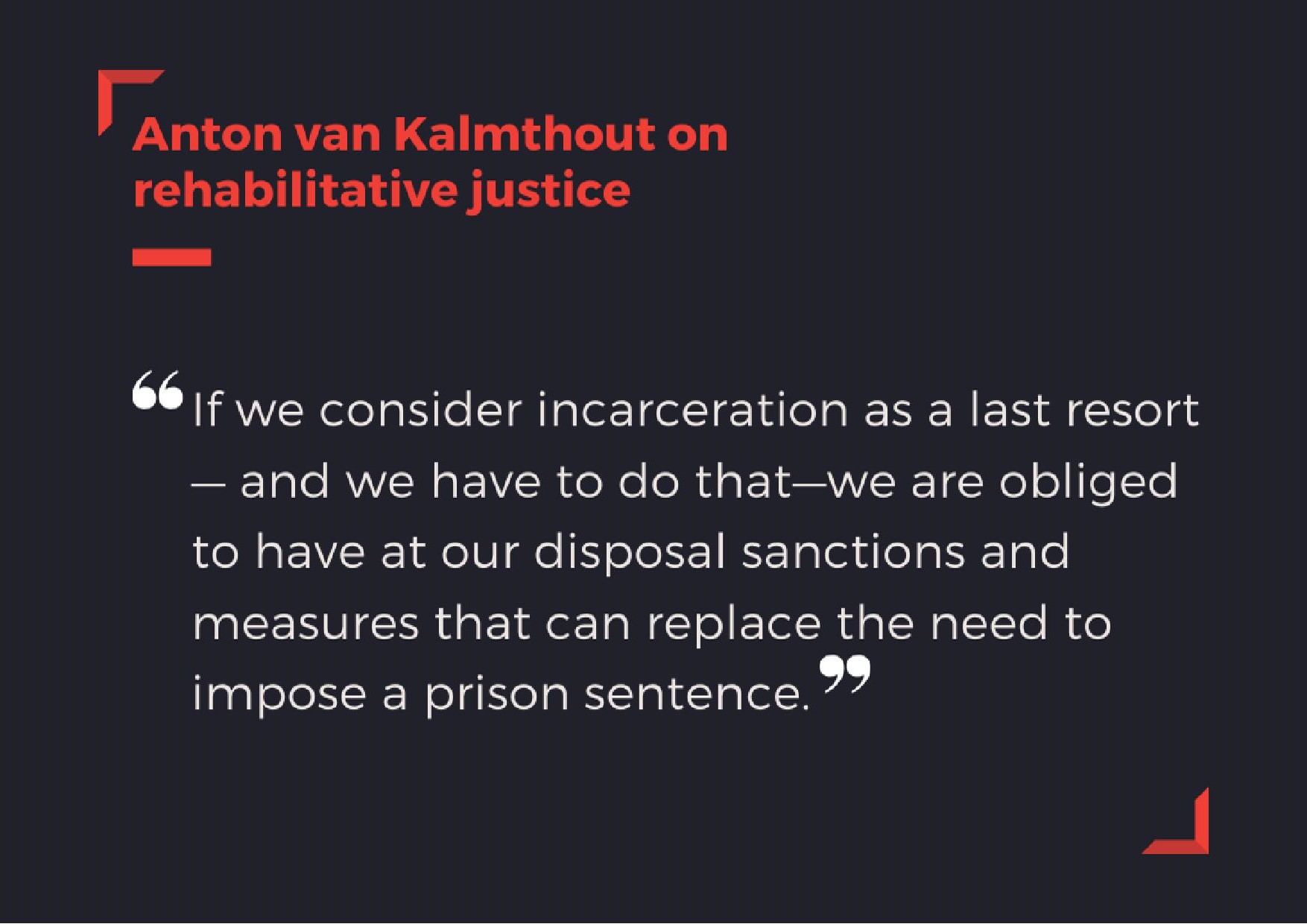 Interviewer: Earlier in our conversation we talked about what the key aims and objectives in developing probation systems should be.

In your experience, what barriers – be they cultural, legislative or practical – may need to be overcome in the development of an effective probation system?

Anton van Kalmthout: Barriers that need to be overcome are numerous! For example, the persistent idea in society that criminality and imprisonment are automatically connected to each other, high minimum sentences prescribed by law, the high number of pre-trial detainees in many countries (making it almost impossible to replace imprisonment with non-custodial sanctions), the punitive climate that many countries have inherited from the “Iron curtain” period, and the lack of interest of governments and political parties to acknowledge that criminal policy should be a form of social policy. Hostile attitudes towards foreigners, which results in their overrepresentation in prisons is also an issue, as is the lack of professionally educated probation staff, lack of professional risk assessment instruments. There is also a need to develop probation systems thoughtfully and countries must avoid uncritically copying the probation systems of other countries, overburdening probation staff, to introducing too many/quickly probation modalities to new national systems.

… partnerships and joint-ventures… offer the opportunity to broaden the organization’s [NHC] scope to other parts of the world where there is an increasing need and strong desire, to establish probation systems and to learn best practice from other countries.”

Anton van Kalmthout: It should be good after such a long period to set up an academic meta-analysis of these projects, their output, and outcome, to make a cost-benefit analysis, and see what lessons can be learned for the next steps to take.

Interviewer: Professor Van Kalmthout, thank you so much for taking the time to answer our questions on probation and alternative sanctions.

I wonder if, as a final question, I might ask you a little about the NHC, an organization with which you were, and remain, closely involved with. What advice would you give to the NHC for its future development?

Anton van Kalmthout: Continue doing good work and try to be involved in more relevant partnerships and joint-ventures. This will offer the opportunity to broaden the organization’s scope to other parts of the world where there is an increasing need and strong desire, to establish probation systems and to learn best practice from other countries. With its experience, NHC has a lot to offer.