“What I know is that we don’t stop here” – Elga Mitre, Senior Political Advisor, Embassy of the Netherlands in Albania

From a devastating earthquake to feeling the full effects of COVID-19, despite the numerous hardships that our project partners and beneficiaries in Albania have had to face, they have shown immense resilience. This came to the fore in one of the final events on 10 September for NHC’s Access to Justice project: Countering Discrimination and Protecting LGBTI Rights in Albania. We were joined by representatives from all the stakeholders, and despite the hardships, as Marije Cornelissen, from COC Nederland pointed out, “they’re here and they persevere.” These qualities of resilience and perseverance have been integral to the success of the project and the continuation of the work long even after the project has finished.

“The success of this project lies in top down and bottom-up interactions” – Reinout Vos, Ambassador, Embassy of the Netherlands in Albania

The project aims to increase the capacity of different stakeholders in reporting cases of LGBTIQ+ hate crimes and discrimination by members of law enforcement, building upon the national action plan on LGBTIQ+ rights in Albania. In order to achieve this, the project consisted of two components. The first, coordinated by the NHC, involved working together with different justice chain actors to create a common response in the future. For instance, the NHC developed a brochure for the police, as a concrete tool for the police to respond efficiently and appropriately to reports of hate crimes by the LGBTIQ+ community. Cornelissen of COC Nederland introduced the second component of the project, where an e-learning module has been developed for local civil servants.

The project itself has produced numerous successes, including an event where a member of an LGBTIQ+ NGO had to report an incident of hate crime in the police office. An officer who had followed the training picked up the case and dealt with the case in an appropriate and friendly manner, directing them through to the appropriate authorities. While these events give hope, a concern was raised during the meeting that Albania is simultaneously witnessing a worrying increase in online hate speech. Xheni Karaj, director of Aleanca LGBTI, shared her concerns:

“What I see is that internet crimes are a new form of crimes, and the mechanisms in place are not good enough to stop it.” – Xheni Karaj, Director, Aleanca

In her own experience, most of the threats are from fake accounts, which are very difficult to trace. Karaj gave another example of online crimes that take place on dating apps. Here “straight men create profiles to meet with a gay person,” the men then attack or make a video featuring sexual content, and the video is then used to blackmail the victim for fear of exposure. The latter is extremely concerning and a much more widespread problem as Karaj pointed out:

“most of the community are not out, so they don’t want to go to the police as they’re afraid of confidentiality.” 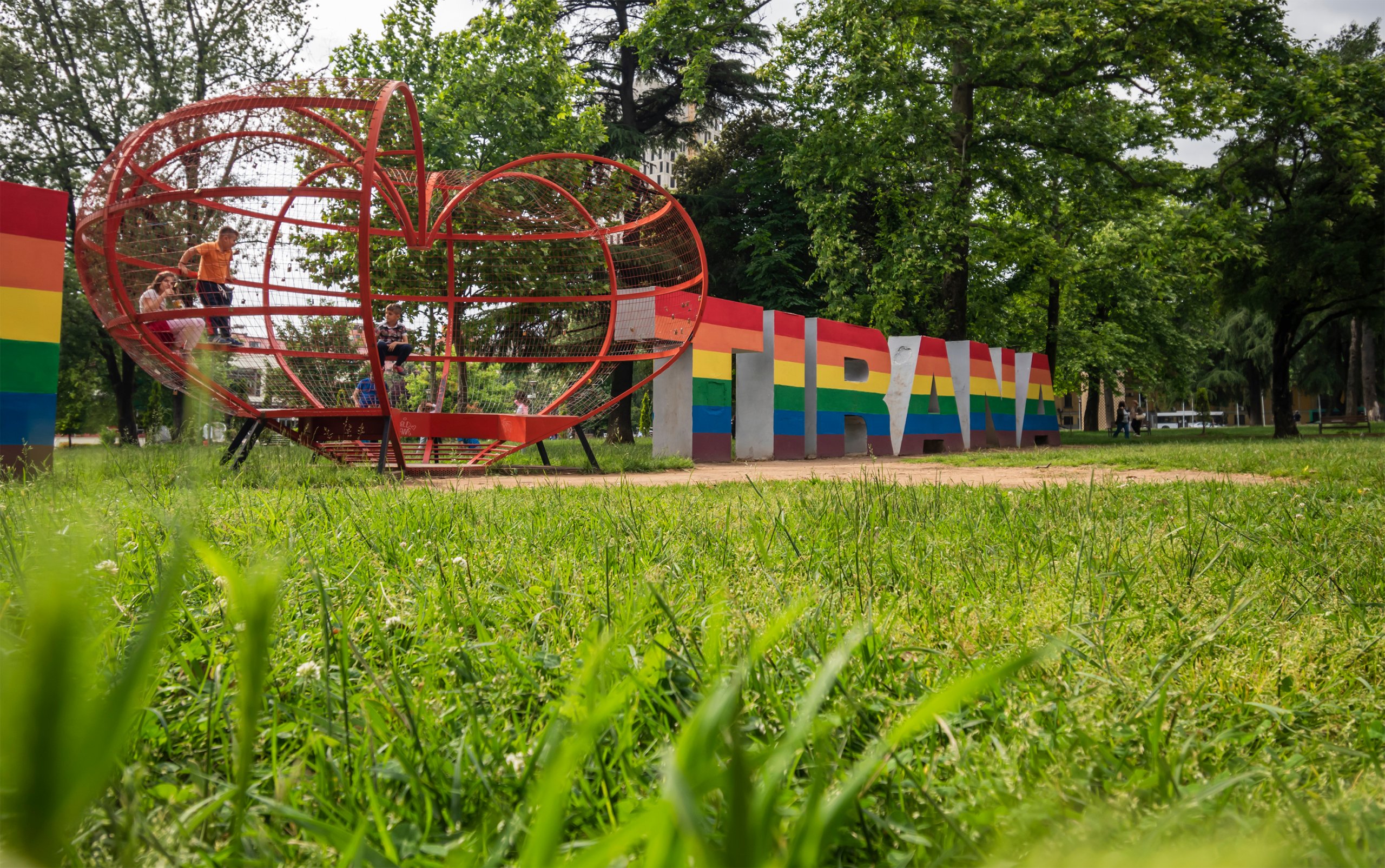 While “there was a lot of development concerning the police, the problem now lies with the prosecution” according to Karaj. If the case is not obviously physically violent then it is not registered as a hate crime and the case is closed. Tetis Lubonja, Director of Integration and projects at the Albanian ministry of Justice, reemphasised this concern during the discussion on possible forms of future cooperation between stakeholders during the event. She also highlighted that the work is currently conducted on a voluntary basis, “but it should be the government who takes it seriously, although I am working at the Ministry of Justice, the conversation is very vague about LGBTIQ+ rights and it is an important issue.”

Livia Zotrija from Aleanca LGBTI added to this, and expressed her concern that they are “seeing a lack of implementation of the law.” Zotrija stated that all the institutions have a role to play in ensuring that the laws are implemented and that the general population is educated about this law. A law that impedes people to incite hate speech, for example, would be extremely beneficial: “not only for the LGBTIQ+ community but every community that faces discrimination.”

While there are some clear positive results from this project, there remains work to be done.

“What the project has shown is that connections and ties were lain down will continue on long after the end of this project, and the groundwork exists to take this further.” – Hester van Ommeren, Programme Officer at NHC

A case in point being that, during the course of the meeting, partners in Albania decided on creating a working group to continue the work after the completion of the project. This move is an immense success for the project and points to the success in creating lasting ties within the community to bring about sustainable change.